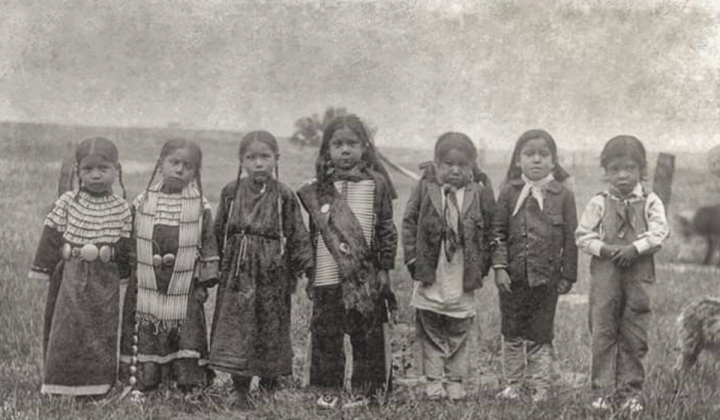 Catholic churches in Canada burned last summer. One arson after another turned much of Canada’s Catholic heritage into ash and smoke. Canadian politicians did nothing to stop the hate crimes. Some among the Canadian hard-left “elite” cheered it all on. The American media voiced its sympathy… with the arsonists.

The Canadian authorities might have been dispatched to stand guard at churches during the arson spree. Perhaps some churches could have been saved. But there was probably little manpower to spare. Canada’s fascist government was very busy persecuting Christian pastors and truck drivers. In all, nearly six dozen churches were torched. It was one of the most egregious hate crimes in North America against Christians or Jews, bringing to mind ugly memories of the bombings at Black churches in Birmingham, or the mass slaughter by followers of the Religion of Peace on September 11, 2001. Ottawa and Washington yawned.

(This summer, it’s the Americans’ turn. Pro-life centers and Christian pregnancy outreach clinics are being vandalized and firebombed. Some of this is apparently instigated by terrorists at major American universities. The authorities are doing nothing.)

To date, not a single body has been found in those “mass graves.” All the “graves” are empty, just dirt and tree roots. It was all a lie.

The reason for the arsons in Canada in 2021 was that “mass graves” had been found at former First Nations schools run by the Catholic Church. A shameful history. A horrific past.

And also fake news. To date, not a single body has been found in those “mass graves.” All the “graves” are empty, just dirt and tree roots. It was all a lie.

Pope Francis has been in Canada recently apologizing for all this. It never happened, but he’s sorry anyway. Empty graves, a monstrous falsehood—and Francis is wallowing in anti-Catholic masochism because of it.

Surely this won’t be Francis’ last penitential pilgrimage to a fake mass grave. Show him a fake empty grave anywhere in the world, pin the non-existent crime on the Catholic Church, and Francis will hop the next ITA Airways flight to grovel with you in person.

What a strange fixation for a pope to have. Empty graves—there must be something Freudian to it. Because, as anyone who was catechized outside of a Novus Ordo fake Catholic parish can tell you, it was an empty grave that started the religion in which Pope Francis no longer even pretends to believe. It was an empty grave near Jerusalem that changed everything. It was an empty grave that sent believers in the Risen Christ to the ends of the earth, there to take in the orphans and poor of the world and give them succor in the name of the God-Man Who conquered death.

The fake empty graves in Canada will do nothing but sit there, mere clods of earth. Christ’s empty grave broke the devil’s monopoly and ruined forever his designs to gain revenge against the Living God.

There are many Christian Native Americans, many Christian First Nations people. Christ died for everyone. His Resurrection is the only thing that ever could or will bind mankind in true brotherhood.

The empty grave is a miracle in tandem with the Blessed Mother’s empty womb, which suddenly, by the Grace of God, bore eternal life. The empty grave will lead to many, many more empty graves come Judgment Day. The fake empty graves in Canada will do nothing but sit there, mere clods of earth. Christ’s empty grave broke the devil’s monopoly and ruined forever his designs to gain revenge against the Living God.

Francis rejected this. Francis sold out to the father of lies. The devil whispers to Bergoglio, and the pontiff works for the empty grave’s former occupant’s ancient enemy now.

Bergoglio’s fake-empty-grave number is not just bad theater. Not at all. It is blasphemy, stunning and daring blasphemy directed at the Most High.

What demonic spite we see, and don’t even realize what we are seeing. Pope Francis goes to Canada to wear sackcloth and feathered headdresses at the empty graves of non-existent Native victims eulogized by the fake news media and the “elites” in North American government and academia. (One Canadian academic called out the fake news industry—she was fired.) The farce is almost comical. Chief Pope That Is Woke. A cheap joke for an easy laugh. But look closely and you can see that it is pure hatred. Bergoglio officiates at a mockery of Our Lord. He points to fake empty graves with fake compassion and fake outrage, as if to say, “See, all empty graves are a lie.”

Bergoglio is not in Canada just to make a fool of himself. He is doing plenty of that, yes. But his larger purpose is utterly sinister. Bergoglio seems to hate Christianity, and indeed Christians in general. He surely wanted to visit the place where churches burned. It’s something for Francis to celebrate. But he also wanted, above all, to spite God.

“Empty graves—what a bunch of nonsense. So rigid, those who believe in empty graves! And that other empty grave… Well, who am I to judge?”

Whatever Bergoglio does now, he does for a dark master who is emphatically not the Risen Christ. Bergoglio in Canada is not just putting on a pathetic pope-and-Indian show. He is advancing his true cause: to destroy the Church which the Victor over a grave two thousand years ago founded for our salvation. Bergoglio’s fake-empty-grave number is not just bad theater. Not at all. It is blasphemy, stunning and daring blasphemy directed at the Most High.

[Comment Guidelines - Click to view]
The Remnant values the comments and input of our visitors. It’s no secret, however, that trolls exist, and trolls can do a lot of damage to a brand. Therefore, our comments are heavily monitored 24/7 by Remnant moderators around the country.  They have been instructed to remove demeaning, hostile, needlessly combative, racist, Christophobic comments, and streams not related to the storyline. Multiple comments from one person under a story are also discouraged. Capitalized sentences or comments will be removed (Internet shouting).
The Remnant comments sections are not designed for frequent personal blogging, on-going debates or theological or other disputes between commenters. Please understand that we pay our writers to defend The Remnant’s editorial positions. We thus acknowledge no moral obligation whatsoever to allow anyone and everyone to try to undermine our editorial policy and create a general nuisance on our website.  Therefore, Remnant moderators reserve the right to edit or remove comments, and comments do not necessarily represent the views of The Remnant.
back to top
Last modified on Tuesday, August 2, 2022
Tweet

More in this category: « How About We Keep the Papacy and Dump Bergoglio? Forty New Bills »