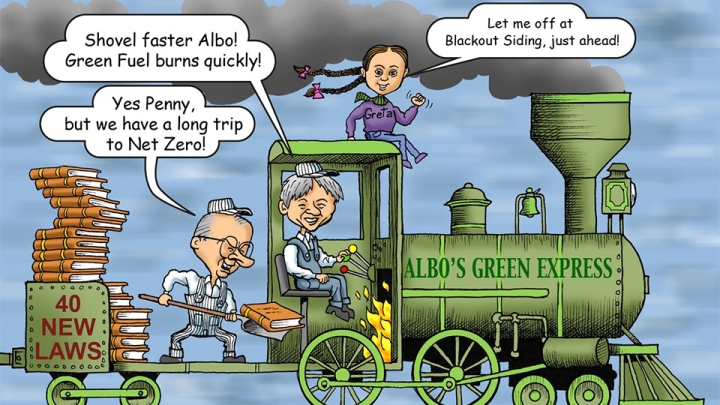 There is an ominous buzz in the new Australian Parliament - Albo and the Greens are planning to pass 40 new bills, quick smart.

Each bill will probably need 100 new regulations and 200 new inspectors, auditors and enforcers plus many new taxes and fees. They will not deliver “Net-Zero” – they are “Net-Negative” – they will divert labour and capital from productive activities to bureaucracies and green energy speculators.

Where are the 40 old bills that Green-Albo will REPEAL to make room for these 40 wordy additions to Australia’s already overflowing legislative sewer?

We need a new political party dedicated solely to REPEAL of costly, destructive or useless legislation.

Australia has thrived for over 200 years without Green-Albo’s forty new laws. So they can be safely rejected or repealed, and followed out the door by most of the legislation introduced under the baleful gaze of the Green Quad – Gillard, Rudd, Turnbull and Morrison. A safe policy for the new Repeal Party is “Last in, First Out”. 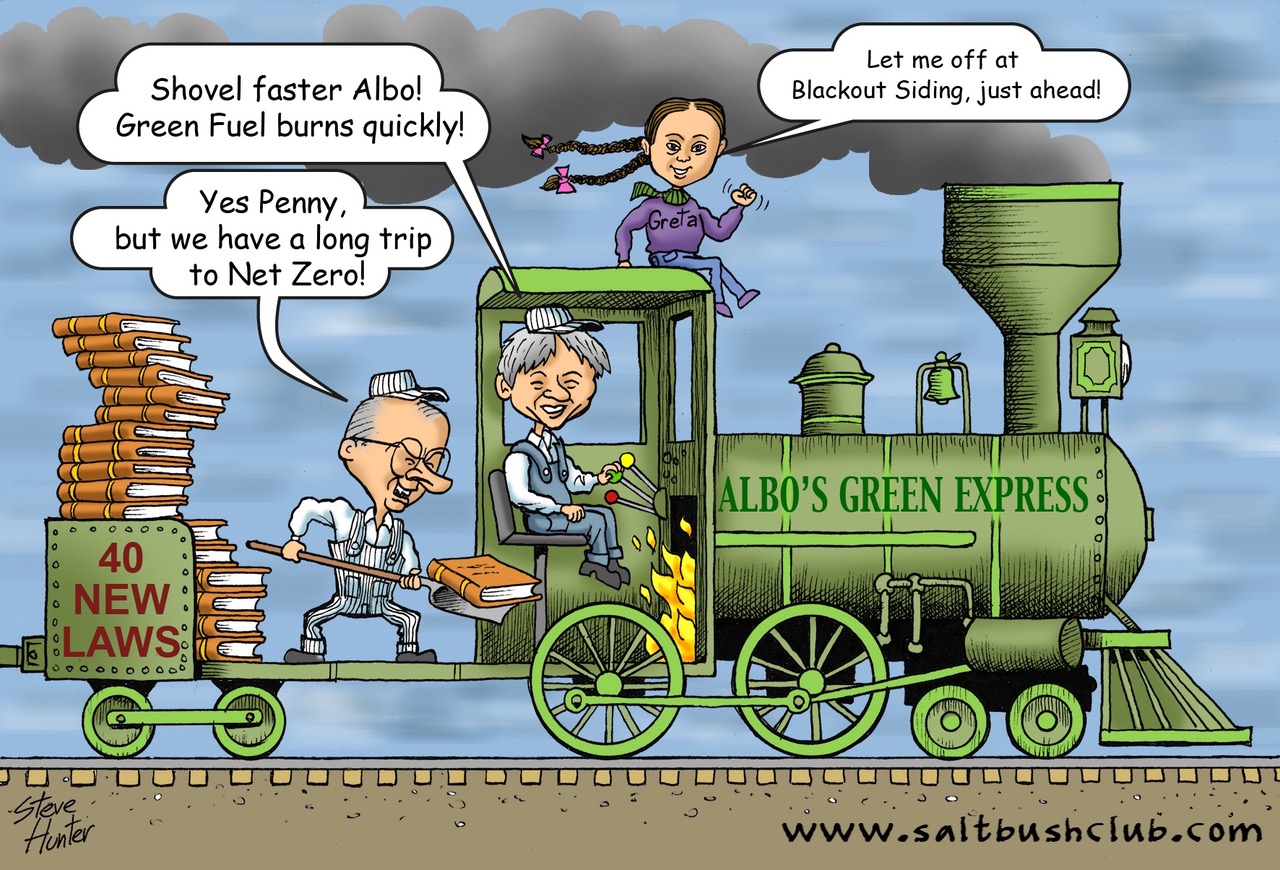 Not only is it imperative to start the domestic repeal movement, Australia also needs to back out of the international agreements swamp. Top priority here is to withdraw from the Paris Climate Agreement.

Probably the worst bill in Green-Albo’s legislative avalanche is “The Climate Change Bill”. This dreadful piece of legislation gives the government the ability to “ratchet up” green targets without new parliamentary approval, but makes it difficult for future governments to ratchet back these targets. This will clutter rural Australia with imported solar panels and windmills, and destroy forests and grasslands with spider-webs of roads and transmission lines. It will make blackouts more likely and destroy any heavy industry we have left. Filling our cities with electric cars will stress the electricity grid and add greatly to urban fire risks. And in 15 years (or after every cyclone) we will have an enormous problem trying to dispose of the worn-out, non-degradable wind and solar generator debris.

Wind and solar are almost useless without big battery storage. But Turnbull’s Green Elephant, the Snowy 2 pumped hydro, is way behind in time and way ahead in costs.

Australia survived booms and busts, two World Wars and the Great Depression only to see the Builder Generations outvoted by the Spoiled Brat generations – the Baby Boomers, the Millenniums, Blockade Australia and the Thunbergs.

Not only have Albo and the Green-Teals captured Australia’s Parliament, they also dominate the school rooms, the education departments and most of the media. Climate activism is encouraged in schools at the expense of maths, science and engineering. The Builder Generations are depicted in education propaganda not as wise elders but as “Cranky Uncles”.

No wonder we are cranky.

[Comment Guidelines - Click to view]
The Remnant values the comments and input of our visitors. It’s no secret, however, that trolls exist, and trolls can do a lot of damage to a brand. Therefore, our comments are heavily monitored 24/7 by Remnant moderators around the country.  They have been instructed to remove demeaning, hostile, needlessly combative, racist, Christophobic comments, and streams not related to the storyline. Multiple comments from one person under a story are also discouraged. Capitalized sentences or comments will be removed (Internet shouting).
The Remnant comments sections are not designed for frequent personal blogging, on-going debates or theological or other disputes between commenters. Please understand that we pay our writers to defend The Remnant’s editorial positions. We thus acknowledge no moral obligation whatsoever to allow anyone and everyone to try to undermine our editorial policy and create a general nuisance on our website.  Therefore, Remnant moderators reserve the right to edit or remove comments, and comments do not necessarily represent the views of The Remnant.
back to top
Last modified on Wednesday, August 3, 2022
Tweet
More in this category: « On Empty Graves The Convictions that Fueled Archbishop Marcel Lefebvre’s Heroic Life »