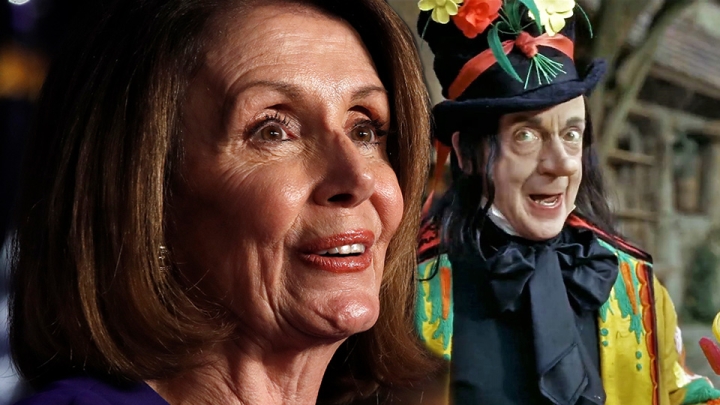 Less than two months ago, the Supreme Court overturned its most egregious ruling in Roe v. Wade, placing the issue of abortion with each state legislature.

Democrats had not been this incensed since President Lincoln freed their slaves and the public schools were desegregated. Their rage spilled over to a volunteer pregnancy center in Oregon that was firebombed and defaced with graffiti declaring: “If abortions aren’t safe, then neither are you.” Other pregnancy sanctuaries in Wisconsin. New York and Illinois were targets, too.

Corporate America weighed in with Dick’s Sporting Goods promising to fly pregnant employees to states that provide abortion if they live in a state that restricts it. Some bizarre ironies write themselves.

Even Supreme Court justices face the pro-abortion wrath. Proving that provided you do not share and celebrate the left’s ideology, you are a horrible racist, vile homophobic, and a disgusting misogynist, who must be severely punished and cancelled.

Nancy Pelosi, who from a side profile, resembles the child catcher in the film Chitty Chitty Bang Bang should introduce: The Childless Care Act 2023.

The first state to put abortion to a referendum was Kansas. The result was a stunning victory for pro-aborts with an overwhelmingly 59% to 41% margin that will maintain their state abortion law.

The question: As Kansas goes, so does America?

Democrats are touting the Kansas backlash vote to bring them victory in November’s pivotal midterm elections that would maintain their control of Congress. Forget rising inflation, energy costs and crime, only three of a plethora of national ills. Similar reasoning failed Democrats when Texas’s fetal heartbeat law did not help them earlier this year in Virginia and New Jersey.

Democrats are so enamored with abortion that then New York Gov. Andrew Cuomo had the Empire State Building lit up to celebrate the passage of the most extreme abortion law in the country.

The left denies the existence of morality rejecting any law upholding a child’s life in the womb. Abortion is sacrosanct and the highest ritual of secular relativism. Democrats claim to be for the little guy, yet their sweeping embrace of unconstrained abortion serves as a death sentence upon millions of the most innocent and vulnerable among us.

It would parallel the Massacre of the Innocents, but this time it would be just all children in the womb from sea to shining sea.

Some cities are going extreme on abortion by outright rebuking their state governments. In Austin Texas, the city council approved legislation titled: Guarding the Right to Abortion Care for Everyone, known as the GRACE Act. You can’t make this stuff up. To piggyback off that perhaps outlawing all child births in 2023 will assuage Congressional Democrats’ zealotry.

Nancy Pelosi, who from a side profile, resembles the child catcher in the film Chitty Chitty Bang Bang should introduce: The Childless Care Act 2023. It was Sir Robert Helpmann whose role in that film earned him being named one of the “50 Most Vile Movie Villains” rivaling Pelosi as perhaps the most vile Speaker of the House. Joe Biden, whose presidency has been nothing short of a Monty Python skit, would be perfectly cast as the oblivious Baron Bomburst.

It would parallel the Massacre of the Innocents in Matthew’s Gospel where King Herod orders the execution of all male children two years old and under in Bethlehem, but this time it would be just all children in the womb from sea to shining sea.

The enduring and insatiable demand for abortion unveils the true moral rot plaguing the nation’s core.

Randi Weingarten, President of the American Federation of Teachers, would love it. No class of 2041, another year of infamy. Beginning within a short five years, every grade from kindergarten through senior year of high school would guarantee one grade of teachers’ an entire year paid sabbatical. Think of the carbon emissions footprint spared. No birth certificates, social security cards, driver’s licenses, and forget those quinceañeras, sweet sixteen’s and, and certainly no 21st birthday celebrations.

Economic ripples would be devastating and far reaching, but long-term thinking has never been a strength of the left.

The enduring and insatiable demand for abortion unveils the true moral rot plaguing the nation’s core.

Abortion is the murder of an innocent human life.

This reality does not change from state to state.

Any law that permits the killing of unborn children is evil even if it is the will of the people. Perhaps one day Americans will view legalized abortion as they now comprehend slavery where each is considered unthinkable and regulated to the ash heap of history.

[Comment Guidelines - Click to view]
The Remnant values the comments and input of our visitors. It’s no secret, however, that trolls exist, and trolls can do a lot of damage to a brand. Therefore, our comments are heavily monitored 24/7 by Remnant moderators around the country.  They have been instructed to remove demeaning, hostile, needlessly combative, racist, Christophobic comments, and streams not related to the storyline. Multiple comments from one person under a story are also discouraged. Capitalized sentences or comments will be removed (Internet shouting).
The Remnant comments sections are not designed for frequent personal blogging, on-going debates or theological or other disputes between commenters. Please understand that we pay our writers to defend The Remnant’s editorial positions. We thus acknowledge no moral obligation whatsoever to allow anyone and everyone to try to undermine our editorial policy and create a general nuisance on our website.  Therefore, Remnant moderators reserve the right to edit or remove comments, and comments do not necessarily represent the views of The Remnant.
back to top
Last modified on Wednesday, August 10, 2022
Tweet