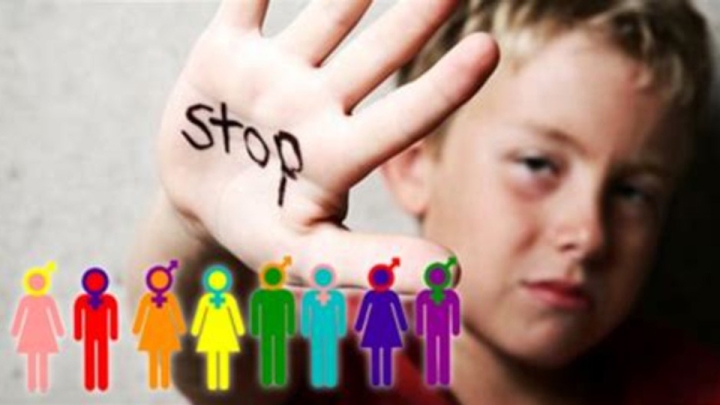 I sent a paper off to a journal a while back. Doesn’t matter which journal or what the paper was about. What’s interesting to me is a comment I got in one of the reader reports. An anonymous reviewer of my manuscript did not like that I used the female pronouns to refer to a country. I was informed that doing so was highly offensive, and that I should refrain from ever doing it again. Academia is an adventure, my friends. As I think Johnny Carson used to say, or maybe Jimmy Stewart, I did not know that.

Well, I guess there is to be no more singing of amber waves of grain. For God crowned her—meaning America’s—good with brotherhood, but in the new dispensation one deploys pronouns the same way one handles loaded guns. And I suppose Lee Greenwood had better change the lyrics to his perennial hit single. For while we still proudly stand up next to him, we defend America, not her, still today.

You can see right off the bat that one of the goals of this speech policing is to destroy beauty. Using the female pronoun for a country is poetic. Gender and women’s studies is, at its most basic, research into how poetry is flagellated into dead prose. Was the reader of my little essay offended by my use of the female pronoun to refer to a country? Maybe. But more likely is that the reader was offended by something even remotely, even conventionally, beautiful.

One does not call a country, or a ship, she because one thinks that a country or a ship has an F next to its name on a driver’s license. One calls a ship or a country she because one thinks that there is a collective spirit to it, and because the collective spirit, the many as one, tends to be mysterious, and the mysterious, on my reading at least, tends to be feminine. Not female. Feminine. Yin. The pronoun of a country has precisely nothing to do with the pronoun of Kamala Harris.

The confusion you feel is the fuel for the Stalinist control machine.

If you don’t know that, and don’t care to know that, then you are a perfect candidate for joining a gender and women’s studies program.

And then there’s the obvious Stalinist angle to political correctness, the use of word rules—a form of Calvinball, really, in which the game is played however the gender and women’s studies harpies say it is on a given day—to control the mind and all of society with it. Nothing surprising there. We’ve seen it all before, a thousand and one times just today.

For instance, take this headline from Breitbart: “Ontario School Defends Male Teacher Wearing Gigantic Prosthetic Breasts To Class”. I wish this were some kind of coded message, but, alas, look it up for yourself and you will find that it is really just as the headline describes. And those who look at the “male teacher wearing gigantic prosthetic breasts to class”—which he is, and which they are—are, we are told by leftists, misogynistic. Hey. Don’t make fun just because dude looks like a lady! If you make fun of the man with the fake bikini body, then you’re, um, being rude to women.

The confusion you feel is the fuel for the Stalinist control machine.

What we have here, ladies and gentlemen—dreamers of all ages!—is some gender trouble. Set me up on a date with Ellen and call me Judith Butler. There is trouble in Genderville, and it’s beyond weird.

But anyway you already knew this. Let’s get past this then. There’s something else going on that I wanted to discuss. Here it is in brief. To get back to the reviewer report: You can’t call a country a she, but you can call a he a she.

Let me repeat that. You can’t call a country a she, but you can call a he a she.

What we have here, ladies and gentlemen—dreamers of all ages!—is some gender trouble. Set me up on a date with Ellen and call me Judith Butler. There is trouble in Genderville, and it’s beyond weird.

Think about it for a minute. One can’t call a country by a feminine pronoun, because it’s offensive. That’s not just one reviewer saying that. That’s the new norm in academia. Look it up. Chicago, APA, everyone is moving in that direction.

But. One CAN call a man a woman. One MUST call a man a woman if that man claims to be a woman trapped inside of a man. That’s well beyond saying that a teacher in Ontario is obviously, comically, wearing a false bust. That’s saying that you must destroy your reason and your entire mind to accommodate the impossible, and yet necessary, proposition that that man is not just dressed like a woman, but is indistinguishable from, say, your grandmother, or your wife.

[Comment Guidelines - Click to view]
The Remnant values the comments and input of our visitors. It’s no secret, however, that trolls exist, and trolls can do a lot of damage to a brand. Therefore, our comments are heavily monitored 24/7 by Remnant moderators around the country.  They have been instructed to remove demeaning, hostile, needlessly combative, racist, Christophobic comments, and streams not related to the storyline. Multiple comments from one person under a story are also discouraged. Capitalized sentences or comments will be removed (Internet shouting).
The Remnant comments sections are not designed for frequent personal blogging, on-going debates or theological or other disputes between commenters. Please understand that we pay our writers to defend The Remnant’s editorial positions. We thus acknowledge no moral obligation whatsoever to allow anyone and everyone to try to undermine our editorial policy and create a general nuisance on our website.  Therefore, Remnant moderators reserve the right to edit or remove comments, and comments do not necessarily represent the views of The Remnant.
back to top
Last modified on Wednesday, October 5, 2022
Tweet

More in this category: « Observations from the Berm Our Lady Crushes the Head of the Ancestor Spirits »