Reports of Demonic Possession Increasing Since “New Rite” of Exorcism 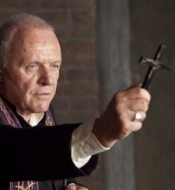 Organizers of a recent exorcism conference in Rome spoke to the Telegraph Newspaper about the growing problem of demonic possession:

…Giuseppe Ferrari, from GRIS, a Catholic research group that organized the conference, said there was an ever growing need for priests to be trained to perform exorcisms because of the increasing number of lay people tempted to dabble in black magic, paganism and the occult...

About 250 priests were trained as exorcists in Italy, but many more were needed, the conference organizers claimed.

“Just in the dioceses of Rome, around a third of calls that are received are requests for the services of an exorcist,” said Fr Cesar Truqui, a priest and exorcist from Switzerland and a member of the Legionaries of Christ, a conservative Catholic order.

What was not mentioned, however, is that the Congregation for Divine Worship replaced the traditional rite of exorcism with a new one in 1999. In 2001 the famous Father Gabriele Amorth, founder and honorary president of the International Association of Exorcists was interviewed about the new rite by 30 Days magazine.

In the interview Fr. Amorth stated, “A Rite so long-awaited has turned out to be a joke, an incredible cord that is tying us in knots in our work against the Devil."

Fr. Amorth was later asked the following direct question, “Are you saying that the new Rite is useless in the struggle against the Devil?” His response:

In 2002, Father X, who holds an STL in Dogmatic Theology, wrote about the tragedy of the new exorcism rite in Latin Mass Magazine. He stated:

…The new ritual scandalously gives the priest a choice of two forms of exorcism, which it calls “deprecatory” and “imperative.” “Deprecatory” means a prayer to God, in this case to ask Him to deliver the demoniac. “Imperative” means a command issued to the demon in the name of God to depart. The imperative formula is a real exorcism, but the deprecatory form is not an exorcism at all. A prayer is a request to God; an exorcism is a command to a demon. The so-called “deprecatory exorcism” is simply a petitionary prayer to God. It is not an exorcism. (If it is an exorcism, then the final petition of the Lord’s Prayer, “deliver us from evil,” would also be an exorcism!)

As with the so-called “exorcism” in the modern Rite of Baptism, simply placing the sub-heading Exorcism does not make what follows an exorcism. What is extremely worrying is that, according to the new rubrics, the deprecatory form must always be used, but the second form, the imperative, is an optional extra. What lies behind this change? The same denigration of the priesthood described above. It is a true Protestantization: the reduction of the ordained priest to the level of the common priesthood. It is the fruit of embarrassment about the visible priesthood. It is the mentality that is at work when a priest says at the end of Mass: “May Almighty God bless us….” When a priest does that, he is losing his identity, and is uncomfortable about the fact that he is different, and that he can confer blessings…

…Dishonest is the use of the word instauratum (restored) in the subheading of the title page: the new exorcism ritual is in no way a restoration. It is a fabrication. The Latin should have read fabricatum or innovatum or maybe concoctum!...

Although use of the old rite can be permitted, this permission is predictably at the mercy of the Bishop:

According to the president of the International Association of Exorcists, Father Gabriele Amorth (30 Days, no. 6, 2001), when the new rite was ready, Cardinals Ratzinger and Medina sought to add a provision in its introduction authorizing the use of the previous rite. This move of theirs was rejected, so Cardinal Medina issued a separate notification that an exorcist can use the old rite if his bishop asks the Congregation for Divine Worship, who will “gladly provide the requested permission” (Notitiae, vol. 35, 1999).

Whether Summorum Pontificum included the right of every priest to use the old rite of exorcism is not clear. What is clear, however, is the attitude of most modern bishops towards exorcism. As Fr. Amorth explained:

We have a clergy and an Episcopate who no longer believe in the Devil , in exorcism, in the exceptional evil the Devil can instill, or even in the power that Jesus bestowed to cast out demons…We have entire Episcopates trying to counter exorcism. We have countries completely devoid of exorcists, such as Germany, Austria, Switzerland, Spain and Portugal. This is a shameful shortfall.

…The bishops are the first victims of this situation in the Catholic Church, whose belief that the Devil exists is fading. Before this new Rite came out, the German Episcopate wrote in a letter to Cardinal Ratzinger that there was no point in a new Rite in that exorcisms should no longer be performed…

…I could give you the names of so many bishops and cardinals who, on their appointment to a diocese, stripped exorcists of their faculty to perform the rite. Or there are bishops who openly say they don’t believe that these are things of the past…

The Pope continues to complain about the problem of the devil, and incidents of demonic possession are on the rise, especially in Rome. The primary reason for this surge of evil is the mass apostasy in the Church brought about the Council. The Council weakened the Church not only through its documents, but also through its implementation.

Although it took the conciliar implementers 34 years, they finally got around to destroying the last vestige of Catholic ritual and liturgical tradition in the Church’s rite of exorcism. If there is any doubt that the Council was used as a justification for destroying the rite of exorcism, one need only look at the references in the new rite’s Prefatory Decree. There the authors clearly cite the Vatican II document Sacrosanctum Concilium as the authorization for the “revision.”

May Our Lord please exorcise the Spirit of Vatican II from His Church…and fast.

(Note: A satire of the new rite of exorcism can be found here)

Published in Fetzen Fliegen
back to top
Last modified on Monday, May 19, 2014
Tweet

More in this category: « Womenpriests: Another Fruit of the Council U.S. Hispanics Leaving Conciliar Church in Droves »