THE GOOD COP FILES: The Priesthood of the Streets

In a powerful way, the police of America have become surrogate fathers to the legions of fatherless children who grow up to eke out a life of crime. Gilcrest didn’t become a priest—but that is because God had much more urgent pastoral work for him to do.
______________

Morgan Gilcrest just started his career as a police officer last year. In July of 2020, as the country exploded in anti-police violence ginned up by the China-controlled media, Gilcrest walked into a regional police academy in rural Virginia and began training to do the job he does now: patrol the streets of America with a target on his back.

Being a police officer is a calling. Time and again, police officers say that no one gets into police work for the glory or the money. Chasing after dangerous, drug-addled criminals—and then having to fend off defense attorneys who attack cops in court for keeping the rest of us safe—is not anyone’s definition of an easy desk job. You either love the work, or you quit early on.

In recent days the news has been filled with headlines about Martin Bashir. Bashir, a longtime mainstay at fake news outlets such as NBC, ABC, and MSNBC in the United States, first made his name in the same way that he and his fellow mainstream “journalists” make their careers: by lying. The headlines in the papers recently are about Bashir’s stunning downfall when it was finally admitted that he’d shot to the top of his profession by sinking to the depths of human depravity.

To Serve and Protect: The Truth about Police in America

Editor's Note: One of the key indicators of the pandemic insanity presently infecting our “enlightened” society is the war on law and order, specifically the push by communist agitators posing as social justice warriors to defund and disband the police. The same radicals that years ago decided parental discipline is detrimental to  the self-esteem of children, now assume the preposterous position of judging those whose job is to police the  urban chaos the “progressive” policies created.  And rather than admitting to the colossal failure of their own harebrained schemes, the “progressives” blame the cops to the point of making it nearly impossible for them to do their job.  But the “progressives" idealogues don’t actually intend to disband the police.  Once every homegrown, hometown, American-born cop has left the beat in disgust over the bureaucratic hogwash he’s got to endure on a daily basis, the push will be to bring in the “replacements”, i.e., the national and even international troops of the police state. One of the things we can do to prevent this and, by the way, stall The Great Reset in the process, is to back the blue. And that’s exactly what we’re doing with this new Remnant series. Good cops are the last line of defense and the only thing that stands between us and the police state of the New World Order.

I’m asking Remnant readers to get the word out to police officers and their spouses—Catholic or not—to share their stories with us,  or to sit for a Remnant interview,  or at least to submit the names and accounts of fallen police officers whom we will then honor in this new Remnant series. The cops are not the problem in the streets of America today. The politicians and their globalist puppeteers are. MJM

Glenn Is the Boy Karen

Growing up in the South is hard. Ask anyone from Appalachia, the Mississippi Delta, the cane fields of Louisiana, or the Hill Country of south-central Texas whether they were born with a silver spoon in their mouth, and you’re likely to get a wry smile in reply. ‘Silver spoons? Son, we didn’t even have a ceiling fan.’ “Luxury” is not on the menu wherever cornbread and collard greens are served.

On April 1, 2021, a man named Watanabe Mitsuomi emerged from a secluded enclave on the grounds of the Enryakuji temple on Mt. Hiei, on the outskirts of Kyoto. In keeping with a tradition stretching back nearly unbroken for twelve centuries, Watanabe—an unassuming-looking monk dressed in pale saffron robes and wearing nondescript eyeglasses under his shaved head—had spent every single day for twelve years rising at four a.m. to read aloud the Buddhist sutras. The former engineering graduate and company employee entered monastic life in 2002, and in April of 2009 he swore off television, newspapers, and other contact with the outside world. For twelve years after that, he devoted himself to prayer on Mt. Hiei, utterly alone.

In this overthrow of Ash Wednesday for Mask Wednesday, we can see in miniature the entirety of the Bergoglio papacy and of the Modernist revolution which precipitated it.
_______

Fr. Eric Nielsen, the good and Godly pastor at St. Paul’s Catholic Student Center in Madison, Wisconsin, was famous for his Ash Wednesday Masses. Madison is a pretty hostile place for Christians, but that only used to amp us Badger Catholics up. On Ash Wednesday in particular we would give thanks for the chance to bear witness in a Colosseum like the UW. Mass after Mass, starting in the early morning, was packed with students lining up to have Fr. Nielsen inscribe on their foreheads a stark notice that they were not running with the lost, that they were a breed set apart. Going through the day and seeing others with their black crosses was a sobering, and also heartening, reminder of who we are and what we are called to be.

Woke Logic: A Guide for the Perplexed 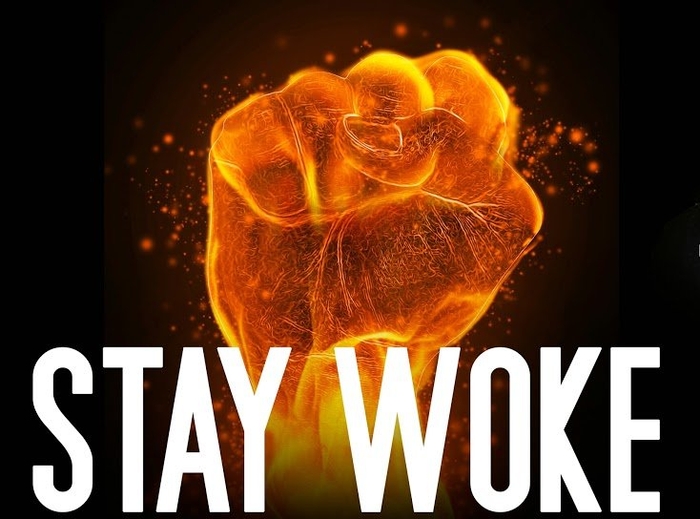 Dear Reader, if you are like me, you spend much of your day puzzling over the dogmas of our new Woke Overlords. White supremacy, systemic racism, #MeToo (but #NotMe!)—what is going on with logic and truth these days? 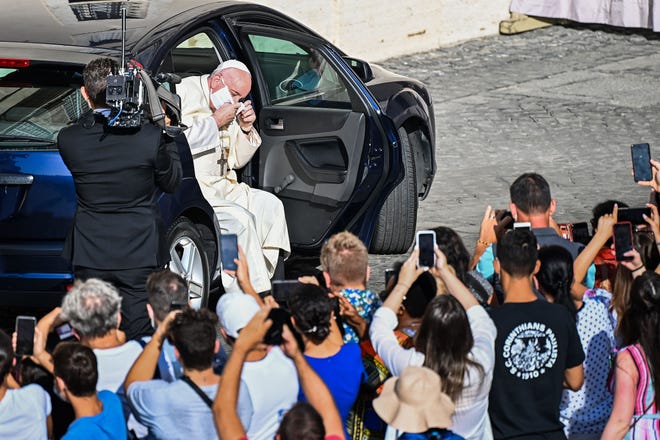 Readers might remember the “phishing” scheme that replaced telemarketing as the World’s Most Annoying Thing back in the aughts. The way the scam usually works is that a con artist sends out e-mails designed to look exactly like notifications from real banks, corporations, or government agencies. The e-mail asks the recipient—who believes he or she is communicating with a legitimate entity—to update passwords or provide other personal information. It’s a variety of the old bait-and-switch operation: an unsuspecting victim thinks one thing is going on, all above board and on the level, when in reality he or she is being had.

Pope Francis has met with the pro-abortion president of Argentina, Alberto Fernandéz. He met with Fernandéz’ mistress, too. Francis has met with contraceptive impresario Bono, with Obama, the tormentor of the Little Sisters of the Poor, and with hard-left activist Angelina Jolie. He’s met with George Clooney, Mark Zuckerberg, and Tim Cook. He even traveled to Havana to meet with the murderous communist dictator Fidel Castro, who spent half a century slaughtering Catholics in Cuba.

The Merciful One invited another murderous communist dictator, Chinese president and enthusiastic population-culler (usually by means of forced sterilization or forced late-term abortion) Xi Jinping, to the Vatican, but Xi had other chumps to hoodwink and so didn’t have time.

Katrina Jackson is a Democratic state senator from my home state of Louisiana. She obtained her JD from Southern University, one of the most prestigious institutions of higher learning in the network of Historically Black Colleges and Universities (HBCUs). Your nominating a lawyer trained at an HBCU would be a truly historic day for the country and for Southern, a legendary Louisiana university.

Published in Fetzen Fliegen
Tagged under
Read more...
Page 5 of 8