As Year of Mercy Closes: Faithful Catholics Urge Pope to Step Down 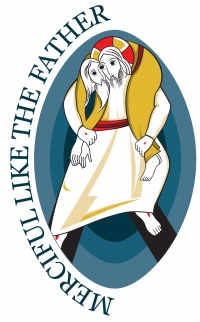 As the Year of Mercy comes to a merciful close—with not much more to show for itself than a lot of talk and an obscene-looking logo—there are rumors that Francis is going to announce something even more dramatic via his soon-to-be-released Apostolic Letter "Misericordia et Misera."

Alas, I fear that whatever Francis has in mind will serve only to further the agenda of scandal and revolution in the Church by which his pontificate has distinguished itself.  I pray that good things will come of the Apostolic Letter, even if I won't be holding my breath. (And, no, I do not consider the rumored forced "regularization" of the SSPX cause for jubilation.)

For us here at The Remnant, the close of the Year of Mercy reminds us that the situation in the Church under Pope Francis has only gone from bad to markedly worse over the past year.  One year ago, we submitted an Open Letter to Pope Francis which included this plea:

With no little trepidation, being under the gaze of the One who will judge us all on the Last Day, we your subjects respectfully petition Your Holiness to change course for the good of the Church and the welfare of souls. Failing this, would it not be better for Your Holiness to renounce the Petrine office than to preside over what threatens to be a catastrophic compromise of the Church’s integrity?

In this regard we make our own the words of Saint Catherine of Siena, Doctor of the Church, in her famous letter to Pope Gregory XI, urging him to steer the Church aright during one of her greatest crises: “Since He has given you authority and you have assumed it, you should use your virtue and power: and if you are not willing to use it, it would be better for you to resign what you have assumed…”

So, now what?  For us, the next step was decided in that same Open Letter to Pope Francis, in which we begged him to change course or consider stepping down. There's little more that can be done at this point, other than to pray he will indeed abdicate, as we believe the scandal of yet another abdication would be the lesser of two evils (the other being an interminable wrecking ball of a pontificate).

The harsh reality is this: Pope Francis has proven himself unfit for the august office he occupies. And if there were any lingering doubts about this, the eleventh-hour intervention on the part of four courageous Cardinals and their dubia should make it obvious to even the most benighted neo-Catholic.

But this is God’s holy Church, which means that Francis is first and foremost God's problem, and that of those to whom the governance of the Church has been entrusted.

As laymen, we can only pray: Please, God, have mercy on Your Church and remove this unfortunate man from the exalted office he now occupies. You spared us from the terrors of another Clinton Administration in the state, and now, Merciful Father, we beg You to take Francis into Your tender care -- and far removed from the governance of Your Church. This we humbly beg for ourselves, our children and all the peoples of the world: From a prolonged pontificate of Pope Francis, libera nos Domine.

This video, shot one year ago, provides some background on how and why we issued an Open Letter to  Pope Francis, which, by the way, not one of us was eager to write but all felt bound in conscience to submit:

[Comment Guidelines - Click to view]
The Remnant values the comments and input of our visitors. It’s no secret, however, that trolls exist, and trolls can do a lot of damage to a brand. Therefore, our comments are heavily monitored 24/7 by Remnant moderators around the country.  They have been instructed to remove demeaning, hostile, needlessly combative, racist, Christophobic comments, and streams not related to the storyline. Multiple comments from one person under a story are also discouraged. Capitalized sentences or comments will be removed (Internet shouting).
The Remnant comments sections are not designed for frequent personal blogging, on-going debates or theological or other disputes between commenters. Please understand that we pay our writers to defend The Remnant’s editorial positions. We thus acknowledge no moral obligation whatsoever to allow anyone and everyone to try to undermine our editorial policy and create a general nuisance on our website.  Therefore, Remnant moderators reserve the right to edit or remove comments, and comments do not necessarily represent the views of The Remnant.
back to top
Last modified on Sunday, November 20, 2016
Tweet