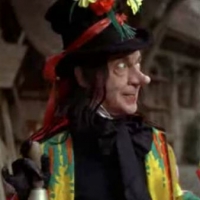 A crucial point made by the Gladstone Institute:

There have never been so many childless politicians leading Europe as today. They are modern, open minded and multicultural and they know that "everything finishes with them". In the short term, being childless is a relief since it means no spending for families, no sacrifices and that no one complains about the future consequences. As in a research report financed by the European Union: "No kids, no problem!".

Being a mother or a father, however, means that you have a very real stake in the future of the country you lead. Europe's most important leaders leave no children behind.

As Europe's leaders have no children, they seem have no reason to worry about the future of their continent. READ MORE HERE

REMNANT COMMENT: Funny, how the stuff of outrageous and formerly unthinkable works of fiction is becoming the new reality in Europe.

Gee, I wonder why it was so important to get rid of Europe's last Catholic Emperor...

[Comment Guidelines - Click to view]
The Remnant values the comments and input of our visitors. It’s no secret, however, that trolls exist, and trolls can do a lot of damage to a brand. Therefore, our comments are heavily monitored 24/7 by Remnant moderators around the country.  They have been instructed to remove demeaning, hostile, needlessly combative, racist, Christophobic comments, and streams not related to the storyline. Multiple comments from one person under a story are also discouraged. Capitalized sentences or comments will be removed (Internet shouting).
The Remnant comments sections are not designed for frequent personal blogging, on-going debates or theological or other disputes between commenters. Please understand that we pay our writers to defend The Remnant’s editorial positions. We thus acknowledge no moral obligation whatsoever to allow anyone and everyone to try to undermine our editorial policy and create a general nuisance on our website.  Therefore, Remnant moderators reserve the right to edit or remove comments, and comments do not necessarily represent the views of The Remnant.
back to top
Last modified on Monday, May 8, 2017
Tweet

More in this category: « Pope to Lead Catholics/Protestants in Anniversary Celebration of Charismatic Renewal Jesuits of Fordham Stand Strong Against ... Chick-fil-A? »