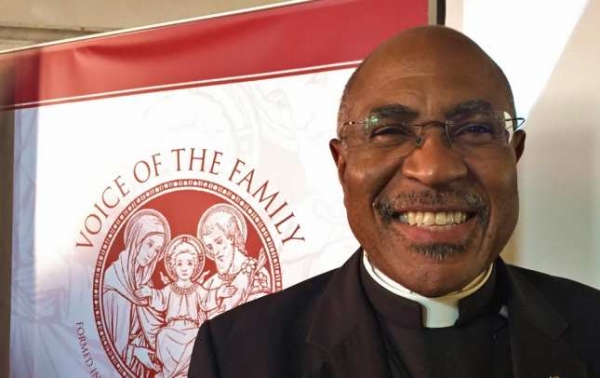 This just in from LifeSiteNews:  -- St. John Paul II’s 1976 prophetic warning about the rise of an “anti-Church” that would preach an “anti-Gospel” is being fulfilled today by leaders within the Catholic Church, even at the highest levels, said a priest in a talk given at a Catholic conference today in Rome. Fr. Linus Clovis of Family Life International said in his talk at the Rome Life Forum, organized by Voice of the Family, that the anti-Gospel of the anti-Church is often “indistinguishable from secular ideology, which has overturned both the natural law and the Ten Commandments.”

“This anti-Gospel, which seeks to elevate the individual’s will to consume, to pleasure and to power over the will of God, was rejected by Christ when tempted in the wilderness. Disguised as ‘human rights,’ it has reappeared, in all its luciferian hubris, to promulgate a narcissistic, hedonistic attitude that rejects any constraint except that imposed by man-made laws,” he said.  READ MORE HERE

REMNANT COMMENT: God bless and keep Father Clovis! This is one of the most revealing, explicit and truthful speeches given in the Eternal City in the post-conciliar era. He ties in Fatima, Amoris Laetitia and then courageously explains the role of Pope Francis in the rise of the Anti-Church.   Here, for example, is Fathers' take on AL:

“As a Trojan horse, Amoris Laetitia spells spiritual ruin for the entire Church. As a gauntlet thrown down it calls for courage in overcoming fear. In either case, it is now poised to separate the anti-Church of which St. John Paul II spoke from the Church that Christ founded.  As the separation begins to take place, each one of us, like the angels, will have to decide for himself whether he would rather be wrong with Lucifer than right without him."

This LifeSiteNews article should be sent to every priest and bishop in America.

[Comment Guidelines - Click to view]
The Remnant values the comments and input of our visitors. It’s no secret, however, that trolls exist, and trolls can do a lot of damage to a brand. Therefore, our comments are heavily monitored 24/7 by Remnant moderators around the country.  They have been instructed to remove demeaning, hostile, needlessly combative, racist, Christophobic comments, and streams not related to the storyline. Multiple comments from one person under a story are also discouraged. Capitalized sentences or comments will be removed (Internet shouting).
The Remnant comments sections are not designed for frequent personal blogging, on-going debates or theological or other disputes between commenters. Please understand that we pay our writers to defend The Remnant’s editorial positions. We thus acknowledge no moral obligation whatsoever to allow anyone and everyone to try to undermine our editorial policy and create a general nuisance on our website.  Therefore, Remnant moderators reserve the right to edit or remove comments, and comments do not necessarily represent the views of The Remnant.
back to top
Last modified on Thursday, May 18, 2017
Tweet