Written by  The Remnant Press
Rate this item
(28 votes) 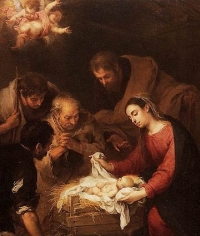 This novena is called the St. Andrew novena because it is begun on the feast of St. Andrew, on November 30. It is also referred to as the Christmas Anticipation Novena since it is intended to assist us in meditating on the true meaning of Christmas. This novena is meant to be prayed from November 30th to December 24th. (See end of article for the prayers)

St. Andrew was a native of Bethsaida in Galilee, a fisherman by trade, and a former disciple of John the Baptist. He introduced his brother, Simon Peter, to Jesus, saying, "We have found the Messiah." Overshadowed henceforth by his brother, Andrew nevertheless appears again in the Gospels introducing souls to Christ. After Pentecost, Andrew took up the apostolate on a much wider scale, and is said to have been martyred at Patras in southern Greece on a cross which was in the form of an "X". This type of cross has long been known as "St. Andrew's cross."

When Andrew was led to the place of martyrdom, on beholding the cross from a distance he cried out: "O good Cross, so long desired and now set up for my longing soul, I, confident and rejoicing, come to you; exultingly receive me, a disciple of Him who hung on you." Forthwith he was nailed to the cross. For two days he hung there alive, unceasingly proclaiming the doctrine of Christ until he passed on to Him whose likeness in death he had so vehemently desired.

Today's feast traditionally marks the end of the Church year and beginning of Advent. Advent always begins on the Sunday closest to November 30, with this day being the last possible day of the old Liturgical Year. Christmas is right around the corner. An old saying reflected this:

Because weddings were not allowed during Advent and Christmas and Andrew is the patron of unmarried maidens, many countries have marriage-related superstitions connected to this day. See Patron Saints Index for a few traditions.

- Beginning today the Christmas Anticipatory Prayer, also known as the "Novena to St. Andrew" (Hail and Blessed be the hour...) is prayed every day until Christmas.
- View some of the art depictions: Gallery of Images of Andrew.
- Remember to pray for fishermen and all who make their livelihood by the sea.
- Andrew is the patron saint of Scotland, Russia, and Romania. The flag of Scotland (and the Union Flag and the arms and Flag of Nova Scotia) feature a saltire (X-shaped cross) in commemoration of the shape of St. Andrew's cross.
- Read more about St. Andrew from Butler's Lives of the Saints. Also read about Andrew from The Golden Legend.

- Scotland: St. Andrew is the patron of Scotland. Scones, haggis, sheepshead and fish dishes are traditional. The scones are called "wigs", although their shape is rectangular.
- England: St Andrew is a patron of lace-makers. On his feast, sometimes known as "Tander", areas such as Bedfordshire, Buckinghamshire, Hertfordshire and Northamptonshire celebrate by feasting, drinking elderberry wine, sports and serving a special cake called the Tandra Cake, particularly in Bedfordshire. It has a bread dough base to which lard, sugar, currants, lemon peel and eggs are added. This is also a day for squirrel hunting in England, so Brunswick Stew would be another dish on the table in England.
- Slovakian Countries: Halushky (pasta dish) is cooked. Unmarried girls place slips of paper with names of single young men into the dish.

Hail, and blessed be the hour and moment at which the Son of God was born of a most pure Virgin at a stable at midnight in Bethlehem in the piercing cold. At that hour vouchsafe, I beseech Thee, to hear my prayers and grant my desires.

Through Jesus Christ and His most Blessed Mother.
Amen.

Traditionally, this prayer is prayed 15 times each day for the duration of the Novena. 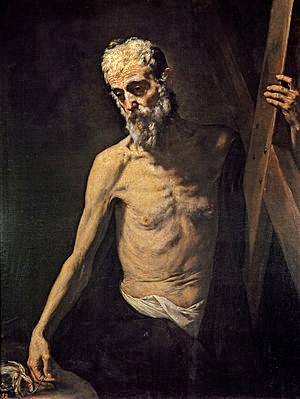 St. Andrew, pray for us!

[Comment Guidelines - Click to view]
The Remnant values the comments and input of our visitors. It’s no secret, however, that trolls exist, and trolls can do a lot of damage to a brand. Therefore, our comments are heavily monitored 24/7 by Remnant moderators around the country.  They have been instructed to remove demeaning, hostile, needlessly combative, racist, Christophobic comments, and streams not related to the storyline. Multiple comments from one person under a story are also discouraged. Capitalized sentences or comments will be removed (Internet shouting).
The Remnant comments sections are not designed for frequent personal blogging, on-going debates or theological or other disputes between commenters. Please understand that we pay our writers to defend The Remnant’s editorial positions. We thus acknowledge no moral obligation whatsoever to allow anyone and everyone to try to undermine our editorial policy and create a general nuisance on our website.  Therefore, Remnant moderators reserve the right to edit or remove comments, and comments do not necessarily represent the views of The Remnant.
back to top
Last modified on Friday, November 30, 2018
Tweet
More in this category: « TRADITION RESTORED (SSPX Acquires Historic Church in Netherlands) CFN on CIC & ‘Traditionalist Ecumenism’ »