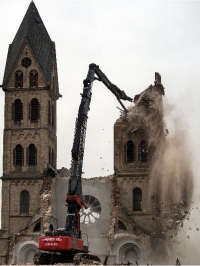 What the “paradigm shift” is going on?

National Catholic Register:  Cardinal Pietro Parolin has said Amoris Laetitia represents a “new paradigm” that calls us to a “new spirit, a new approach” to help “incarnate the Gospel in the family.”

In an interview with Vatican Radio published Thursday, the Vatican Secretary of State said “at the end of the day, Amoris Laetitia has emerged as a new paradigm that Pope Francis is conducting wisely, prudently and also patiently.”

He added that the “difficulties” arising from the document and which “still exist in the Church, beyond certain aspects of its content, are due precisely to this change in attitude that the Pope is asking of us.”

“It’s a paradigm shift, and the text itself insists on this, that’s what is asked of us — this new spirit, this new approach!,” he said.

He added that “any change obviously always involves some difficulty, but these difficulties are taken into account and must be tackled with commitment, to find answers that become moments for further growth, further study.”

Amoris Laetitia, he continued, as well as indicating the Church’s “embrace of the family and its problems in the world today, really helps to incarnate the Gospel in the family — which is already a gospel: the Gospel of the family — and at the same time is a request for help from families that they might collaborate and contribute to the growth of the Church.”

In the same interview, Cardinal Parolin said the Church in 2018 will be especially focused on young people.

He said he believed it important to “search for a new relationship between the Church and young people, characterized by a paradigm of commitment free of every type of paternalism.” The Church, he added, “truly wants to enter into dialogue with young people’s reality; it wants to understand young people and wants to help them.”

...The term "paradigm shift" in relation to Amoris Laetitia and the Church's moral teaching has been causing unease of late.  READ MORE HERE

REMNANT COMMENT:  No seriously, Eminence, you're doing a wonderful job.

Speaking of "paradigm shifts", here's another (just think of this old church as infallible Catholic teaching in the indissolubility of marriage... and the machines as the pontificate of Pope Francis):

[Comment Guidelines - Click to view]
The Remnant values the comments and input of our visitors. It’s no secret, however, that trolls exist, and trolls can do a lot of damage to a brand. Therefore, our comments are heavily monitored 24/7 by Remnant moderators around the country.  They have been instructed to remove demeaning, hostile, needlessly combative, racist, Christophobic comments, and streams not related to the storyline. Multiple comments from one person under a story are also discouraged. Capitalized sentences or comments will be removed (Internet shouting).
The Remnant comments sections are not designed for frequent personal blogging, on-going debates or theological or other disputes between commenters. Please understand that we pay our writers to defend The Remnant’s editorial positions. We thus acknowledge no moral obligation whatsoever to allow anyone and everyone to try to undermine our editorial policy and create a general nuisance on our website.  Therefore, Remnant moderators reserve the right to edit or remove comments, and comments do not necessarily represent the views of The Remnant.
back to top
Last modified on Friday, January 12, 2018
Tweet