Over 50,000 Polish Catholics Sign Petition to Their Bishops Regarding Amoris Laetitia 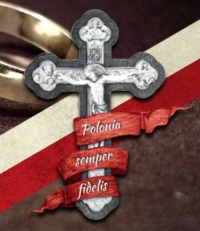 More than 50,000 Poles have already signed a request to Polish bishops to defend the traditional teaching of marriage. This is a unique action in the history of the Polish Church. Learn more from PoloniaChristiana website:

Over fifty thousand Polish Catholics have already supported an initiative of Polonia Semper Fidelis – and the number of signatories of its petition to the President of the Polish Bishops’ Conference is still increasing! It is still possible to join the circle of defenders of Christ’s teaching.

…Liberal interpretations of the Pope’s document caused quite a stir in the Church. For example, German bishops stated that divorcees living in new, nonsacramental relationships can receive Holy Communion. However, such a position is in breach of the existing teachings of the Church and violates the sixth commandment!

…The campaign launched by Polonia Semper Fidelis is a consequence of liberal interpretations of the apostolic exhortation Amoris Laetitia that appeared in some countries. Some solutions adopted e.g. in Germany allow people living in the state of mortal sin to receive Holy Communion without the necessity of changing their lives and going to confession. According to the constant teaching of the Church receiving the Holy Eucharist this way is sacrilegious and thus another very grave sin.

…In order not to spread the German errors in the Church in Poland the faithful ask their Polish bishops to confirm the Catholic doctrine on the indissolubility of marriage. The letter addressed to President of the Polish Bishops’ Conference Abp. Stanisław Gądecki has already been signed by over 54 000 Polish people.

…Polish bishops took a firm position during synods devoted to a family and bravely stood up for the teachings of the Church and the spiritual heritage of the Polish Pope. We expect that the Polish Episcopal Conference will rise to the occasion also this time. Let’s show that we support our Shepherds!  READ MORE HERE and HERE

REMNANT COMMENT:  One wonders when the world will start paying attention to the fact that something is happening in Poland. It's difficult to understand the various factions and who's who and what's what , of course, but what is clear is that Catholic Poland is rising, that Catholic Poles have had enough of the EU and maybe, just maybe, enough of the Church of Accompaniment. Please, God, watch over and protect our Polish brothers and sisters.

[Comment Guidelines - Click to view]
The Remnant values the comments and input of our visitors. It’s no secret, however, that trolls exist, and trolls can do a lot of damage to a brand. Therefore, our comments are heavily monitored 24/7 by Remnant moderators around the country.  They have been instructed to remove demeaning, hostile, needlessly combative, racist, Christophobic comments, and streams not related to the storyline. Multiple comments from one person under a story are also discouraged. Capitalized sentences or comments will be removed (Internet shouting).
The Remnant comments sections are not designed for frequent personal blogging, on-going debates or theological or other disputes between commenters. Please understand that we pay our writers to defend The Remnant’s editorial positions. We thus acknowledge no moral obligation whatsoever to allow anyone and everyone to try to undermine our editorial policy and create a general nuisance on our website.  Therefore, Remnant moderators reserve the right to edit or remove comments, and comments do not necessarily represent the views of The Remnant.
back to top
Last modified on Saturday, January 27, 2018
Tweet