Viganò, Freemasonry and the Lefebvre Question 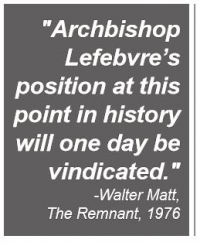 In this next print/e-edition of The Remnant, Michael Matt consults The Remnant archives, considers what was being said about the "Lefebvre Question" and Masonic infiltration back in 1976, and then asks the question:

"Quite obviously, Archbishop Lefebvre's stand has now been justified by history itself. Archbishop Viganò is proving it right now—that for decades, evil and corruption have been allowed to flourish in the hierarchy of the Catholic Church of Vatican II. This is so obviously the case, that one wonders when we get to formally announce the total vindication of Archbishop Lefebvre. In fact, I personally wonder why the Society of St. Pius X has not already done so."

"At this most critical moment in the life of the Church, we call on all traditional Catholics—including the priestly orders of the Society of St. Pius X, the Fraternity of St. Peter and the Institute of Christ the King—to prayerfully consider expressing public solidarity with Archbishop Carlo Maria Viganò since the condition of the Church is now so critical."

Plus, back in 1976 Remnant founding editor spoke to the true nature of the Lefebvre controversy:

"What it is that still lies hidden behind the so-called 'Lefebvre question” is the far more formidable and truly appalling scandal of Masonic infiltration and impenetration of the Church – which, of course, Archbishop Lefebvre himself has repeatedly touched upon and condemned...Archbishop Lefebvre’s position at this point in history will one day be vindicated – whether by a Third Vatican Council or even by this or a future Pope, remains of course to be seen.  It is all in God’s hands."

PREVIEW all this and so much more in this action packed issue of The Remnant! 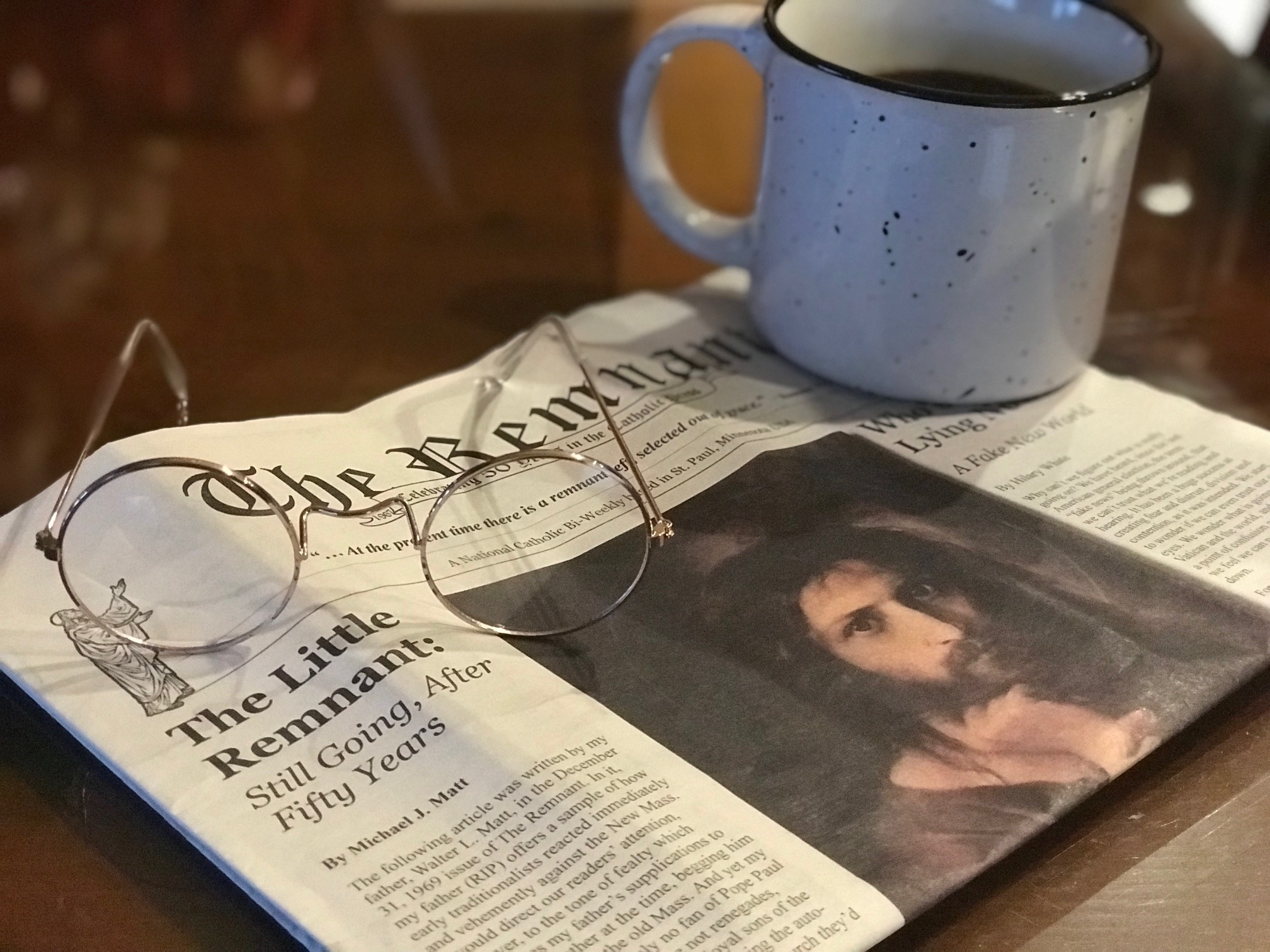 [Comment Guidelines - Click to view]
The Remnant values the comments and input of our visitors. It’s no secret, however, that trolls exist, and trolls can do a lot of damage to a brand. Therefore, our comments are heavily monitored 24/7 by Remnant moderators around the country.  They have been instructed to remove demeaning, hostile, needlessly combative, racist, Christophobic comments, and streams not related to the storyline. Multiple comments from one person under a story are also discouraged. Capitalized sentences or comments will be removed (Internet shouting).
The Remnant comments sections are not designed for frequent personal blogging, on-going debates or theological or other disputes between commenters. Please understand that we pay our writers to defend The Remnant’s editorial positions. We thus acknowledge no moral obligation whatsoever to allow anyone and everyone to try to undermine our editorial policy and create a general nuisance on our website.  Therefore, Remnant moderators reserve the right to edit or remove comments, and comments do not necessarily represent the views of The Remnant.
back to top
Last modified on Thursday, October 25, 2018
Tweet