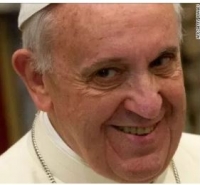 On Monday Pope Francis appointed 23 new members of the Congregation for Institutes of Consecrated Life and Societies of Apostolic Life, which is one of nine congregations within the Roman Curia. Among his appointees are six women religious superior generals and one head of a women’s secular institute.

This has never been done and, of course, that’s the point.

The Pope has been trying to get women in the Vatican for years—remember his 2014 nomination of Sr. Irma Luzia Premoli as a member of the Congregation for the Evangelization of Peoples? That was the first time a superior general of a female institute was named a member of a congregation.

And it gets even worse better. After the precedent set on July 8, Curial positions are open to persons not ordained as priests… think about that for a moment.

Francis is a busy man!  And if he can just appoint some openly gay bishops his job will be done here and, just 54 years after the close of the Second Vatican Council, the fat lady can finally sing. 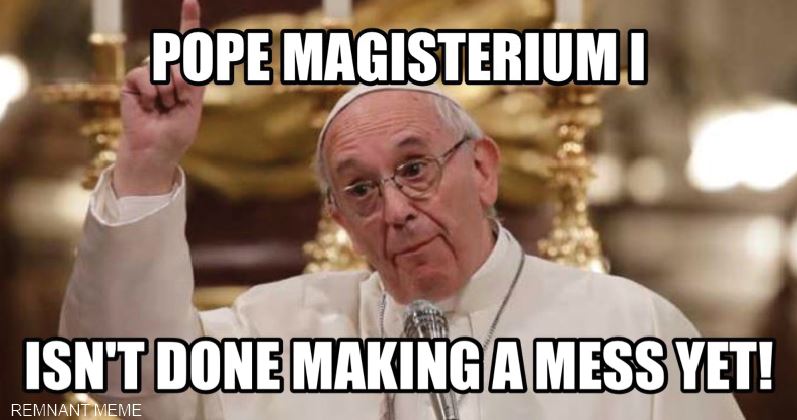 [Comment Guidelines - Click to view]
The Remnant values the comments and input of our visitors. It’s no secret, however, that trolls exist, and trolls can do a lot of damage to a brand. Therefore, our comments are heavily monitored 24/7 by Remnant moderators around the country.  They have been instructed to remove demeaning, hostile, needlessly combative, racist, Christophobic comments, and streams not related to the storyline. Multiple comments from one person under a story are also discouraged. Capitalized sentences or comments will be removed (Internet shouting).
The Remnant comments sections are not designed for frequent personal blogging, on-going debates or theological or other disputes between commenters. Please understand that we pay our writers to defend The Remnant’s editorial positions. We thus acknowledge no moral obligation whatsoever to allow anyone and everyone to try to undermine our editorial policy and create a general nuisance on our website.  Therefore, Remnant moderators reserve the right to edit or remove comments, and comments do not necessarily represent the views of The Remnant.
back to top
Last modified on Saturday, July 13, 2019
Tweet