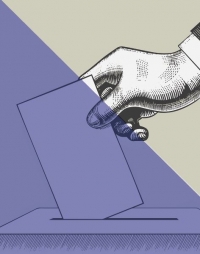 Although the presidential campaign was long and all-consuming, the nation remains at a crossroads.  While 2020 has been a tumultuous year with zealous partisanship driving both sides of the political spectrum, it came as no revelation that Election Day would not see a clear winner.

This most contentious of presidential elections and its ensuing legal challenges will test the foundation of our American constitutional republic to its core.

Once again, Donald Trump outperformed the pollsters’ predictions of a Biden landslide, making them appear more like partisan hacks than political scientists.

Some polling spots did not have enough ballots, or had too many ballots cast for the number of voters registered, some had names spelled incorrectly; the list of infractions resembled a Central American banana republic.  For the most technologically advanced nation on the planet, I was given a paper ballot (first time that ever occurred) to be fed into a pristine electronic machine that resembled more of an ATM, where the irony was almost laughable.

The bipartisan expectation and perhaps the only thing both sides of the aisle agree on is continued rioting and long, drawn-out legal battles, which only underscores there is no real winner.

Regrettably, politics has become the most dominant attribute of our culture – an unhealthy condition for any society.  A protracted legal challenge has the proclivity to generate a lack of conviction in an orderly, and traditional constitutional outcome.

We have arrived at this historical juncture through the unceasing implementation of identity politics where everything is predicated on race, national origin and sexual orientation.  All of this has been carefully orchestrated by the national media that has resisted a legally elected American president even before he took the oath of office.

The historic voter turnout and its ensuing political engagement from coast to coast only underscores how the Electoral College was a stroke of genius by the Founding Fathers and should no longer be a point of contention.

The chaotic trajectory that mass voting by mail produced should never be undertaken again, except for absentee ballots.  Over a million mail-in votes are likely to be disqualified and discarded, as reported by The Wall Street Journal and USA Today.

Earlier this year, three battleground states Wisconsin, Michigan, and Pennsylvania rejected around 60,000 primary ballots.  In addition, states have varying deadlines with absentee and overseas ballots.  Some have until December 12 to certify election results, which means that there would be weeks of chicanery and legal disputes over discarded ballots.

The Congress needs to pass legislation where every state of the union follows the same election guidelines without exception.

The plywood business is booming as storefronts, especially those in the nation’s urban areas, have boarded up their windows, bracing for the worst, but not from Trump supporters.

The divisions created and exposed throughout this presidential campaign will continue, provided we allow the political class to retain the status quo and no one highlights the status quo more than Joe Biden, with nearly a half century of wading through the D.C. swamp.

In the balance are our nation’s longstanding traditional values, and economy that is at risk of falling the way of socialism because our problems are more cultural than they are economic.

As the culture declines, so will its economic fortunes.

The Christian, however, understands that their life, and most especially their eternal destiny, is not beholden to whoever holds political office.  If our pursuit of happiness is reliant upon a political outcome, we will never find it.

No matter who sits in the Oval Office, the federal budget will not shrink—nor will the debt that next year will surpass the volume of our entire economy.  This should give everyone reason to pause, but it won’t, as it wasn’t even an issue during the campaign.  Moreover, the Federal Reserve will not stop their printing presses as fiat dollars are everyone’s solution in Washington D.C. to stimulate economic growth.

The peaceful transfer of political power that has existed since our nation’s founding over two centuries ago has always been a defining characteristic of our nation.

[Comment Guidelines - Click to view]
The Remnant values the comments and input of our visitors. It’s no secret, however, that trolls exist, and trolls can do a lot of damage to a brand. Therefore, our comments are heavily monitored 24/7 by Remnant moderators around the country.  They have been instructed to remove demeaning, hostile, needlessly combative, racist, Christophobic comments, and streams not related to the storyline. Multiple comments from one person under a story are also discouraged. Capitalized sentences or comments will be removed (Internet shouting).
The Remnant comments sections are not designed for frequent personal blogging, on-going debates or theological or other disputes between commenters. Please understand that we pay our writers to defend The Remnant’s editorial positions. We thus acknowledge no moral obligation whatsoever to allow anyone and everyone to try to undermine our editorial policy and create a general nuisance on our website.  Therefore, Remnant moderators reserve the right to edit or remove comments, and comments do not necessarily represent the views of The Remnant.
Last modified on Friday, November 6, 2020