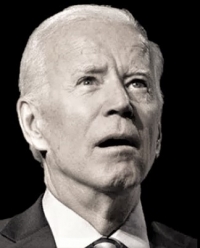 The $1.6 trillion in outstanding student loans held by the federal government is something “President-elect” Joe Biden is apparently considering cancelling; at least up to $50,000 for each borrower by executive order.

Federal loans have faithfully subsidized the post-secondary educational-complex that over the last generation has witnessed tuition increases at four times the rate of inflation.  Universities have become infected with bureaucratic creep that is passed on to students, their families and something Santa Joe and Democrats want next, the taxpayer. Moreover, universities continue to grow their vast endowments tax free.

Democrats prefer defunding the police, while rewarding those who take on debt exceeding their financial obligations.  Their forgiveness formula is not complicated: Government subsidizes debt as colleges raise their tuition, while taxpayers’ foot the bill.

There are 331 million Americans and according to the Department of Education, 45 million own student loans. 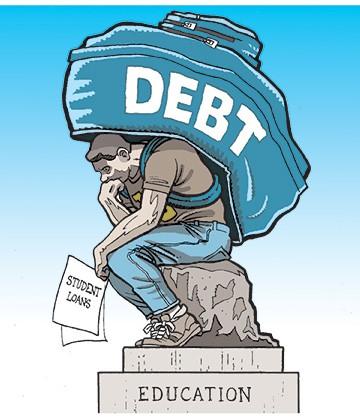 There are 286 million that do not.

Why should a tradesman, truck driver, or tailor subsidize those who do?

During the presidential primaries, Sen. Elizabeth Warren was confronted by a dad who saved and sacrificed for his daughter’s college tuition.  “My daughter’s getting out of school. I’ve saved all my money. She doesn’t have any student loans. Am I going to get my money back?”

“Of course not,” Warren countered.

“So, you’re going to pay for people who didn’t save any money and those of us who did the right thing get screwed?” the man responded.

My buddy had fun, bought a car, went on vacations. I saved my money. He made more than I did, but I worked a double shift, worked extra. My daughter’s worked since she was 10. So, you’re laughing? That’s exactly what you’re doing. We did the right thing, and we get screwed.”

Warren believes “forgiveness” is the “single biggest stimulus we could add to the economy.”

To brand loan forgiveness as a stimulus is wrong and would only serve to hurt the nation’s bond rating.

Jason Furman, a chairman of the Council of Economic Advisers for President Obama, on debt forgiveness: “It likely has a multiplier close to zero,” because it would be taxable. Matt Bruenig, of the leftist People’s Policy Project, said forgiving student debt is “possibly the least effective stimulus imaginable on a dollar-for-dollar basis,” because “normal stimulus measures try to put money in people’s pockets so that they can spend it. But student debt forgiveness does not do this. It’s like giving out $1 plus trillion that is then immediately garnished by creditors, leaving households with no extra liquid cash to spend.”

Brookings Institution’s Adam Looney reported that the bottom 60% of households would receive only 34% of the benefit as college graduates tend to be more affluent. In essence, it would amount to a transfer of money to wealthier Americans that supposedly Democrats complain do not pay enough taxes.

College loan forgiveness will further polarize Americans and sets a dangerous precedent as there is no incentive to play by the rules.  What about those who deferred college by first serving in the military?  What about the two-thirds of Americans who don’t have a collegiate parchment framed on their wall?  Likewise, will such forgiveness reform the federal student loan system and the universities with their millions and even billions in endowments be taxable?

Student loan forgiveness is not only unfair; it is unnecessary.  According to the Consumer Financial Protection Bureau, 70% of college loans are paid off within a decade with the average monthly payment between $144 and $203 – 5.5% percent of the average graduate’s take-home pay.  For those who need assistance, there are at least a dozen student loan forgiveness programs.

Uncle Sam is no magician when it comes to making debt disappear; but he can require taxpayers to pay it off, provided we allow it.

When shopping for a loan to buy a house, an appraisal is done to ensure the loan is not worth more than the house.  You must also possess the earnings potential and collateral to pay off the loan.

Nevertheless, for any degree, you can borrow to the hilt.

No one compels anyone to borrow money.

How about this solution to federal student loans: You borrowed the money – you pay it back.

[Comment Guidelines - Click to view]
The Remnant values the comments and input of our visitors. It’s no secret, however, that trolls exist, and trolls can do a lot of damage to a brand. Therefore, our comments are heavily monitored 24/7 by Remnant moderators around the country.  They have been instructed to remove demeaning, hostile, needlessly combative, racist, Christophobic comments, and streams not related to the storyline. Multiple comments from one person under a story are also discouraged. Capitalized sentences or comments will be removed (Internet shouting).
The Remnant comments sections are not designed for frequent personal blogging, on-going debates or theological or other disputes between commenters. Please understand that we pay our writers to defend The Remnant’s editorial positions. We thus acknowledge no moral obligation whatsoever to allow anyone and everyone to try to undermine our editorial policy and create a general nuisance on our website.  Therefore, Remnant moderators reserve the right to edit or remove comments, and comments do not necessarily represent the views of The Remnant.
Last modified on Friday, December 18, 2020