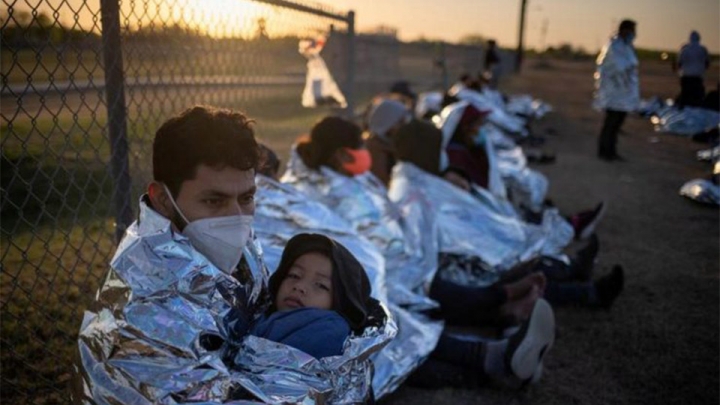 Crisis at our Southern Border

Who could forget when Papa Bergoglio opined on the vile nature of border walls! 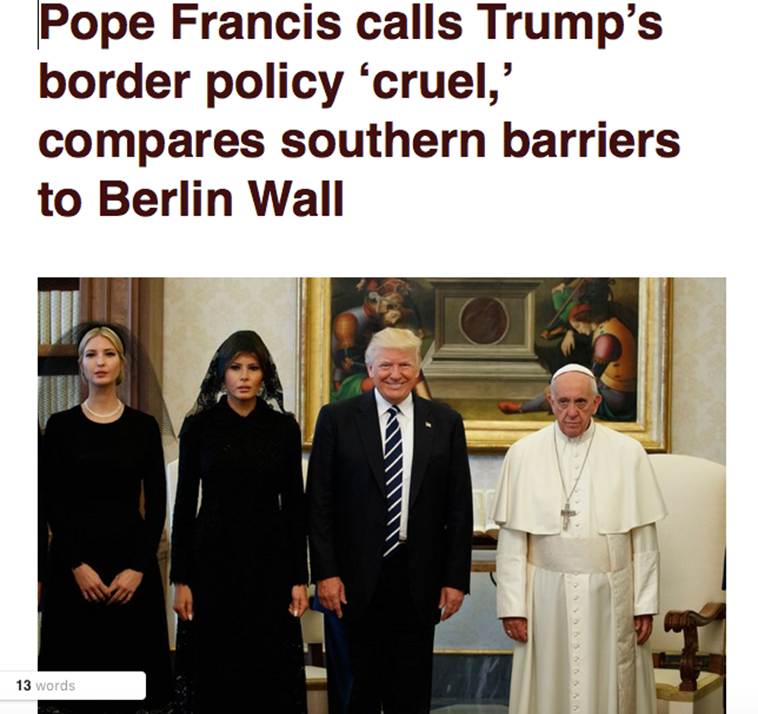 It’s an opportune time to assess the judgment and discernment of the pontiff now that America has open borders.  After 3 months of the Biden Administration, it’s open season on the border—the Biden-Bergoglio Border. Joe Biden granted Pope Bergoglio’s wish of a borderless southern U.S. border. The bloody imprimatur of Jorge Bergoglio is dripping all over the Rio Grande River.

Pope Francis maliciously weighed in on the 2016 Presidential election hoping to sway American Catholic votes away from Donald Trump. Was he following orders from John Podesta?  First, let’s recall those classic verbal Bergoglian bombs lobbed at Donald Trump’s policy to secure the border.

"A person who only thinks about building walls, wherever they may be, and not building bridges, is not Christian,"~~Pope Francis, February 18, 2016

Nevertheless, Trump forged ahead to build the 452 miles of border wall along the U.S. Mexico border. Trump was unfazed by the Argentine’s name calling. America’s border wall was under construction.

Bergoglio continued his verbal drumbeat against the Trump border wall during the U.S. 2020 election. The political pope could not resist more partisan pronouncements.

On May 29, 2019 Pope Francis  attacked President Donald Trump over his initiative to build a wall along the US Southern Border, slamming Trump’s policy move as "cruel"and "very sad."

"Separating children from their parents goes against natural law, and those Christians ... you can't do it. It is cruel.”

"It is among the greatest of cruelties. And to defend what?

"Territory, or the economy of a country or who knows what."

Finally, the ultimate ad hominem attack by the self styled Pope of Mercy described  President Trump as “a Herod,” comparing him to the murderous King Herod who massacred innocent children while trying to find and kill the baby Jesus. Francis castigated Trump for separating families at the border while permitting drugs to flow into America.

“In other parts there are walls that even separate children from parents. Herod comes to mind,” Francis said. “Yet for drugs, there’s no wall to keep them out.” ~~ Pope Francis, Thailand Visit, Dec. 5, 2019

It’s time to take a moral inventory of the Biden-Bergoglio Open Border Policy.

Let’s analyze whether the Biden’s open border policy is Christian as Francis urged.

1.           Within a month of the new Biden border policy, news from the border crossings estimate that 80% of the women and girls who cross over the border have been raped or sexually assaulted by the dangerous cartels. So is this the papal concept of CHRISTIAN? Sounds like the Biden/Bergoglio border policy is “the greatest of cruelties.”

2.           The brutal reality of this dangerous migration journey is captured in the heartbreaking story of the little Mexican girl who lost her voice while screaming over her barbaric gang rape by the cartels. Is this the Pope of Mercy’s concept of Christian?

3.           In the month of March, over 19,000 unaccompanied minor children crossed the border without parent or guardian.   This open border reality is to use Francis’ words, “cruel and sad.”

5.           The Customs and Border Patrol are reporting that convicted murderers and sex offenders are crossing the border in record numbers. This open border reality reflects the murderous regime of “Herod.”

6.           Two Yemeni Men who are on the Terror Watch List were arrested trying to cross the southern border. That open border policy of Biden/Bergoglio is very dangerous for innocent Americans.

7.           CBP reports that there has been a record number of sex offenders crossing the border. “Again, open borders are “cruel and very sad” for innocent children and women.

8.           The Mexican and Guatemalan Presidents are blaming Joe Biden for confusing messages about border crossing which is causing a human rights crisis at the border.  Lay this “cruel and very sad” crisis at the feet of Biden and Bergoglio.

10.         There has been a 230% increase in border crossings causing a huge human rights crisis and an inability to handle the exploding numbers of children. “Herod comes to mind.”

11.         Migrant parents have no idea where their children are. Those children who crossed the border alone are often missing in the system. “Herod comes to mind.” 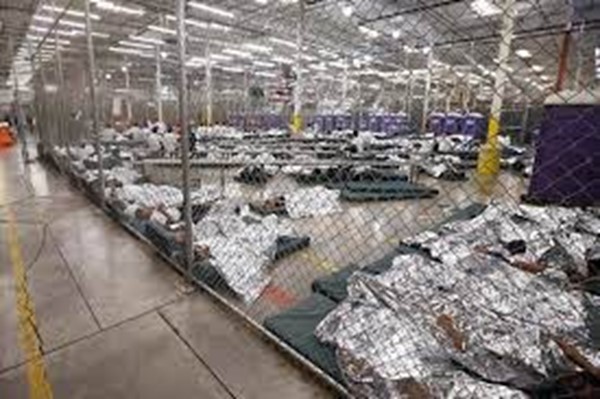 The old morale cautions that people in glass houses shouldn’t throw stones. Case in point, a pope who resides protected behind a 37 foot high, three kilometer long wall, which was built from 848 to 852 to keep out the Saracens (read: Muslims) which encircles the Vatican City might want to pause before he criticizes walls.

For more on the Crisis at the Border:

[Comment Guidelines - Click to view]
The Remnant values the comments and input of our visitors. It’s no secret, however, that trolls exist, and trolls can do a lot of damage to a brand. Therefore, our comments are heavily monitored 24/7 by Remnant moderators around the country.  They have been instructed to remove demeaning, hostile, needlessly combative, racist, Christophobic comments, and streams not related to the storyline. Multiple comments from one person under a story are also discouraged. Capitalized sentences or comments will be removed (Internet shouting).
The Remnant comments sections are not designed for frequent personal blogging, on-going debates or theological or other disputes between commenters. Please understand that we pay our writers to defend The Remnant’s editorial positions. We thus acknowledge no moral obligation whatsoever to allow anyone and everyone to try to undermine our editorial policy and create a general nuisance on our website.  Therefore, Remnant moderators reserve the right to edit or remove comments, and comments do not necessarily represent the views of The Remnant.
back to top
Last modified on Tuesday, April 20, 2021
Tweet

More in this category: « That All May Be One: The Utopian Dream of a One World Religion Sir James Galway Endorses Work of Traditional Catholic Composer »