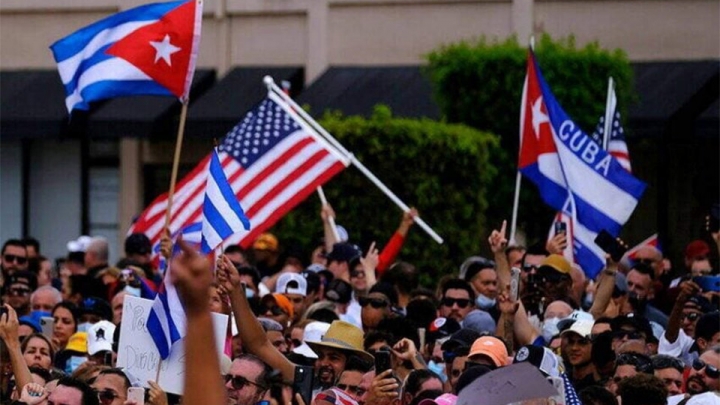 An American billionaire flies through space, but in his quest for outer worldly experiences, he needs to look no farther than 94-miles south of Key West, Florida.

Cubans rely on family and friends outside the island nation to survive.  Food shortages, power outages, along with controlled and limited internet, plus a pandemic, have propelled Cuba’s tyrannized people to stand up and oppose the six-decade old communist regime that runs the island with an iron fist.

Democracy advocates say 5,000 have been arrested and the whereabouts of 200 are unknown – underscoring the reality for Cubans.  Moreover, the Cuban Prisoners Defenders in Spain says Cuba leads the world in prison population per capita.

Cuba has gone from being one of the more advanced countries in the region in the mid-1950s to one of the most impoverished. As economic socialism and political tyranny has turned this once Caribbean island into a communist police state, more than two generations of Cubans have never known liberty.

The Marxist left will self-righteously inform you that the problem lies not in communism itself, but in how it has been applied.

Leftists blame the American economic embargo as the perpetrator of Cuban misery rather than where it belongs – communism.  Such condemnation fails as Cuba trades with much of the world, and ending our embargo will only consolidate the communists hold.

Rather than deny Cuba’s widespread misery, the left embraces it. Who has not seen someone parading around in a Che Guevara tee-shirt and yet is clueless as to who and what he represents?  The Marxist left will self-righteously inform you that the problem lies not in communism itself, but in how it has been applied.

Given the media’s bamboozlement in news reporting, it was no shock that the Biden administration’s spin initially claimed the protests were about COVID.  Only when the truth could not be censored any longer, did the truth finally surface.  Six decades of false propaganda that the Cuban revolution produced has been finally laid bare.

Black Lives Matter supports suppression of Cubans, many of whom are black, by parroting the communist party’s propaganda.

Cubans protest their communist government while carrying that banner of freedom the world over, the American stars and stripes, yet Biden and his ilk insist America is systematically racist.

Cuba is the communist ideal and the paradigm for Marxism in aiding and abetting their perverse ideology.  Such behavior only facilitates persecution of a once cultural Christian Cuba whose remnants have gone underground and remain under constant threat of persecution.

Black Lives Matter supports suppression of Cubans, many of whom are black, by parroting the communist party’s propaganda.  In a press release, Cuban American Florida Sen. Marco Rubio reported: “My office stands ready to help the leaders of the Black Lives Matter organization emigrate to #Cuba.”

According to the Miami Herald, the city’s large contingent of Cuban Americans is emotionally invested in the protests.  Echoing each other when asked how Americans can help, two Cuban Americans who both served honorably in the U. S. Marine Corps underscored how not taking for granted our freedoms as Americans is paramount.  Americans must serve as the world’s beacon of freedom and work to eliminate the evil twins of communism and socialism.

As leftist argue openly for socialism, Cuba is the exemplar of its failure.

The Cuban regime endures through fear and censorship. All the while, a leftist Vatican looks the other way.

Cubans are obviously fed up with it, but not so for leftists.

Cuban apologists include democrats, academics and celebrities who continue to support the regime.  At a baseball game in Havana, President Obama and his family did the wave while anchored next to Cuba’s sitting tyrant.  Nikole Hannah-Jones, author of “The 1619 Project,” seeks to implement her work throughout the nation’s public-school system that would teach history through the prism of slavery believes Cuba is the “most equal country in the Western hemisphere.”

All the while, a leftist Vatican looks the other way. 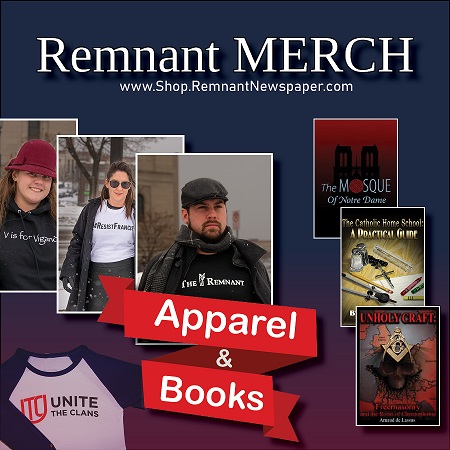 The Cuban regime endures through fear and censorship.  America’s priority should be giving the Cuban people the means to break through the Communist firewall.  Google had pioneered such technology with Loon designed to connect remote areas but went defunct earlier this year.

The left knows its future runs parallel with Cuba’s and refuses to condemn their communist dictatorship that belongs in the ash heap of history.

Cuba is a nation of intellectually vigorous people who desire to join us in liberty.

We are foolish to dismiss their clarion call as it may come with plenty of consequences.

[Comment Guidelines - Click to view]
The Remnant values the comments and input of our visitors. It’s no secret, however, that trolls exist, and trolls can do a lot of damage to a brand. Therefore, our comments are heavily monitored 24/7 by Remnant moderators around the country.  They have been instructed to remove demeaning, hostile, needlessly combative, racist, Christophobic comments, and streams not related to the storyline. Multiple comments from one person under a story are also discouraged. Capitalized sentences or comments will be removed (Internet shouting).
The Remnant comments sections are not designed for frequent personal blogging, on-going debates or theological or other disputes between commenters. Please understand that we pay our writers to defend The Remnant’s editorial positions. We thus acknowledge no moral obligation whatsoever to allow anyone and everyone to try to undermine our editorial policy and create a general nuisance on our website.  Therefore, Remnant moderators reserve the right to edit or remove comments, and comments do not necessarily represent the views of The Remnant.
back to top
Last modified on Thursday, July 29, 2021
Tweet

More in this category: « L’affair Longenecker Draws to a Merciful Conclusion Amoris Laetitia, “The Joy of Love: On Love in the Family” »