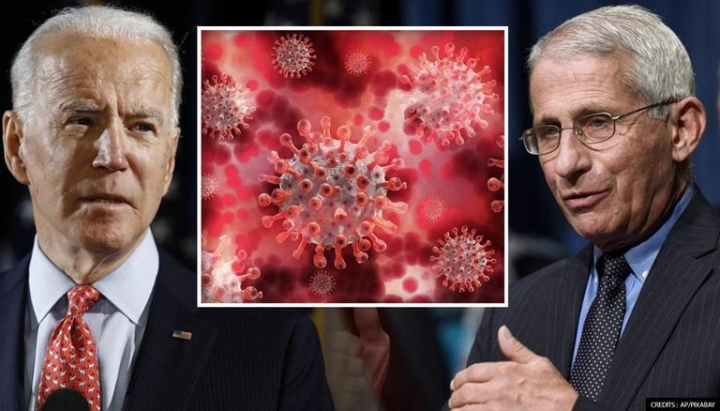 The best kept secret in the world today may be that the Great Reset is running on really hard times.  Not to suggest that it’s over or that we’re out of the woods. We’re not. The Lunatics of Davos are a wounded bear right now, and thus arguably more dangerous than ever. But that their plan for a global medical dictatorship has hit a speed bump is beyond dispute.

Why is this happening? Global pushback, especially here in the United States. Cops and nurses and doctors and U.S. Marines and politicians such as Rand Paul refusing to go along with Biden’s downright Hitlerian mandate is beginning to shake things up.

Across the pond, Australians are out there sounding the alarm to the international community that an Auschwitz and Dachau redux is in full swing down under.

The Lunatics of Davos are less than popular these days!

From the moment Donald Trump was run out of Washington, we here at The Remnant have been holding out hope that Team Biden’s political liability will eventually prove too much to bear even for Democrats, many of whom have no desire to go down with the USS Cornpop Beater.

If Democrats start bailing on Biden in order to enhance their own midterm election prospects next year, there may not be enough time to reset anything, especially since Biden, Pelosi, Schwab and Fauci are sneaking up on George Soros, who next year turns a whopping 92 years old.

Now President Fauci and his puppet president have managed to alienate even the Secretary General of the UN, Antonio Guterres—an otherwise reliable cheerleader of the Great Reset.  Yesterday, Guterres signalled that he too has had enough. He called the Fauci/Biden travel ban on African countries a “travel apartheid”.

(Reuters) - United Nations Secretary-General Antonio Guterres said on Wednesday that travel restrictions imposed over COVID-19 that isolate any one country or region as "not only deeply unfair and punitive - they are ineffective."

Speaking to reporters in New York, Guterres said the only way to reduce the risk of transmission while allowing for travel and economic engagement was to repeatedly test travelers, "together with other appropriate and truly effective measures."

"We have the instruments to have safe travel. Let's use those instruments to avoid this kind of, allow me to say, travel apartheid, which I think is unacceptable," Guterres said.

Omicron was first identified in southern Africa and many countries, including the United States and Britain, have announced travel curbs and other restrictions on the region. Africa has some of the lowest COVID-19 vaccination rates worldwide due to a lack of access to doses.

Guterres has long warned about the dangers of vaccine inequality around the world and that low immunization rates are "a breeding ground for variants."

"These travel bans are not justified," said African Union Commission Chair Moussa Faki Mahamat at the joint news conference with Guterres after the annual meeting between the United Nations and the African Union.

Maybe this is why Fauci, in an interview yesterday with CNN's Jake Tapper, initiated Operation Omicron Damage Control:

'Thus far, it doesn't look like there's a great degree of severity to it': Fauci says early reports indicate Omicron could be LESS dangerous than Delta variant and reveals South Africa travel ban is now being revaluated:

'Thus far - though it's too early to really make any definitive statements about it - it does not look like there's a great degree of severity to it, but we've really got to be careful before we make any determinations that it is less severe or really doesn't cause any severe illness comparable to delta,' Fauci said.

'We all feel very badly about the hardship that might have put upon not only South Africa but the other African countries,' Fauci told CNN. 'For that reason, in real time - literally on a daily basis -we are reevaluating that policy.'

Resistance is NOT futile, not this time. And lunatics like these are obviously and eminently beatable.

[Comment Guidelines - Click to view]
The Remnant values the comments and input of our visitors. It’s no secret, however, that trolls exist, and trolls can do a lot of damage to a brand. Therefore, our comments are heavily monitored 24/7 by Remnant moderators around the country.  They have been instructed to remove demeaning, hostile, needlessly combative, racist, Christophobic comments, and streams not related to the storyline. Multiple comments from one person under a story are also discouraged. Capitalized sentences or comments will be removed (Internet shouting).
The Remnant comments sections are not designed for frequent personal blogging, on-going debates or theological or other disputes between commenters. Please understand that we pay our writers to defend The Remnant’s editorial positions. We thus acknowledge no moral obligation whatsoever to allow anyone and everyone to try to undermine our editorial policy and create a general nuisance on our website.  Therefore, Remnant moderators reserve the right to edit or remove comments, and comments do not necessarily represent the views of The Remnant.
back to top
Last modified on Monday, December 6, 2021
Tweet