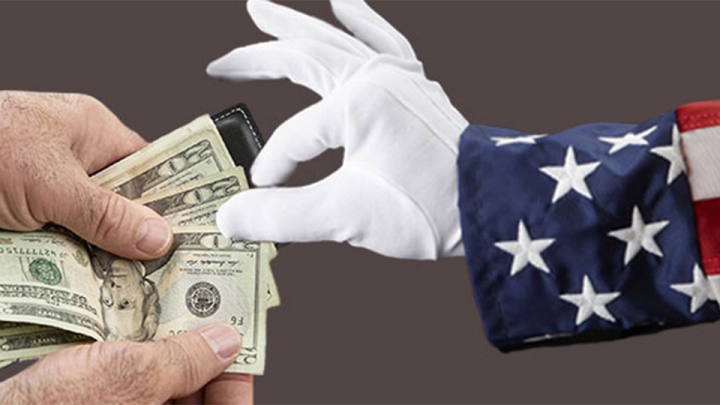 Many argue there are only three seasons: summer, winter, and road construction. Essentially, there are five. If you are a business, tax season is always in bloom – a perennial All-American weed. Provided your taxes are filed and you are not working on the dreaded tax-extension, here is an examination at a fundamental tax change for 2022.

Throughout America’s fruited plain, Congress has revitalized the obscure 1099-K form into a starring role in next year’s tax filing. Congress’ goal was to reign in Uber drivers and Airbnb landlords into tax compliance. The legislation also applies to transactions of credit and debit cards and services like Venmo, Paypal, eBay, Etsy, Facebook, and Amazon who were issuing a limited amount of 1099-K forms to their sellers.  However, with the new parameters in place an avalanche of 1099-K distribution awaits.

According to the IRS, tax compliance is highest when W-2’s and the array of 1099 forms are issued notifying taxpayers of what was paid and what is owed. Without it, tax dodging is vogue.

The IRS needs to stop looking between the couch cushions for pocket change and get back to collecting the basic levied taxes.

Under the new law, many more transactions are being tracked making bookkeeping and filing an additional and annual nightmare. The goal of the IRS was to increase tax compliance where it was questionably deficient.  In the best of times, the IRS can be an arduous sell, so just wait until you get your comprehensive 1099-K, where it is guaranteed that the initial impression will be that taxes are owed on the gross sales amount, not just the profit earned.

Prior to the new legislation, the 1099-K was issued provided you earned more than $20,000 and had at least 200 business transactions, yearly. It was the American Rescue Plan Act that dramatically reduced the annual amount to $600 that opened the door for millions to get acquainted with yet another in the series of 1099 tax forms.

This change is a backdoor response to last year’s Biden administration’s proposal that wanted banks to report all deposits and withdrawals over $600 on the 1099-INT that went down to defeat underscoring once again how elections have consequences.

Apparently, the IRS plans to follow the 1099-K with the 1099-FU, to be augmented with the 1099-FJB. The IRS needs to stop looking between the couch cushions for pocket change and get back to collecting the basic levied taxes.

Complexity is the enemy of the moral.

Being who they are, Congress had no issue casting a wide net to reel-in casual sellers and gig workers with perhaps your yard sellers on deck. Such political pandering should be a boon to the army of tax accountants, attorneys, and of course the unelected bureaucrats who will audit and administer this forest of paperwork for their Uncle Sam.

Trying to reach any live body at the IRS by telephone is near impossible. At their website, a photo ID is now required to access your tax history. This adds to the yearly tax filing burden where taxpayers feel compelled to shell out hundreds of dollars to properly report their taxes.  Add the onslaught of 1099-K forms to the mix and the number of tax evasion investigations will explode. The costs to administer this boondoggle will devour any revenues it generates.

Besides using the financial system to track your income and who you provide for the data will tender a terrific pond for government fishing expeditions against those who support the wrong candidates or use the wrong pronouns.

Tax enforcement will become more inconsistent, just like a host of other laws.

Try suing the government after it freezes your bank account and credit cards.

Complexity is the enemy of the moral.

Tracking all financial transactions to stop criminals is the excuse to lay the infrastructure in place to track and control every citizen. It is the same excuse Leftists use for gun control as it is the population they want disarmed, so tyrants the world over can have their way.

Try suing the government after it freezes your bank account and credit cards. You might win in court years after the fact but will have gone bankrupt doing so.

If anything, all 1099 forms need to be adjusted for inflation, which according to the Wall Street Journal would be more like $6,000 rather than $600.  Or Congress in January 2023 could quash the 1099-K debacle altogether, provided Republicans prevail in November’s midterm election.

Catch the Latest at RTV — WOKE CATHOLICS: Cancelling the 10 Commandments

[Comment Guidelines - Click to view]
The Remnant values the comments and input of our visitors. It’s no secret, however, that trolls exist, and trolls can do a lot of damage to a brand. Therefore, our comments are heavily monitored 24/7 by Remnant moderators around the country.  They have been instructed to remove demeaning, hostile, needlessly combative, racist, Christophobic comments, and streams not related to the storyline. Multiple comments from one person under a story are also discouraged. Capitalized sentences or comments will be removed (Internet shouting).
The Remnant comments sections are not designed for frequent personal blogging, on-going debates or theological or other disputes between commenters. Please understand that we pay our writers to defend The Remnant’s editorial positions. We thus acknowledge no moral obligation whatsoever to allow anyone and everyone to try to undermine our editorial policy and create a general nuisance on our website.  Therefore, Remnant moderators reserve the right to edit or remove comments, and comments do not necessarily represent the views of The Remnant.
Last modified on Wednesday, April 27, 2022