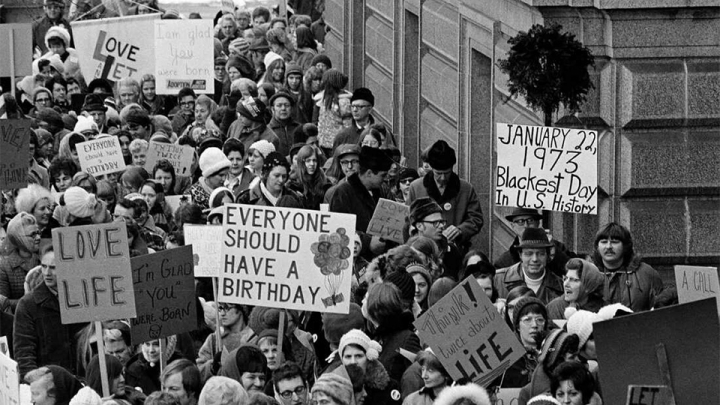 While we applaud the legal excellence and persuasive power of the draft opinion, authored by Justice Alito, reversing Roe v. Wade, and returning the issue whether, and to what extent, abortions should be legally permitted to the political sphere, to be fought on a state-by-state basis, we remain especially guarded in our applause.  Some thirty years ago we are told that another draft opinion, reversing Roe, was circulated among the Justices, although not leaked to the public.  We are told, further, that the sharp reaction to this proposed draft reversal of Roe on the part of pro-abortion Justices persuaded three Justices -- O'Connor, J., Souter, J., and Kennedy, J. -- to change course and join in a concurring opinion that left the so-called "essential holding" of Roe intact, while subject to a new and unduly vague "undue burden" test applicable to state efforts to regulate and restrict abortion.

We believe the leak of Justice Alito's draft opinion to the public -- an egregious breach of confidentiality at the high Court, that ought to be vigorously investigated and prosecuted -- was calculated to provoke a public outcry on the part of abortion providers and supporters, in the hope of intimidating one or more Justices to refrain from supporting Justice Alito's draft opinion. No doubt this blatant tactic was inspired by pro-abortion extremism. Thus Planned Parenthood is already orchestrating mass demonstrations at federal courts, as planned by the leaker or leakers of the draft opinion.

We hope and pray -- with confidence -- that pro-lifers everywhere will stand firm and counter these efforts to intimidate our Justices, and that the Justices too will be steadfast in adhering to the rule of law.  We look forward to the release of the Court's final official ruling, which we now hope and pray will be a true cause for celebration in witness of Roe's demise.  And then, we will renew our determination to fight in the legislatures and courts of each of our 50 states to win full and final protection for the sanctity of each and every human being's life, from conception until natural death.

Catch the Latest at RTV — ELON MUSK: A Lost Boy in Post-Christian Neverland

[Comment Guidelines - Click to view]
The Remnant values the comments and input of our visitors. It’s no secret, however, that trolls exist, and trolls can do a lot of damage to a brand. Therefore, our comments are heavily monitored 24/7 by Remnant moderators around the country.  They have been instructed to remove demeaning, hostile, needlessly combative, racist, Christophobic comments, and streams not related to the storyline. Multiple comments from one person under a story are also discouraged. Capitalized sentences or comments will be removed (Internet shouting).
The Remnant comments sections are not designed for frequent personal blogging, on-going debates or theological or other disputes between commenters. Please understand that we pay our writers to defend The Remnant’s editorial positions. We thus acknowledge no moral obligation whatsoever to allow anyone and everyone to try to undermine our editorial policy and create a general nuisance on our website.  Therefore, Remnant moderators reserve the right to edit or remove comments, and comments do not necessarily represent the views of The Remnant.
Last modified on Wednesday, May 4, 2022