Francis Confirms the Root of the Problem: Vatican II 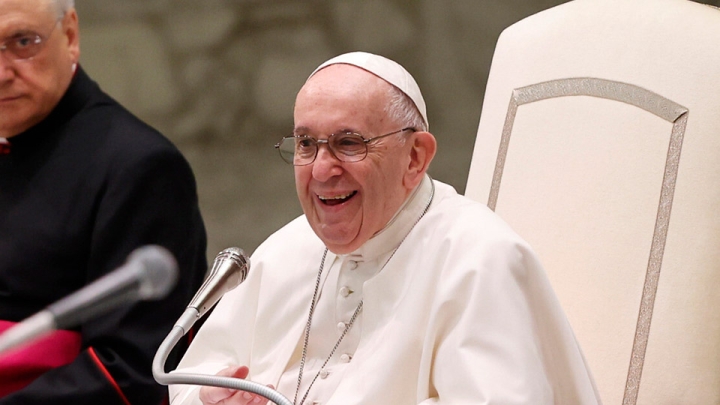 Francis’s May 19, 2022 interview with the editors of European Jesuit Journals provided yet another indication that Vatican II is still one of the most vital matters in the Church, and by extension, the world:

“Restorationism has come to gag the Council. The number of groups of ‘restorers’ – for example, in the United States there are many – is significant. . . . There are ideas, behaviors that arise from a restorationism that basically did not accept the Council. The problem is precisely this: in some contexts the Council has not yet been accepted. It is also true that it takes a century for a Council to take root. We still have forty years to make it take root, then!”

Although this merely repeats the ideas that ostensibly animated his Traditiones Custodes restrictions on the Tridentine Mass, Francis reminded us that opposition to Vatican II is a genuine problem for his anti-Catholic agenda. Francis is not playing 4D chess here — when he says that the “restorers” are a problem to his agenda, we should take him at his word. Accordingly, if we are truly interested in opposing the disastrous situation in the Church we need to oppose the novelties of Vatican II.

According to Francis, the religion has changed into something that contradicts what it once was, otherwise we could simply follow what the Church had always taught.

What, though, does Vatican II really mean for Francis? Throughout his occupation of the papacy, he has given us numerous examples of what he and his anti-Catholic comrades consider useful about Vatican II, all of which contribute to the disaster in the Church and support the Great Reset agenda:

False Ecumenism: “A shared commitment to ecumenism is an essential requirement of the faith we profess; it stems from our very identity as Christ’s followers. As disciples, following the same Lord, we have increasingly come to realize that ecumenism is a journey and, as the various Popes have repeatedly stated since the Second Vatican Council, a journey that is irreversible. This is not an optional way. . . . When we pray in common, when we join in proclaiming the Gospel and serving the poor and the needy, we are walking together on the path leading to the goal of visible unity.” (January 19, 2019)

“I would like to recall, secondly, the years of Vatican Council II, from 1962 to 1965, when the city welcomed the Council Fathers, ecumenical observers and many others. Rome shone as a universal, Catholic, ecumenical space. It became a universal city of ecumenical and interreligious dialogue, of peace. One saw how much the city meant for the Church and for the whole world.” (February 3, 2020)

Godless Human Fraternity: “Dear friends, this year marks the fiftieth anniversary of the closing of the Second Vatican Council, at which the Catholic Church committed herself to ecumenical and inter-religious dialogue in the service of understanding and friendship. I wish to reaffirm this commitment, which is born of our conviction of the universality of God’s love and the salvation which he offers to all. The world rightly expects believers to work together with people of good will in facing the many problems affecting our human family. As we look to the future, let us pray that all men and women will see themselves as brothers and sisters, peacefully united in and through our differences. Let us pray for peace!” (November 25, 2015)

“This is something important, human fraternity – how as men and women we are all brothers and sisters – and we need to make progress with the other religions. The Second Vatican Council took a major step with this; then the institutions, the Council for Christian Unity and the Council for Interreligious Dialogue . . . . You are human; you are a child of God; you are my brother or sister, full stop. This would be the biggest step to take and frequently we have to risk taking it. You know that there are criticisms in this regard: that the Pope is not courageous; he is reckless, acting against Catholic doctrine, that he is one step from heresy…. There are risks. But these decisions are always made in prayer, in dialogue, asking advice, in reflection. They are not a whim, and they follow in the line of what the Council taught.” (March 8, 2021)

Revolutionary Overthrow of Catholic Beliefs and Practices: “This is magisterium: the Council is the magisterium of the Church. Either you are with the Church and therefore you follow the Council, and if you do not follow the Council or you interpret it in your own way, as you wish, you are not with the Church. We must be demanding and strict on this point. The Council should not be negotiated in order to have more of these... No, the Council is as it is. And this problem that we are experiencing, of selectivity with respect to the Council, has been repeated throughout history with other Councils.” (January 30, 2021)

“Historians say that for a Council to sink its roots in the Church it takes 100 years.  We are halfway there.  And this can create uncertainty, even for me.  I will tell you, I saw a phrase [in the Document] and I said to myself: ‘But this phrase, I am not sure if it is certain…'.  It was a phrase of the Council!  And it surprised me too!” (February 5, 2019)

“I dare say that the Council has revolutionized to some extent the status of theology – the believer’s way of doing and thinking.” (September 3, 2015)

“With the Council, the Church entered a new phase of her history.” (Misericordiae Vultus, April 11, 2015)

Anyway, if Francis is correct in thinking that all religions are fine we should feel quite comfortable in following the same Catholic religion that led all the pre-Vatican II saints to heaven.

We do not need to be theologians to understand the implications of Francis’s use of Vatican II. According to Francis, the religion has changed into something that contradicts what it once was, otherwise we could simply follow what the Church had always taught. But if it now contradicts what it had been, then it clearly cannot be from God. As St. Paul wrote:

“But though we, or an angel from heaven preach a gospel to you besides that which we have preached to you, let him be anathema’ (Galatians 1:8)

If there is anything in Vatican II worth preserving, it is already found within the Church’s traditional teaching. All else is poison.

Anyway, if Francis is correct in thinking that all religions are fine we should feel quite comfortable in following the same Catholic religion that led all the pre-Vatican II saints to heaven. Who is Francis to condemn our religion when he has made it clear that we must respect all religions?

Sadly, Francis is wrong in his suggestion that the Council has not taken root. The problem in the Church is that it has taken root and has been bearing grotesque fruits, just as Satan and his fellow reformers intended. Our task is to take an axe to that root. If there is anything in Vatican II worth preserving, it is already found within the Church’s traditional teaching. All else is poison. Our Lady, destroyer of all heresies, pray for us!

[Comment Guidelines - Click to view]
The Remnant values the comments and input of our visitors. It’s no secret, however, that trolls exist, and trolls can do a lot of damage to a brand. Therefore, our comments are heavily monitored 24/7 by Remnant moderators around the country.  They have been instructed to remove demeaning, hostile, needlessly combative, racist, Christophobic comments, and streams not related to the storyline. Multiple comments from one person under a story are also discouraged. Capitalized sentences or comments will be removed (Internet shouting).
The Remnant comments sections are not designed for frequent personal blogging, on-going debates or theological or other disputes between commenters. Please understand that we pay our writers to defend The Remnant’s editorial positions. We thus acknowledge no moral obligation whatsoever to allow anyone and everyone to try to undermine our editorial policy and create a general nuisance on our website.  Therefore, Remnant moderators reserve the right to edit or remove comments, and comments do not necessarily represent the views of The Remnant.
back to top
Last modified on Wednesday, June 15, 2022
Tweet