Omicron Proven to be Best Defense Against COVID 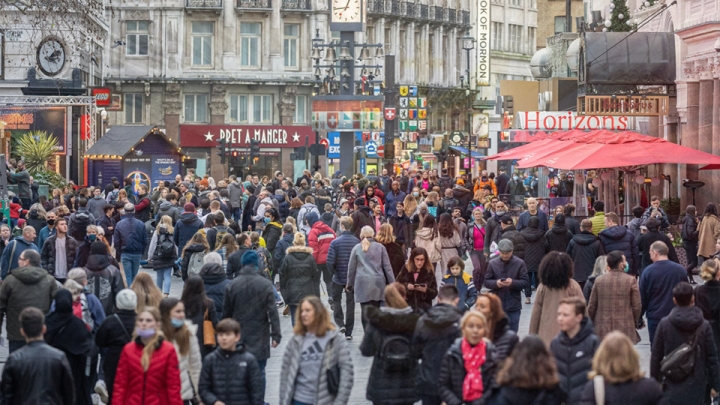 The news for Covid vaccines gets worse and worse

A big study says natural immunity protects against Omicron for over a year; mRNA shots fail in months. This is the third paper with awful mRNA data in a week. When will the media even pretend to care?

(Alex Berenson) Two doses of Covid vaccines offer no protection against Omicron infection and may even increase the risk of infection within months, according to a new paper in the New England Journal of Medicine.

In contrast, people previously infected with earlier coronavirus variants had a 50 percent lower risk of Omicron infection. That protection remained steady even more than a year after the initial infection.

But the details of the paper are even more devastating for mRNA shot advocates than those topline figures.

The new paper comes from researchers in Qatar, the wealthy Gulf city-state, which has comprehensive data on both vaccinations and Sars-Cov-2 infections. The New England Journal, which published it last week, is among the world’s best medical research outlets.

Such a study is said to have a “test-negative, case-control” design. Although they are not as powerful as randomized controlled trials, when properly conducted and designed to avoid bias, such studies can provide solid evidence. (Unfortunately, the design can also be easily manipulated; the Centers for Disease Control has used “test-negative” studies as the basis for many junk Covid research papers.)

The Qatar researchers seem to have run the study without putting a thumb on the scale - and with a large enough sample that the results are relatively reliable.

Their findings add to the increasingly grim picture now emerging about mRNA shot protection against Omicron. A base regimen of two mRNA shots offered about 50 percent protection in the first three months, but by six months out it had fallen below zero, meaning people who had received the “vaccines” were more likely to be infected.

The researchers found that a third mRNA dose briefly raised protection against Omicron over 50 percent, but after just one month it had declined to about 40 percent. (mRNA boosting started relatively late in Qatar, so the researchers did not have longer-term data.)

In contrast, protection that natural immunity offered against Omicron remained solid even a year after recovery.

Further, giving people who had natural immunity two shots of mRNA did nothing to increase that 50 percent protection. In other words, the public health argument that vaccination helps people even if they were already infected has proven wrong.

The authors acknowledged as much:

Meanwhile, while they acknowledged the failure of the mRNA shots against infection, the authors repeatedly insisted that the jabs still worked against hospitalizations and deaths - the final, endlessly repeated defense that vaccine advocates offer.

This paper provides a population-level counterpart to the bench findings published in the Lancet last week that showed vaccinated people had little antibody or T-cell protection against Omicron within months - even after a third dose. The shots simply do not work against Omicron. Whether they will provide any protection at all against severe outcomes within a few months of being dosed remains unclear. What to do next is also unclear.

Whether the media and public health authorities will be honest about any of this is clear, though: they won’t.
First, do no harm.

And if you can’t do no harm, ignore it!

This article first appeared at SubStack

[Comment Guidelines - Click to view]
The Remnant values the comments and input of our visitors. It’s no secret, however, that trolls exist, and trolls can do a lot of damage to a brand. Therefore, our comments are heavily monitored 24/7 by Remnant moderators around the country.  They have been instructed to remove demeaning, hostile, needlessly combative, racist, Christophobic comments, and streams not related to the storyline. Multiple comments from one person under a story are also discouraged. Capitalized sentences or comments will be removed (Internet shouting).
The Remnant comments sections are not designed for frequent personal blogging, on-going debates or theological or other disputes between commenters. Please understand that we pay our writers to defend The Remnant’s editorial positions. We thus acknowledge no moral obligation whatsoever to allow anyone and everyone to try to undermine our editorial policy and create a general nuisance on our website.  Therefore, Remnant moderators reserve the right to edit or remove comments, and comments do not necessarily represent the views of The Remnant.
back to top
Last modified on Saturday, June 25, 2022
Tweet
More in this category: « Chicago: Latin Mass Bad. Sodomy Good. VIGANÒ’S DECLARATION on the SCOTUS decision to overturn Roe »