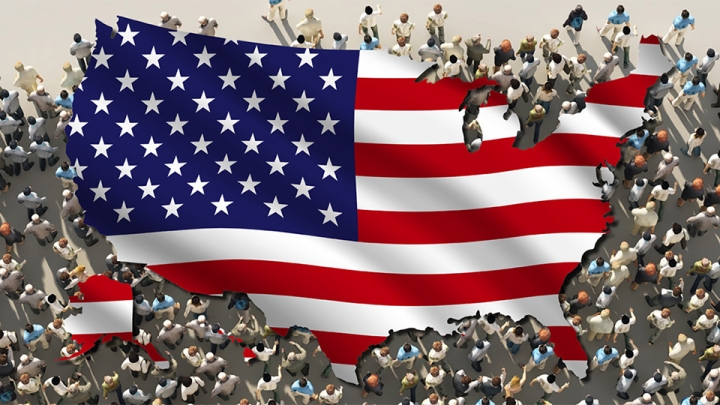 So among voters “identifying themselves as Catholic,” 25% believe that individuals (rather than God) create gender, and 23% do not acknowledge that abortion conflicts with Catholic teaching. Assuming (and hoping) there is significant overlap among the befuddled survey respondents on these two questions, we can say with some confidence that at least a quarter of the so-called Catholic voters surveyed cannot possibly be Catholic in belief, regardless of what their Baptismal certificates say.

It indicates the tremendous success that the anti-Catholic infiltrators have had since Vatican II.

Unfortunately, the EWTN report on the same survey paints an even worse picture, making it clear that well over a quarter of those “identifying themselves as Catholic” are not actually Catholic in belief:

None of this comes as a surprise, and it reflects a tragedy far worse than the disastrous political situation in America: it indicates the tremendous success that the anti-Catholic infiltrators have had since Vatican II. These infiltrators value the fact that they have caused so many Catholics to abandon the Faith altogether, but their most cherished trophy is surely the great number of souls who have left the Faith without realizing it. These “Catholics” not only do their bidding, they also unwittingly bear false witness against the Faith.

But perhaps the most revealing aspect of the survey is the way in which RealClear and EWTN present the answers to two of their most relevant questions: how Catholics would vote in the midterms and whether they approve of Trump. Regarding the first of these questions, EWTN reports:

“Catholic voters are evenly split between the parties as 44% indicate support for the Republican candidate in their district and 43% support the Democrat – with 13% unsure. There is, however, a difference among Catholics when looking at results broken out by how often they attend Mass. Weekly Mass attendees support the Republican candidate in their district by a margin of 47-41%, while those who attend Monthly or Yearly are split 43-42% Democrat and those who attend Less than Yearly or Never support the Democrat candidate 48-40%.”

Those of us who do not reject any Catholic teachings vigorously oppose the Democratic platform.

Although we can credit EWTN for distinguishing between Catholics who attend Mass weekly and those who do not, they did not report the more significant findings from their data:

Similarly, whereas both RealClear and EWTN reported that Catholics are split 49-49% in their favorable versus unfavorable view of Trump, their data shows something more significant:

Conversely, it is almost certain that there is a striking correlation between those in Chicago who enjoy Cardinal Cupich’s full support and those who embrace these foundations of the Democratic platform.

One might think we could corroborate these anecdotal observations by evaluating the RealClear/EWTN data from those who comprise the 20% of respondents who replied that “I accept all the Church's teachings and that is reflected in how I live my life.” Unfortunately, though, even among that group (the survey’s “most Catholic” respondents) we find:

Would their leadership face too much scrutiny if they accurately reported that no actual Catholic can come close to supporting the current Democratic platform?

So why would RealClear and EWTN portray such an incomplete and inaccurate vision of Catholic views in their reports? Could it be that the Catholic endorsement still has some weight despite the best efforts of Francis and his collaborators to destroy the Church’s credibility? Could it be that non-Catholics would realize the stunning hypocrisy of pseudo-Catholic Democrats (Biden, Pelosi, AOC, etc.) if RealClear and EWTN actually tried to convey an accurate picture? Would their leadership face too much scrutiny if they accurately reported that no actual Catholic can come close to supporting the current Democratic platform?

In any case, all of this reinforces the importance of Catholics insisting on true Catholic teaching. In the words of St. Pius X (as quoted in Fr. Roussel’s Liberalism & Catholicism):

“The duty of every Catholic is to unquestionably and religiously fulfill, firmly safeguard and profess without timidity, both in private and in public life, the principles of Christian truths taught by the Magisterium of the Catholic Church . . . [Persuaded that] . . . error is approved by non-resistance, and truth is suffocated by not defending her.”

[Comment Guidelines - Click to view]
The Remnant values the comments and input of our visitors. It’s no secret, however, that trolls exist, and trolls can do a lot of damage to a brand. Therefore, our comments are heavily monitored 24/7 by Remnant moderators around the country.  They have been instructed to remove demeaning, hostile, needlessly combative, racist, Christophobic comments, and streams not related to the storyline. Multiple comments from one person under a story are also discouraged. Capitalized sentences or comments will be removed (Internet shouting).
The Remnant comments sections are not designed for frequent personal blogging, on-going debates or theological or other disputes between commenters. Please understand that we pay our writers to defend The Remnant’s editorial positions. We thus acknowledge no moral obligation whatsoever to allow anyone and everyone to try to undermine our editorial policy and create a general nuisance on our website.  Therefore, Remnant moderators reserve the right to edit or remove comments, and comments do not necessarily represent the views of The Remnant.
back to top
Last modified on Friday, July 22, 2022
Tweet