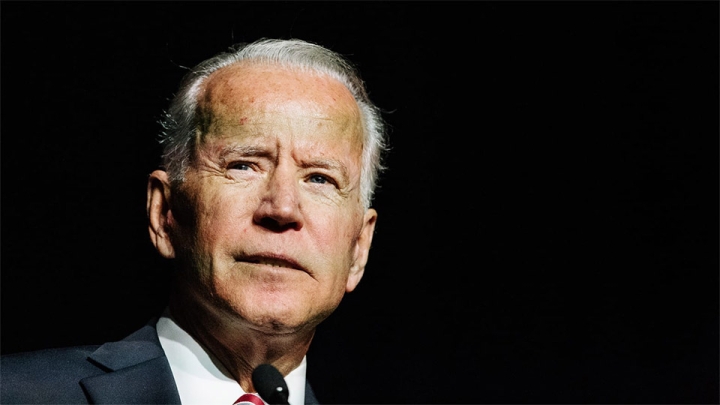 There is plenty to say about brevity, but that would defeat the purpose.  Neither time nor space affords me the opportunity to opine on the many headlines, stories, and political twists that comprise an average news day – let alone an entire week.  With that in mind, let’s clear the ledger.

The Federal Reserve has yet to learn the hard lessons of the 1970s inflation that when growth of the money supply slows, so does the increase in prices.

Considering the rapid increase in inflation, it should lead to a major reform in the capital gains tax, but it won’t, considering Congress is home to so many fiscal illiterates.

Ohio Gov. Mike DeWine signed a bill into law that allows all teachers to conceal carry a handgun – with librarians allowed to use silencers.

With unstable financial markets, and increasing crime, Democrats want you to turn in your weapons.

German leaders of the anti-immigration party called Angela Merkel the worst Chancellor in Germany’s history – now that is saying something.

Why can’t the left comprehend that Title IX was never meant to allow male athletes to compete against female athletes?

How fortunate the nation is that Merrick Garland is not on the Supreme Court.

With unstable financial markets, and increasing crime, Democrats want you to turn in your weapons.

The tithe at the Church of Green Energy is well over 10% and it is anything but voluntary.

Leftist fanatics find their way to university faculties, journalists, and district attorneys, while those on the right are ostracized, threatened, and fired.

At this point, any abduction by aliens is not an abduction, but a rescue.

The issue of Nazism was settled in 1945 when the notion of white supremacy was soundly defeated by the forces of white privilege.

Every school board in the country needs to make the U.S. Citizenship Test, administered to naturalizing immigrants, a high-school graduation requirement.

At this point, any abduction by aliens is not an abduction, but a rescue.

The ability of children to read has become secondary to what they are allowed to read – for fear they may learn to read between the lines.

At the rate U.S. drug laws are being repealed, Hunter Biden could get indicted for not bringing enough drugs for everyone.

Perhaps the U.S. needs to expand the census to South America so that they can register in advance of arriving.

Dr. Seuss’s latest: There is Disorder at the Border by Executive Order.

Many Democrat policy proposals are not only radical, but scientifically, economically, and numerically illiterate: Medicare for All and the Green New Deal violate the laws of economics, physics, and mathematics.

Socialism is contrary to human nature, while capitalism is the only proven economic system.

Wise decisions about how to utilize deficits start with understanding the factors that actually play into it, and sadly many of our politicians don’t have a clue. Congress does not want the responsibility of governing, just the perks.

Sen. Joe Manchin, a Democrat no less, has doomed humankind by not supporting Biden’s green agenda.  And here I thought Donald Trump was humanity’s greatest villain. You need a scorecard to keep track of who the Democrats blame as the greatest nemesis of humanity each week.

Arguably, the nation’s two most existential threats are China and our national debt, and Republicans need to start selling it that way.

Arizona executed its first prisoner in nearly eight years and for his last meal he requested some Kentucky Fried Chicken before kicking the bucket.

Dr. Seuss’s latest: There is Disorder at the Border by Executive Order.

A cargo plane arrived in Philadelphia from Australia with three million cans of baby formula on board.  Apparently, each can is labeled: Foster’s. Relax, it is a joke albeit a weak one. But any mother reading this can at some level certainly relate.

Have you noticed that when any leftists threaten to leave the U.S., they only mention white enclaves like Canada, Australia, and New Zealand?

Heinz Field was renamed by the Pittsburgh Steelers to Acrisure Stadium as the insurance and real-estate company acquired the naming rights for next 15 years. Granted, a good number of Steeler fans may not be able to spell or even pronounce the new name; but they will certainly ketchup sooner than later.

Latest from RTV — RESIDENTIAL SCHOOLS: Francis in Canada and the Rest of the Story

[Comment Guidelines - Click to view]
The Remnant values the comments and input of our visitors. It’s no secret, however, that trolls exist, and trolls can do a lot of damage to a brand. Therefore, our comments are heavily monitored 24/7 by Remnant moderators around the country.  They have been instructed to remove demeaning, hostile, needlessly combative, racist, Christophobic comments, and streams not related to the storyline. Multiple comments from one person under a story are also discouraged. Capitalized sentences or comments will be removed (Internet shouting).
The Remnant comments sections are not designed for frequent personal blogging, on-going debates or theological or other disputes between commenters. Please understand that we pay our writers to defend The Remnant’s editorial positions. We thus acknowledge no moral obligation whatsoever to allow anyone and everyone to try to undermine our editorial policy and create a general nuisance on our website.  Therefore, Remnant moderators reserve the right to edit or remove comments, and comments do not necessarily represent the views of The Remnant.
back to top
Last modified on Thursday, July 28, 2022
Tweet

More in this category: « All Charges Against Canadian Freedom Fighter, Pastor Artur Pawlowski, DROPPED DIOCESAN PRIEST to TLM PARISHIONERS: “We’re here for you, we’re going to take care of you.” »