Legislative Sleight of Words: the "Respect for Marriage Act" 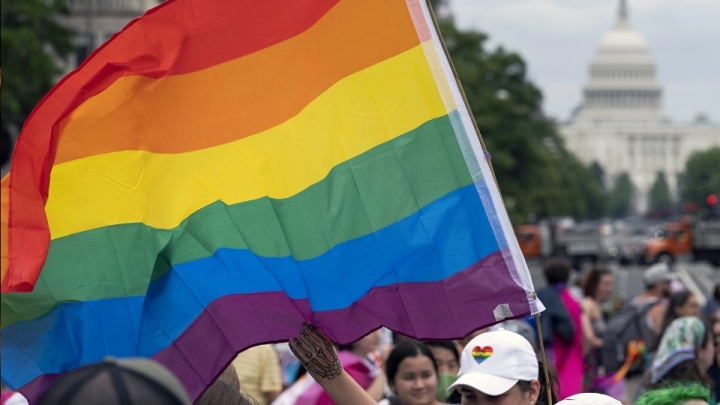 When crafting legislation, the first crucial step is to title the bill in a way that is agreeable to most. This legislative scheming was on display recently when Senate Majority Leader Chuck Schumer and Sen. Joe Manchin renamed the failed Build Back Better Act to the more pleasant-sounding, but untrue: Inflation Reduction Act.

Such political conjuring was at work again when all Democrats in the House joined by 47 Republicans passed: The Respect for Marriage Act. Who wants to vigorously argue against such a longstanding institution like marriage in a bill that is so ambiguously titled?

The Respect for Marriage Act (RFMA) sounds innocuous enough, even bordering on the reverent, and that is exactly the point.

The RFMA is nothing short of a political knee jerk reaction to the recently decided Dobbs decision that overturned Roe v. Wade.

The bill sounds like it supports marriage, but in reality, it wants to redefine it.

The RFMA is nothing short of a political knee jerk reaction to the recently decided Dobbs decision that overturned Roe v. Wade, reverting the issue of abortion to the states. The Left now fears the Supreme Court will overturn their 2015’s Obergefell v. Hodges decision and send the issue of same-sex marriage to the states where constitutionally it belongs.

The RFMA is anything but and would repeal the Defense of Marriage Act (DOMA), a 1996 law that defined marriage as the union of a man and a woman.  Moreover, DOMA did not compel any state to recognize same-sex marriages contracted in other states.

The RFMA would require the federal government to legalize all marriages in every state without regard for “the sex, race, ethnicity, or national origin of those individuals.”

In hindsight, DOMA was emasculated in 2013 by the Supreme Court’s U.S. v. Windsor decision and made totally irrelevant two years later in Obergefell v. Hodges, the revolutionary ruling that enshrined same-sex marriage as law by redefining traditional marriage by judicial fiat.

The RFMA would require the federal government to legalize all marriages in every state without regard for “the sex, race, ethnicity, or national origin of those individuals.”

The bill would redefine marriage far beyond what the Obergefell decision did by swinging the door open to a wide range of new threats to religious freedom like legalizing polygamy. Provided one Democrat majority state recognizes polygamy as legal, so would the federal government.

The RFMA contains no conscience protections allowing leftists to use state power to suppress religious opposition.

The RFMA contains no conscience protections allowing leftists to use state power to suppress religious opposition. Prior to Obergefell, we were assured that same-sex marriage would not infringe on anyone’s businesses. Just tell that to the number of bakers, florists and web designers that prove otherwise. The IRS would be empowered to strip the longstanding tax-exempt status from religious groups who refuse to adhere to the new law.

Most Rev. Salvatore J. Cordileone Archbishop of San Francisco weighed in saying, “Governments continue to use marriage redefinition laws to threaten the conscience and religious freedom of individuals such as wedding vendors, foster care and other social service providers, who seek to serve their communities without being punished for their longstanding and well-founded beliefs. This bill would lend weight to those efforts and further marginalize millions of reasonable and sincere people.”

Many Republicans seem perplexed about traditional marriage and how it attributes to a healthy and prosperous society. Too many see the issue as not being worth the political and social antipathy it brings and want the issue behind them once and for all.

Rushing a bill into law with such long-term consequences is political opportunism at its finest. After all, this is how Obamacare was passed.

These same Republicans had no issue campaigning on Judeo-Christian principles when it benefited their political aspirations. They must be convinced to put this bill to rest and take heed of President Calvin Coolidge’s sage advice: “It is much more important to kill a bad bill than to pass a good one.”

Despite many Republicans claiming to be committed to religious freedom and Constitutional originalism, five GOP senators are on board with RFMA with Democrats needing five more to overcome the Senate’s 60-vote filibuster and send the bill to President Biden’s desk.

Rushing a bill into law with such long-term consequences is political opportunism at its finest. After all, this is how Obamacare was passed.  Republican senators need to filibuster and kill the bill. Provided Republicans win Congress in November’s midterms, the bill would be a dead letter.

People of faith often lament how hopeless they feel about the devolving moral ethics of American society. Even though the time is short, action can still be taken by contacting your senator, today.

[Comment Guidelines - Click to view]
The Remnant values the comments and input of our visitors. It’s no secret, however, that trolls exist, and trolls can do a lot of damage to a brand. Therefore, our comments are heavily monitored 24/7 by Remnant moderators around the country.  They have been instructed to remove demeaning, hostile, needlessly combative, racist, Christophobic comments, and streams not related to the storyline. Multiple comments from one person under a story are also discouraged. Capitalized sentences or comments will be removed (Internet shouting).
The Remnant comments sections are not designed for frequent personal blogging, on-going debates or theological or other disputes between commenters. Please understand that we pay our writers to defend The Remnant’s editorial positions. We thus acknowledge no moral obligation whatsoever to allow anyone and everyone to try to undermine our editorial policy and create a general nuisance on our website.  Therefore, Remnant moderators reserve the right to edit or remove comments, and comments do not necessarily represent the views of The Remnant.
back to top
Last modified on Friday, August 5, 2022
Tweet

More in this category: « DIOCESAN PRIEST to TLM PARISHIONERS: “We’re here for you, we’re going to take care of you.” Synodality’s Perverse Agenda »