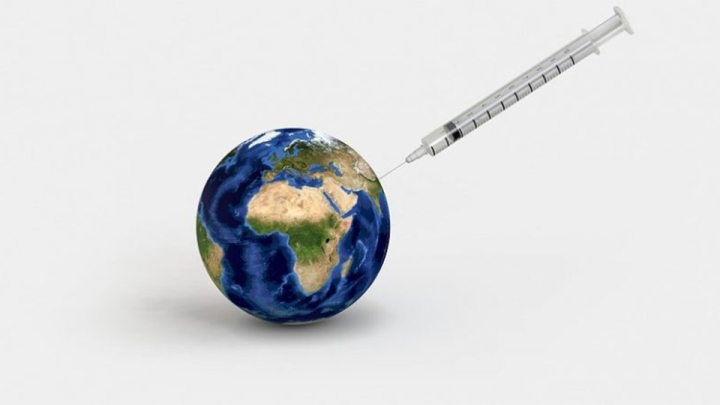 From Citizens News | Life insurance claims have skyrocketed since the COVID jab rollout, dwarfing the number of claims made during 2020 when a high-mortality-rate-pandemic was supposedly ravaging the Nation. Yale epidemiologist Harvey Risch believes that insurance companies are on the verge of taking legal action against vaccine manufacturers over vaccine-associated death risks that were downplayed from the very beginning. Risch points to an explosion of “early unexpected mortality claims” after the COVID vaccine rollout. This influx of life insurance claims is not even COVID-related, and insurers are struggling to pay out. Risch says that vaccine manufacturers misrepresented the “all-cause mortality” from their very own clinical trials, not only deceiving the population into taking dangerous vaccines, but also misleading the insurance companies who are now forced to pay for thousands of needless deaths in young and middle-aged adults. Will insurance companies seek financial compensation from the COVID-19 vaccine manufacturers to cover for “major financial risk[s] that they have to figure out how to manage” going forward?

Risch has analyzed statements made by the CEOs of various group life insurance companies. He claims that the actuaries miscalculated, estimating that the vaccinated would “live longer than they have.” Risch said the actuaries were deceived on “all-cause mortality…from the original [vaccine] trials.” In December of 2021, OneAmerica CEO Scott Davison attended a healthcare conference and spoke up about an “unheard of” 40 percent spike in the death rate of working-age people insured by the company. The 40 percent increase in death made no rational sense because the covid-19 vaccine had been rolled out the entire year. Government and public health officials promised that this vaccine program would save lives and end the pandemic. Davison said that a 10 percent increase in death would have required a “one-in-200-year-catastrophe.” There was no way the company could have predicted a 10 percent increase in death claims, let alone a 40 percent increase, when the worst of the pandemic was supposed to be in the rear-view mirror. The vaccines were safe and effective, they were told, and no one was allowed to question the god-like status of these experimental jabs. Most shocking, Davison said that the majority of insurance claims filed ARE NOT COVID-related deaths. In 2020, almost any medical issue could be coded as COVID-19, no matter how faulty the testing was, no matter how many underlying health issues and medical errors were to blame for the deaths. For the death rate to spike 40 percent and NOT be related to COVID-19 is an anomaly of mass proportions.

Will life insurance companies get a settlement from the vaccine makers, as the cycle of depopulation is swept under the rug?

At Lincoln National, actuaries reported a 163 percent increase in death benefits paid out in 2021, after the vaccine was rolled out to the public. The large insurer paid out $500 million in 2019, $548 million in 2020, and a whopping $1.4 billion in 2021. The global pandemic didn’t cause a drastic change in death benefits paid out, but for some reason, excess mortality was highest in 2021, when the COVID vaccine promised a way out. The year of the vaccine brought a tsunami of excess mortality, spiking the death rate to levels unthinkable for insurance companies to handle. Lincoln Financial is not poised to sue the vaccine manufacturers, however. Instead, they are justifying the surge in death payouts, pointing to “less favorable returns within the company’s alternative investment portfolio” that year. Lincoln Financial spokesperson Kelly DeAngelis said the company acquired Lincoln Life Assurance Company of Boston in 2021 and took on a slew of new claims. Even this acquisition does not explain the abnormal surge in death benefits paid out in 2021. Perhaps the insurance companies will ultimately seek some kind of settlement from the vaccine manufacturers – to brush the depopulation issue under the rug. Sources include:JustTheNews.comNaturalNews.com

Latest from RTV — SIEGE at MAR-a-LAGO: A Globalist Panic Attack

[Comment Guidelines - Click to view]
The Remnant values the comments and input of our visitors. It’s no secret, however, that trolls exist, and trolls can do a lot of damage to a brand. Therefore, our comments are heavily monitored 24/7 by Remnant moderators around the country.  They have been instructed to remove demeaning, hostile, needlessly combative, racist, Christophobic comments, and streams not related to the storyline. Multiple comments from one person under a story are also discouraged. Capitalized sentences or comments will be removed (Internet shouting).
The Remnant comments sections are not designed for frequent personal blogging, on-going debates or theological or other disputes between commenters. Please understand that we pay our writers to defend The Remnant’s editorial positions. We thus acknowledge no moral obligation whatsoever to allow anyone and everyone to try to undermine our editorial policy and create a general nuisance on our website.  Therefore, Remnant moderators reserve the right to edit or remove comments, and comments do not necessarily represent the views of The Remnant.
back to top
Last modified on Wednesday, August 17, 2022
Tweet
More in this category: « NYC Forced to Close Infant Vax Sites Due to "Lack of Demand" We the People? »