Climate Lockdowns and the “Melbourne Experiment” 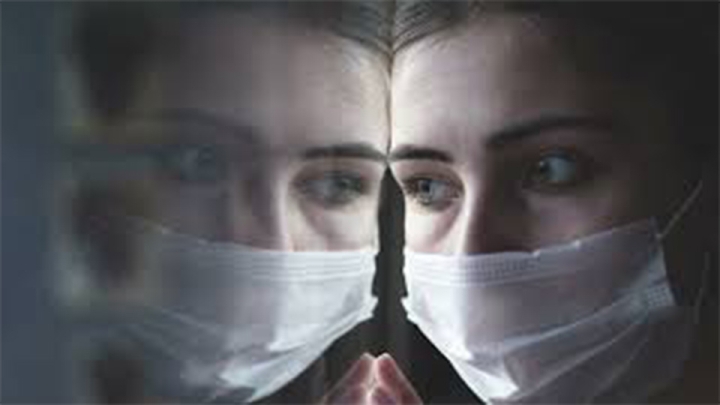 If Melbourne’s residents felt like guinea pigs during Victoria’s extended lockdowns, then Monash University has just explained why we weren’t imagining it. Australia’s wokest university has released a fascinating document entitled “The Melbourne Experiment” which promises to embed pandemic-style lockdowns into government policy in an effort to combat man-made “climate change.”

The 37-page document is an analysis of Victoria’s response to the COVID crisis and was ostensibly created to assist policymakers in the area of urban renewal. Monash University began the study in 2020, and using the UN Sustainable Development Goals as a reference, has used a cross-discipline approach to build up a picture of what it sees as the optimal urban lifestyle. “The Melbourne Experiment” collates data on seven aspects of urban life which its creators believe were affected by pandemic measures: physical and mental health; human behavior; employment; the future; society as a whole, the environment and digital technology.

In typical Marxist fashion, the study was compiled with an emphasis on inequalities and structures, and is scattered with ubiquitous “Build Back Better” terminology. The report concludes that several lessons are to be gleaned from Melbourne’s experience of more than 250 days in lockdown - but these lessons differ markedly from what any rational person would be likely to conclude.

Those “positive behaviors” learned by the cowering populace while it was kept under house arrest for up to 23 hours a day need to be not only encouraged, but expanded.

Anyone who was bashed by Melbourne’s militarized police or who had to watch their locked-down children become depressed and addicted to video games or who lost their job due to vaccine mandates, isn’t likely to think that “gender-specific projects” require more government funding. And while such a person might agree that the government should take a more serious look at the mental health issues which it has created through its inhuman restrictions, he won’t be quick to second the study’s opinion that listening to “evidence-based” arguments from academic talking heads is the way to go forward.

One of the conclusions is particularly concerning and gives some insight into the real purpose behind the report. It found that a need exists “to encourage and expand positive behaviors established during the pandemic.”

You read that correctly. Those “positive behaviors” learned by the cowering populace while it was kept under house arrest for up to 23 hours a day need to be not only encouraged, but expanded. Specifically, those behaviors include “ … employment flexibility, reduction in the use of cars, and the utilization of technology ...”

That is, the study concluded that the lifestyle which characterizes The Great Reset - working from home to supplement a meager Universal Basic Income, owning nothing and being happily hooked up to a digital “reality”- is to be promoted and expanded by urban planners and government policymakers. Of course, these innovations will not be limited to the city of Melbourne, and the study’s authors do not hesitate to tell us that the conclusions will “ … be applied nationally and internationally.”

One can imagine caged-up citizens looking out through their double-glazed windows, occasionally sighing at the freedom of the birds but being hastily summoned back to the “real” digital world for their remote court appearances, medical appointments, work meetings and schooling.

It is more than a little disconcerting to see how the Australian government has already begun to implement some of the document’s recommendations, ably assisted by the mainstream media. Three actions recommended in the report’s section on “Physical and Mental Health and Wellbeing” have been taken up by the new ultra-left Albanese government and have been reported on glowingly by the press. Increased funding for women’s safety and mental health, along with a renewed focus on waterways by state governments (the report recommends continuing funding for wastewater-based epidemiology) alert us to the fact that this document is more than the musings of some overpaid and out-of-touch academics.

Even the sections which appear to say something positive have a revolutionary flavor to them - the Fourth Industrial Revolution, that is. Where the section on urban planning mentions that humans appreciate green spaces, this, in the context of Smart Cities like The Line, can only mean that people will be herded into ultra-high-density housing in order to free up the land required for urban wildernesses. Unsurprisingly, this inhumane solution would also solve some other problems identified by the study: lack of diversity in employment opportunities and overpriced housing.

One can imagine caged-up citizens looking out through their double-glazed windows, occasionally sighing at the freedom of the birds but being hastily summoned back to the “real” digital world for their remote court appearances, medical appointments, work meetings and schooling. For recreation, there would, no doubt, be Uber-Eats with a chaser of the Metaverse and its virtual chamber of horrors.

“Building Back Better” - the term is specifically mentioned once again in this part of the report - is synonymous with Earth-worship.

Section 6 of the report is where the nitty-gritty of the project and its conclusions really become evident. This is where we learn that the only way out of the current chaos is the so-called “green recovery.” This basically means that “building back better” - the term is specifically mentioned once again in this part of the report - is synonymous with Earth-worship.

According to the document, two main indicators of anthropogenic “climate change” - air quality and warmth - declined during the COVID lockdowns. Emissions from space heating, vehicles and industry are mentioned as sources of these emissions, and the same solutions have mysteriously presented themselves to the self-proclaimed experts: work from home and get rid of private vehicles. Presumably, the private jets required for attendance at international climate change conferences are exempt from these recommendations.

At this point, one of the big influences behind the report is revealed: the international body, ICLEI, otherwise known as Local Governments for Sustainability. ICLEI is well known for one of its main projects, the Rockerfeller-funded Resilient Cities program, of which Melbourne has been a member for some years. It appears that the main purpose for ICLEI’s involvement is to assist governments in planning and implementing a “green recovery” at the local level. ICLEI is just one of the dozens of global entities sticking its nose into the lives of everyday citizens in the name of progress.

Sounds like fun, especially for those who thought they were off the hook by managing to avoid the world’s largest clinical trial.

Speaking of unwelcome scrutiny, Melbourne residents can look forward to being studied even more closely thanks to the “Living Lab” project. This offshoot from the “Melbourne Experiment”  is designed to see how residents respond to “design anthropology”, which is a novel discipline in its early stage of development by some kooky social scientists from Monash. Sounds like fun, especially for those who thought they were off the hook by managing to avoid the world’s largest clinical trial.

However, those for whom gender inequality, economic disparities and climate change are paramount issues can soon rest easily. Their Smart City room with a view is just around the corner.

Residents can also anticipate having their internet usage scrutinized since some bright spark at Monash has decided that the internet is a “human behavioral laboratory” which can help shape Australia’s national internet infrastructure. This innovation surely has nothing in common with the Federal government’s new powers which allow the Federal Police to take over the online accounts of individuals and to modify, “correct” or delete other people’s data. As well as being subject to the same degree of surveillance previously applied to terrorists and foreign aggressors, Australian citizens can relish having their computers counted among the 400 million internet-connected devices currently being monitored by Monash.

All in all, “The Melbourne Experiment '' is yet more evidence that what was once thought of as conspiracy theory has revealed itself to be conspiracy fact. Its authors have conveniently determined that the solutions to every negative impact from the pandemic measures (which academics just like them designed) can also solve their Hegelian-inspired climate crisis.

As if proof were needed, Monash has shown itself to be nothing more than a well-funded nudge unit for the New World Order. However, those for whom gender inequality, economic disparities and climate change are paramount issues can soon rest easily. Their Smart City room with a view is just around the corner.

Latest at RTV — ROTHSCHILD'S POPE and the League of Globalist Gentlemen

[Comment Guidelines - Click to view]
The Remnant values the comments and input of our visitors. It’s no secret, however, that trolls exist, and trolls can do a lot of damage to a brand. Therefore, our comments are heavily monitored 24/7 by Remnant moderators around the country.  They have been instructed to remove demeaning, hostile, needlessly combative, racist, Christophobic comments, and streams not related to the storyline. Multiple comments from one person under a story are also discouraged. Capitalized sentences or comments will be removed (Internet shouting).
The Remnant comments sections are not designed for frequent personal blogging, on-going debates or theological or other disputes between commenters. Please understand that we pay our writers to defend The Remnant’s editorial positions. We thus acknowledge no moral obligation whatsoever to allow anyone and everyone to try to undermine our editorial policy and create a general nuisance on our website.  Therefore, Remnant moderators reserve the right to edit or remove comments, and comments do not necessarily represent the views of The Remnant.
back to top
Last modified on Tuesday, August 30, 2022
Tweet

More in this category: « We the People? Michael Matt to Speak Tonight in Wisconsin »