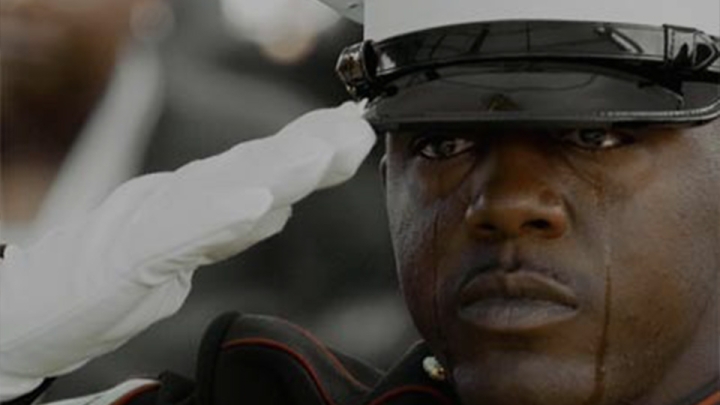 As the fallout from the 2022 midterm election is being sliced and diced, another day on the November calendar just as significant is upon us – Veteran’s Day.

Decades ago on the collegiate quad, a fellow student asked if I was going to pledge a fraternity. I told him I was already pledged. He asked me which one and I told him “Semper Fidelis.” He was unfamiliar. I explained they are a proud bunch with few members. He seemed satisfied with my answer and, as part of his fraternal initiation during “rush week”, went about his way hauling his mandatory multicolored brick and self-styled funky hat to all his classes.

For nearly half a century, the military fraternity has been served by volunteers. This year, the Army missed its recruiting goal by 25% -- short 20,000 soldiers.  Many within the veteran fraternity are rightly concerned.

Fewer than one-quarter of Americans aged 17 to 24 are eligible to serve due to obesity, addiction, and criminal history.

In a survey by the Military Family Advisory Network, only 62% would encourage someone to enlist, down from 75% in 2019. A Defense Department study said 57% of young Americans believe military service would provide them with psychological problems.

To add to the apathy, the recruit pool continues to shrink since fewer than one-quarter of Americans aged 17 to 24 are eligible to serve due to obesity, addiction, and criminal history.

Annually, the Heritage Foundation releases their Index of Military Strength that measures readiness and found the armed forces are “at growing risk of not being able to meet the demands of defending America’s vital national interests.”

Defining individuals by some arbitrary social entitlement or victim status is anathema to fostering a unified armed force.

Defense Secretary Lloyd “Our enemies lie within our own ranks” Austin and Chairman of the Joint Chiefs Gen. Mark “I want to understand white rage” Milley  are more concerned about wokeism’s Diversity, Inclusion and Equity (DIE) – than recruiting and leading a cohesive fighting force.

Many are raised to question America’s worth, and at worst, deplore its existence.  No number of DIE trainings will restore and nurture national pride.  Defining individuals by some arbitrary social entitlement or victim status is anathema to fostering a unified armed force.  Americans must believe in the sanctity of the American Republic and that it is worth fighting and sacrificing for.  If society continues to teach our children that this country is not worth defending, the future is lost.

The emphasis on DIE is at the expense of combat readiness which deprives the armed forces of the recruits it most needs.  Austin and Milley dismiss that wokeism is repugnant to the many who historically enlist.  Moreover, forcing troops to take a shot that does nothing in preventing the COVID infection is used as a political bludgeon.  It is a wonder more troops have not opted out to civilian life as nobody wants to be led by blind donkeys.

Biden and his wokerati coterie insult half the nation by believing our greatest threat is global warming, while hectoring troops about Critical Race Theory, gender fluidity and proper pronouns. Social justice experiments are a detriment to morale that no one talks about. Do you really think the Ukrainians are concerned about such garbage?

Better equipment and training mean nothing provided troops are focused on microaggressions rather than winning battles. America’s enemies are paying attention.

“We must comprehensively strengthen military training and preparation and improve the army’s ability to win.” That quote is not from President Biden, but from China’s Xi Jinping at the recent opening of the Communist Party’s congress.

With an uncompetitive pay scale in the private sector and its low unemployment, the Sergeant Major of the Army has suggested soldiers enroll in SNAP and WIC to feed their families.

Denigration of the nation and its military are symptoms of a disease that is fatal if not treated. Instead of forgiving student debt outright, why not allow such clemency in exchange for military service. The venture out of this begins by purging the decay at the top, ending the jab mandates, while burying wokeism.

Until that happens nothing will change.

This is one battle we cannot lose.

[Comment Guidelines - Click to view]
The Remnant values the comments and input of our visitors. It’s no secret, however, that trolls exist, and trolls can do a lot of damage to a brand. Therefore, our comments are heavily monitored 24/7 by Remnant moderators around the country.  They have been instructed to remove demeaning, hostile, needlessly combative, racist, Christophobic comments, and streams not related to the storyline. Multiple comments from one person under a story are also discouraged. Capitalized sentences or comments will be removed (Internet shouting).
The Remnant comments sections are not designed for frequent personal blogging, on-going debates or theological or other disputes between commenters. Please understand that we pay our writers to defend The Remnant’s editorial positions. We thus acknowledge no moral obligation whatsoever to allow anyone and everyone to try to undermine our editorial policy and create a general nuisance on our website.  Therefore, Remnant moderators reserve the right to edit or remove comments, and comments do not necessarily represent the views of The Remnant.
back to top
Last modified on Wednesday, November 9, 2022
Tweet

More in this category: « Obsession Number One THE PRIESTLY IMPASSE: When Obedience Becomes a Sin »