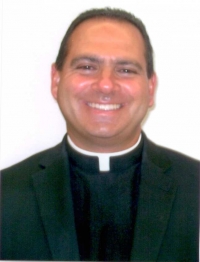 This just in from our friends at LifeSiteNews – Amid continuing concern about the Vatican press office’s “manipulation” of the family synod’s message, a priest who has been covering Vatican news for over 15 years had his credentials revoked last week, and was told to leave the premises “immediately.” The revocation came after he had challenged an archbishop following the October 6 press conference over comments claiming that allowing Communion for the divorced and remarried is up for debate.

Written by Michael J. Matt | Editor
Read more...
This today from Sandro Magister: "Thirteen Cardinals Have Written to the Pope. Here’s the Letter. But Francis has rejected their requests en bloc. And meanwhile, the “Relatio finalis” has disappeared from the program of the synod

ROME, October 12, 2015 - On Monday, October 5, at the beginning of work at the synod on the family, Cardinal George Pell delivered a letter to Pope Francis, signed by him and twelve other cardinals, all present in the synod hall.

The thirteen signatories occupy positions of the first rank in the Church’s hierarchy. Among them there are, in alphabetical order:

In the letter, concise and perfectly clear, the thirteen cardinals bring to the pope’s attention the serious “concerns” of themselves and other synod fathers over the procedures of the synod, in their judgment “designed to facilitate predetermined results on important disputed questions,” and over the “Instrumentum laboris,” viewed as inadequate as a “guiding text or the foundation of a final document.” READ REPORT HERE

REMNANT COMMENT:It is difficult to see how, after all of this, there won't be significant changes introduced to Church practice at the conclusion of this Synod. This Synod has all the makings of true totalitarian revolution at the highest levels of the Catholic Church. If we are proven wrong, then we’ll praise God for His merciful intervention.

Written by Michael J. Matt | Editor
Read more...
Editor’s Note: Back in 1982, in Today Magazine’s April issue, Anne Roache penned an article called “The Way It Used to Be”. We recently discovered this article as it was reproduced in one of the late, great Hamish Fraser’s Approaches magazines from the early 1980s. Presumably this sobering article reflects the sort of thinking that eventually prompted Anne Roache Muggeridge’s masterwork, The Devastated Vineyard: Revolution in the Catholic Church. With prayers for the repose of her soul, let us read Anne’s beautiful description of the way things used to be and the way they surely will be again, in God’s good time. MJM

“What Have You Done to Our Catholic Church”

Editor’s Note: It was an honor for me to present the following paper at the Angelus Press Conference in Kansas City this month.  With well over 500 attendees, including more than 50 priests and nuns, and so many young families, it was abundantly obvious to me that this event has become traditional Catholicism’s premier weekend conference. With excellent lectures, great food, wonderful accommodations, and an obvious commitment to reaching out to Catholics in all camps (there were several diocesan priests on hand as well as many attendees from Latin Mass centers operated outside of the SSPX),  I recommend this conference to readers of the Remnant, whether you are attached to the SSPX or not.  Hearty congratulations to my good friend, James Vogel, and his team on a job so well done. May God bless and keep our brothers and allies at the Angelus. MJM

"The Pope is not an absolute monarch whose thoughts and desires are law."   -Benedict XVI

Updated Version: This article was updated today, 10/12/15, in order to reflect additions that were made for the print edition of The Remnant. The two versions are now exactly the same. MJM

Editor’s Note: The following article is quite lengthy. But like Chris Ferrara’s other more lengthy contributions to this journal, it “reads short” while providing a clear and comprehensive overview of a complex situation. Francis’s Blitzkrieg “reform” of the annulment process is a turning point in Church and world history that deserves the thorough treatment it receives here.

Vandals in Rome: Will They Sack Christian Marriage? Featured

Written by Christopher A. Ferrara
Read more...
My testimony is for my parents, Donald and Agnes Monica Carter, who despite material privations resisted the advice of the first generation of hippy nuns to be sterilised, stayed open to the gift of life promised in their marriage vows and had nine children (of whom I am the fourth). I hope all current younger Traditionalists and new Traditionalists in the future might benefit from a small insight into the seismic earthquake that hit the Catholic laity in the 1960's. Now my parents are in their middle eighties and they deserve a public tribute for their faith, their fortitude and for giving their children their all.
Thursday, October 8, 2015

An Urgent Appeal from Chris Ferrara

Mike Matt did not want me to write this letter. He hates this kind of thing. But I insisted upon it. The people who know and love The Remnant need to come its aid now, because The Remnant is fighting for its life.

I have proudly served as The Remnant’s lead columnist for some thirteen years. It has been an honor and a privilege to contribute to the legacy of a venerable Catholic journal that has been telling its readers the truth about the crisis in the Church from the moment the crisis began almost fifty years ago.

The Internet is Killing The Remnant (We Need Help) Featured

A recap from the Underground.

Pope Francis' visit to the New World-- What was gained?

What was the point?

New from Remnant TV... The Pope's US Visit: A LGBT Victory? Featured

At the opening of the Synod Against the Family™, the Holy Father spoke to the Synod Fathers about the need to “open up to the Holy Spirit, with apostolic courage, with evangelical humility and with confident prayer, so that it is he that guides and illumines us and puts before our eyes not our personal opinions but faith in God, fidelity of the Magisterium, the good of the Church and the salus animarum” (Emphasis mine).

Given the moral certitude that Pope Francis intends to change the church’s practice on Holy Communion towards adulterers, the Holy Father is essentially telling the bishops to listen to the Holy Spirit, whom he asserts is telling them to give the Eucharist to adulterers who do not have a firm purpose of amendment.
Tuesday, October 6, 2015

Is the Holy Spirit Behind the Kasper Proposal? Featured

This just in from The Week's Michael Brendan Dougherty: "In the next three weeks, I fully expect the leadership of my own One Holy and Apostolic Catholic Church to fall into apostasy, at the conclusion of the Synod on the Family that begins today in Rome. This is the outcome Pope Francis has shaped over the entirety of his pontificate, and particularly with his recent appointments. An event like this —heresy promulgated by the Pope and his bishops — is believed by most Catholics to be impossible. But they should be prepared for it anyway. This is not an ordinary religious conference, but one to be dreaded.

"My prediction is that, after much fixing and machinations by its leaders, the Synod on the Family will declare that the Holy Spirit led them to a new understanding of the truth. The Synod's leaders will adopt the position that those living in second marriages, irrespective of the status of their first marriage, should be admitted to Holy Communion."  READ FULL ARTICLE

REMNANT COMMENT: Yes, indeed. Now is the time for all Catholics to stand together, united and strong. A line has been drawn, they crossed it, and we will not back down. If the Vatican wants a civil war, they've got one. Catholics will be silent no longer.

Does Pope Francis fear God? On the Synod of the Family and the fracturing of the Catholic Church.

Bracing for the Synod…Means, Motive, and Opportunity

Cardinal Kasper Gears Up for Vatican Synod: ‘You Are Born Gay’

The Synod on the Family: Can the “Good Bishops” Save Us? (Don't Hold Your Breath)