Editor’s Note: Just to be perfectly clear, Father X is not SSPX or 'independent'. He is a priest in good standing with superiors who in turn are in good standing with Rome. Though he usually offers Mass in the Traditional Rite, he also celebrates the Novus Ordo. His words indicate that Catholic priests from all walks of life in the Church today are deeply concerned about the new direction in which Pope Francis seems determined to take the Church we all love.  Please pray for the Holy Father.  God help us all.  MJM

Following up my article in the July 31st Remnant on how Pope Francis 'demythologizes' the miracle of the loaves and fishes, I would like to recommend to readers the following practice, which I myself have recently adopted.

Pray for the Intentions of the Holy Father? Really? Featured

May 29, 2015 (LifeSiteNews.com) -- The grave effects of Ireland’s May 22 referendum in favor of same-sex “marriages,” not only for the secular world, but also especially for the Catholic Church, are showing themselves already.

None other than the leading cardinal who has promoted the liberal agenda for the two-part Synod of Bishops on the Family, Cardinal Walter Kasper, has now come out publicly and with force, telling the Italian newspaper Corriere della Sera that the Church needs to address more fully the question of same-sex couples. This topic was at the last Synod “only a marginal topic, but now it becomes central,” Kasper said on Wednesday.

Kasper also defended the vote of the Irish in favor of homosexual “marriages,” saying: “A democratic state has the duty to respect the will of the people; and it seems clear that, if the majority of the people wants such homosexual unions, the state has a duty to recognize such rights.” He also said that the Irish referendum is “emblematic for the situation in which we find ourselves, not only in Europe, but in the whole West.” Kasper also said: “The postmodern concept – following which everything is equal – stands in contrast to the doctrine of the Church.” READ ARTICLE HERE


REMNANT COMMENT: When will this apostate cardinal have officially excommunicated himself? Please, canon lawyers out there--what's it going to take? 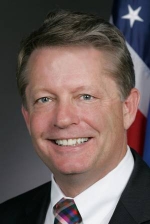 State Labor Commissioner Mark Costello was stabbed to death Sunday night at a northwest Oklahoma City restaurant in what sources say was an attempted reconciliation gone bad with his son.Costello’s son, Christian Costello, 26, was taken into police custody and was being questioned by detectives late Sunday. Police confirmed Christian was the son of Mark Costello, who also had two other sons and two daughters. READ FULL STORY HERE

REMNANT COMMENT: Mark Costello was a tradition-minded Catholic who had been a student of the late, great Dr. John Senior back in the 1970s.  Please pray for the repose of his soul and for the terrible suffering of his family and mentally ill son.

"What Have You Done To Our Catholic Church!"

Editor’s Note: Back in 1982, in Today Magazine’s April issue, Anne Roche penned an article called “The Way It Used to Be”. We recently discovered this article as it was reproduced in one of the late, great Hamish Fraser’s Approaches magazines from the early 1980s. Presumably this sobering article reflects the sort of thinking that eventually prompted Anne Roche Muggeridge’s masterwork, The Desolate City: Revolution in the Catholic Church. With prayers for the repose of her soul, let us read Anne’s beautiful description of the way things used to be and the way they surely will be again, in God’s good time. MJM

I must sometimes have gone to Mass in the day-light when I was young, but umy strongest memory is of coming thankfully into it out of the cold dark. At first, to keep my father company. He was a millwright and had to work every Sunday. I used to hurry through the chill Newfoundland mornings with him, shivering, fasting, to the poor little basement church, down into the warm, candlelit, holy silence. The church was always surprisingly full. Men from the mill with their lunch baskets, going on or coming off shift, sometimes black-faced from unloading coal boats all night, kneeling on the floor at the back, too filthy to venture into a pew. Nurses, and our doctor in his vast raccoon coat, with his bag, after a night call. A Mountie in full uniform. Young people still in evening dress after a party. 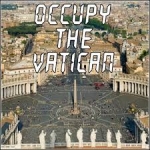 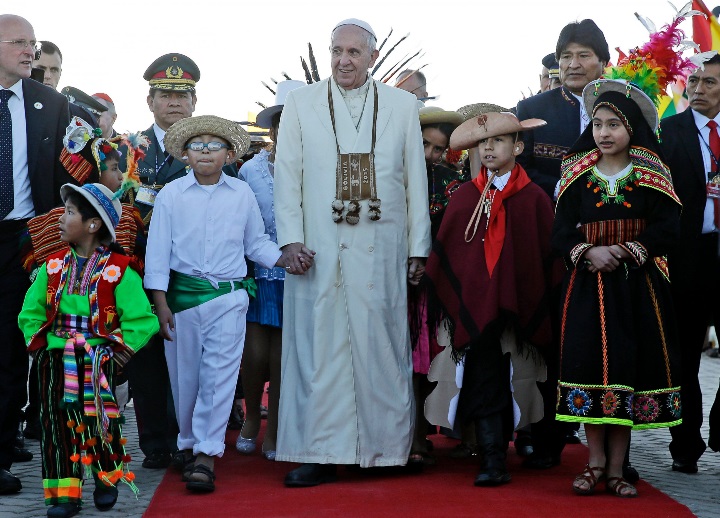 A few weeks ago alarm bells went off in my head when someone forwarded me an excerpt from an English-language translation of a sermon he preached in the Pope's recent trip to South America, relating the loaves-and-fishes event to the Eucharist. Let me explain.

Around two centuries ago the liberal Protestant scholar Gottlob Paulus (1761-1851) started what was to become quite a popular trend in the heretical German circles of “higher critical” biblical scholarship. Paulus wanted to recognize some historical foundation in the Gospel accounts of our Lord’s life and ministry; but his Enlightenment rationalism meant excluding all supernatural, miraculous elements from these accounts. After all, did not every truly enlightened person now recognize that miracles are impossible, so that all accounts of them must be relegated to the category of myth or legend? Professor Paulus and his school of thought therefore opted for a “happy-medium” solution: retain the Gospel accounts as being partly historical, but demythologize them. That is, ‘re-interpret’ them – purify them! – so as to give a ‘rational’, non-supernatural explanation to the wondrous actions attributed to Jesus.

Freedman-Gurspan is an outreach and recruitment director for presidential personnel in the Office of Personnel.

Transgender advocates say she is the first openly transgender official to serve in the White House.

According to Newsnow.com, White House senior adviser Valerie Jarrett says Freedman-Gurspan's commitment to improving the lives of transgender Americans reflects the values of the Obama administration.

"Trump ... promises to rescind protections for Dreamers and deport them. He wants to redefine the constitutional definition of U.S. citizenship as codified by the 14th Amendment. He plans to impose a moratorium on legal immigration."

While Sharry is a bit hysterical, he is not entirely wrong.

For the six-page policy paper, to secure America's border and send back aliens here illegally, released by Trump last weekend, is the toughest, most comprehensive, stunning immigration proposal of the election cycle.

The Trump folks were aided by people around Sen. Jeff Sessions who says Trump's plan "reestablishes the principle that America's immigration laws should serve the interests of its own citizens."

The issue is joined, the battle lines are drawn, and the GOP will debate and may decide which way America shall go. And the basic issues — how to secure our borders, whether to repatriate the millions here illegally, whether to declare a moratorium on immigration into the USA — are part of a greater question.

Will the West endure, or disappear by the century's end as another lost civilization? Mass immigration, if it continues, will be more decisive in deciding the fate of the West than Islamist terrorism. For the world is invading the West.

REMNANT COMMENT by James Cunningham: Eye-opening and provocative mind-blowing stats and facts.  Can we afford to take in the refugees of the world without becoming a third world country in the process?  I think not.  The liberals are running out of "other people's money."

Minions: Are they good for kids?

Plus, department stores jump on the gender ideology bandwagon where the marketing of children's toys are concerned. 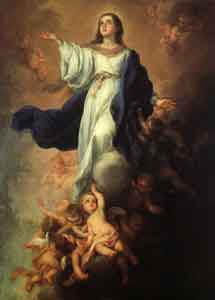 Fatima and the Traditional Latin Mass

This evening we celebrate the Vigil of the Assumption of the Blessed Virgin Mary. The Holy Sacrifice of the Mass tonight is being offered in reparation for the public sacrileges and blasphemies committed against the Sacred Heart of Jesus and the Immaculate Heart of Mary.

Yesterday, August 13th, was the 98th Anniversary of what was to have been Our Lady of Fatima’s 4th apparition to the three shepherd children of Fatima: Jacinta, age 7; her brother, Francisco, age 8; and their cousin, Lucia, age 10. However, on that date they were kidnapped by the communist/masonic administrator of Vila Nova de Ourem.

On the Vigil of the Assumption Featured