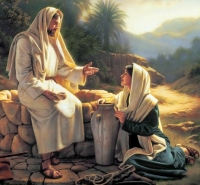 Remnant TV's new 'Sunday Sermons from So. St. Paul'. This morning our priest delivers a barnburner of a sermon all about the Synod.

"A line has been drawn--on which side are you?"

The Holy Father has often stressed the message that some in the church need to show more mercy and this message is almost always directed towards faithful Catholics. A recent homily delivered on the second day of the Synod on the Family reiterates this message, saying:

Yeah, About that Mercy Talk…

This just in from Aleteia: "One of the cardinals who signed a controversial letter to Pope Francis explained in an interview today how his participation came about.

"Cardinal Timothy Dolan of New York said on Sirius XM’s Catholic Channel that he was in a meeting last week with Australian Cardinal George Pell, who suggested writing to Pope Francis about concerns over how the synod was being run.

"According to Damian Thomson in The Spectator, and other reports, 13 of the 74 cardinals participating in the synod wrote Pope Francis a private letter warning that the synod is being hijacked by liberals obsessed with the narrow issue of giving Communion to divorced and remarried people. The letter was leaked by Vaticanista Sandro Magister on Monday. The signatories also expressed concern that taking a route of “pastoral flexibility” could lead to the Church falling apart in the same way as liberal Protestant denominations; and that the synod working papers prepared by Cardinal Lorenzo Baldisseri and Archbishop Bruno Forte are a mess. READ FULL REPORT HERE

REMNANT COMMENT: You know we're really in some kind of trouble when even Cardinal Dolan thinks it's time to stand up and object. Still, it is what it is, so I say "good for him and God bless ya. Bravo!"

We thank you for your witness to and defense of the truth of Matrimony and Family proclaimed by the Church, in fidelity to our Lord Jesus Christ. As the Ordinary Synod on the Family continues its work, confusion and scandal spread among the faithful. Catholics are concerned that some members of this body of apostolic successors, under the guidance of the Pope, are seeking to endorse homosexual relationships, effectively question the indissolubility of marriage, and permit the distribution of the Holy Eucharist to the unrepentant. READ MORE HERE 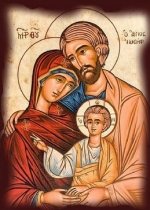 I have almost forgot the taste of fears;
The time has been, my senses would have cool'd
To hear a night-shriek; and my fell of hair
Would at a dismal treatise rouse and stir
As life were in't: I have supp'd full with horrors…

Could it possibly be that the Synod on the Family will ultimately be unveiled as a tale told by an idiot, full of sound and fury, signifying nothing? The answer is: yes and no. The reason behind the “Yes” is that the Faithful themselves have not been slow or hushed in expressing their discontent over the last two years, and the bishops may have gotten and heeded the message, for one reason or another.

The Synod of Sound and Fury Featured 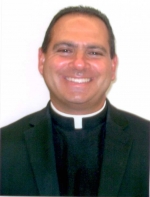 This just in from our friends at LifeSiteNews – Amid continuing concern about the Vatican press office’s “manipulation” of the family synod’s message, a priest who has been covering Vatican news for over 15 years had his credentials revoked last week, and was told to leave the premises “immediately.” The revocation came after he had challenged an archbishop following the October 6 press conference over comments claiming that allowing Communion for the divorced and remarried is up for debate.

Written by Michael J. Matt | Editor
Read more...
This today from Sandro Magister: "Thirteen Cardinals Have Written to the Pope. Here’s the Letter. But Francis has rejected their requests en bloc. And meanwhile, the “Relatio finalis” has disappeared from the program of the synod

ROME, October 12, 2015 - On Monday, October 5, at the beginning of work at the synod on the family, Cardinal George Pell delivered a letter to Pope Francis, signed by him and twelve other cardinals, all present in the synod hall.

The thirteen signatories occupy positions of the first rank in the Church’s hierarchy. Among them there are, in alphabetical order:

In the letter, concise and perfectly clear, the thirteen cardinals bring to the pope’s attention the serious “concerns” of themselves and other synod fathers over the procedures of the synod, in their judgment “designed to facilitate predetermined results on important disputed questions,” and over the “Instrumentum laboris,” viewed as inadequate as a “guiding text or the foundation of a final document.” READ REPORT HERE

REMNANT COMMENT:It is difficult to see how, after all of this, there won't be significant changes introduced to Church practice at the conclusion of this Synod. This Synod has all the makings of true totalitarian revolution at the highest levels of the Catholic Church. If we are proven wrong, then we’ll praise God for His merciful intervention.

Written by Michael J. Matt | Editor
Read more...
Editor’s Note: Back in 1982, in Today Magazine’s April issue, Anne Roache penned an article called “The Way It Used to Be”. We recently discovered this article as it was reproduced in one of the late, great Hamish Fraser’s Approaches magazines from the early 1980s. Presumably this sobering article reflects the sort of thinking that eventually prompted Anne Roache Muggeridge’s masterwork, The Devastated Vineyard: Revolution in the Catholic Church. With prayers for the repose of her soul, let us read Anne’s beautiful description of the way things used to be and the way they surely will be again, in God’s good time. MJM

“What Have You Done to Our Catholic Church”

Editor’s Note: It was an honor for me to present the following paper at the Angelus Press Conference in Kansas City this month.  With well over 500 attendees, including more than 50 priests and nuns, and so many young families, it was abundantly obvious to me that this event has become traditional Catholicism’s premier weekend conference. With excellent lectures, great food, wonderful accommodations, and an obvious commitment to reaching out to Catholics in all camps (there were several diocesan priests on hand as well as many attendees from Latin Mass centers operated outside of the SSPX),  I recommend this conference to readers of the Remnant, whether you are attached to the SSPX or not.  Hearty congratulations to my good friend, James Vogel, and his team on a job so well done. May God bless and keep our brothers and allies at the Angelus. MJM

"The Pope is not an absolute monarch whose thoughts and desires are law."   -Benedict XVI

Updated Version: This article was updated today, 10/12/15, in order to reflect additions that were made for the print edition of The Remnant. The two versions are now exactly the same. MJM

Editor’s Note: The following article is quite lengthy. But like Chris Ferrara’s other more lengthy contributions to this journal, it “reads short” while providing a clear and comprehensive overview of a complex situation. Francis’s Blitzkrieg “reform” of the annulment process is a turning point in Church and world history that deserves the thorough treatment it receives here.

Vandals in Rome: Will They Sack Christian Marriage? Featured

The Internet is Killing The Remnant (We Need Help)

New from Remnant TV... The Pope's US Visit: A LGBT Victory?

Is the Holy Spirit Behind the Kasper Proposal?