The Pointlessness of the Catholic/ Muslim “Same God” Debate

Conservative and Traditional Catholic apologists have spilled a lot of ink over the years explaining how Catholics and Muslims either do or do not worship the same God. Conducting a web search on the topic results in a cavalcade of apologetic websites promising to explain, often in painstaking detail, one or the other side of the issue. Why? Because, of course, a few lines from two documents of Vatican II which refer to Muslims seem to indicate that Catholics and Muslims worship the same God. If you’ll indulge me, I’m going to attempt to cut through the morass created by the repeated attempt to “explain” these few lines by apologists on both sides and simplify this issue to its essentials.

But the plan of salvation also includes those who acknowledge the Creator. In the first place amongst these there are the Muslims, who, professing to hold the faith of Abraham, along with us adore the one and merciful God, who on the last day will judge mankind.

Parts I, II, and III of this series should be read first. 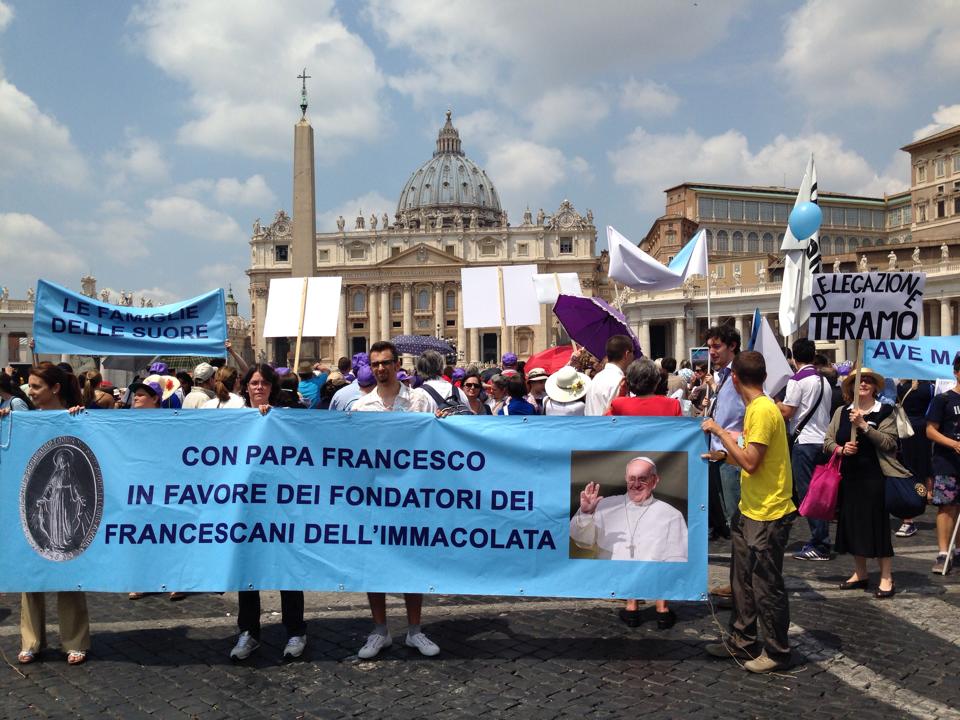 In  the  light  of  the  events  that  immediately  followed, this joint letter,  we think, clearly exerted a salutary influence on the Pontiff; for may we not refer  to it John's subsequent steps as here related?On January 3, the very next day after it was forwarded to him, John held a consistory in which he showed himself more than ordinarily tolerant towards those who had opposed him, and declared anew that he had never intended dogmatically to settle the question, but had only sought, as he was still seeking, to have all possible light thrown on it, with a view to having it set at rest for all time.

Seven days later, January 10, he wrote Philip VI, declaring absolutely false the report that he had sent the Minorite, Gerard Eudes, and the Dominican,  Arnold of Saint-Michael, to Paris for the purpose of winning favor or making proselytes to the doctrine he had  preached; he positively asserted that  such an idea had never entered his head. Again, on March 12, he wrote and admonished Peter Roger, Archbishop of Paris, of the order given at the late consistory, requiring cardinals, bishops and others to make a careful study of the question of the beatific vision and then to make known to the Pope the conclusion to which they should come relatively to the merits of the two debated theories on the subject. And finally, on March  20, he informed  Philip VI  by letter  that  Father Thomas Walleys had  been  transferred from  the  prison of the Inquisition to a room in his own Papal  Palace, and gave assurance that there he would be well treated. Here the English Dominican remained a prisoner until after the election of Benedict XII, John's successor.

Parts I and II of this series should be read first. 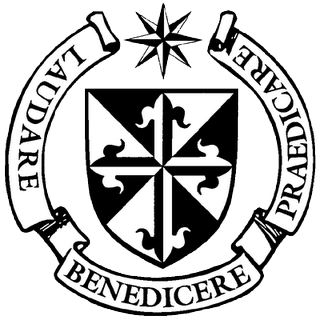 In our own day, when many tell us that the worst sin is not submitting to the will of the Pope, we do well to remember the example of the following three brave Dominicans. Hidden for far too long between the pages of dusty history books, I now intend to do my small part in bringing the heroic actions of these Catholic men to light. I will let Fr. O’Daniel tell their tales in their entirety:

Among those of the order who were made to feel the anger of John XXII, we shall single out three:

After considering many possibilities, I decided what can possibly be more charitable than assisting Neo-Catholic apologists to pray? And what do Neo-Catholic apologists pray? Well, among other things, they pray the Vatican II inspired Liturgy of the Hours issued by Paul VI in the 1970's. And found inside those Liturgy of the Hours as a Morning Prayer hymn is the song "Morning Has Broken."

Part I of this series should be read first. Click here: 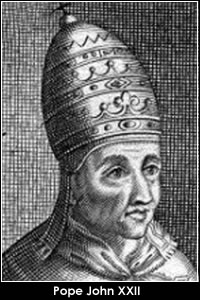 Once ignited, this crisis in the Church only began to spread like wildfire. So how did Pope John XXII react?

It was not long before vigorous protests and rumors of angry excitement began to pour in upon the Pope from the four quarters of the globe.  Alarmed at the storm he had stirred up, John XXII sought refuge behind the Scriptures and the Fathers, particularly St. Augustine. He maintained that he had not advanced the teaching advocated in his sermons as of his own making, but had taken it from the great Doctors of the Church, and from the Sacred Text itself… 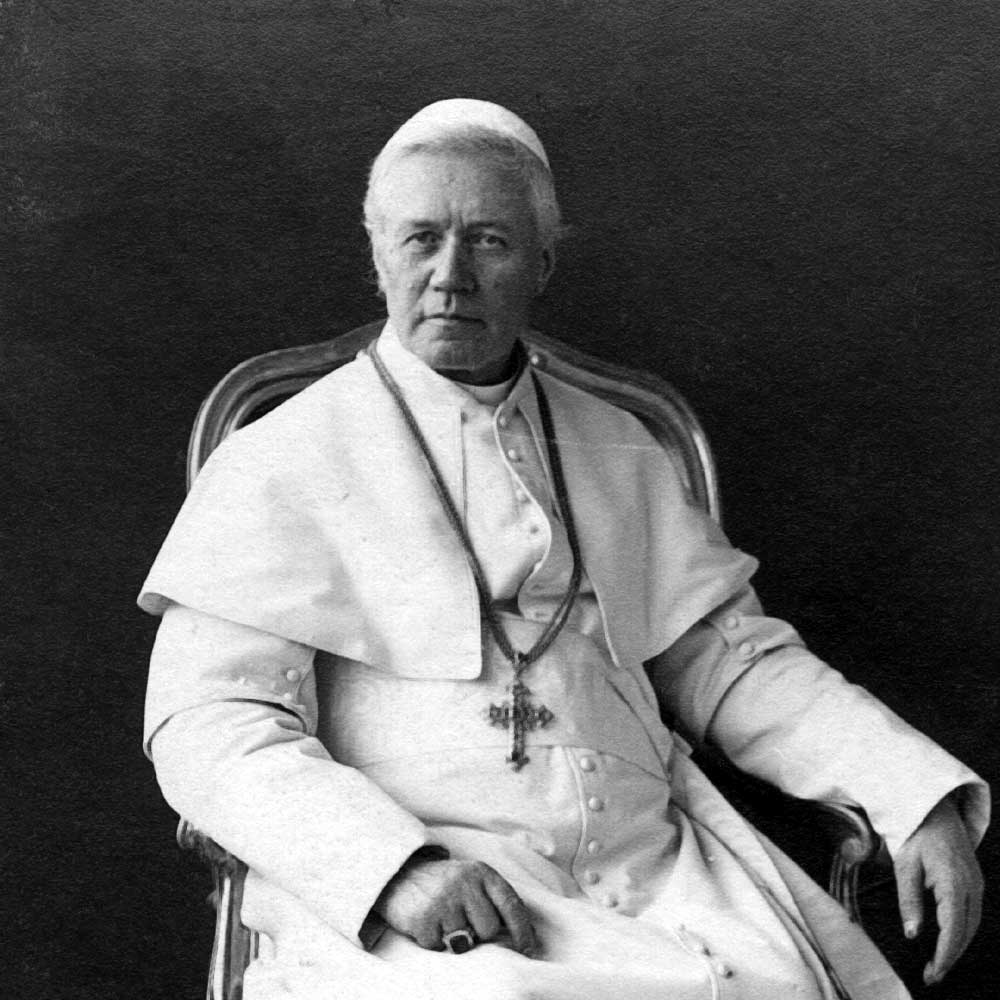 When I heard the news back on June 11th that The Pontifical Committee for Historical Sciences was organizing a “study day” on the Pontificate of St Pius X, my first reaction was to wonder what the Committee was up to. The Vatican has issued so few words about this illustrious Saint in the post-Conciliar years one would have thought he never existed. So why now of all times, in the midst of one the most liberal pontificates in history, would this Pontifical Committee choose to study Pius X?

The post-Conciliar era has been a time of great confusion in the Church. This is largely due to popes saying and doing things contrary to Catholic Tradition. The result has been a true crisis. Like every crisis, there have been a variety of reactions from the faithful and the clergy.

In order to sort out the best Catholic response to such a crisis, it often helps to look back at history. Sometimes one can find historical situations in the Church similar to our own. We can then take a look at how the Catholic faithful and clergy responded to a crisis in their own time to see if there are any parallels to our own day.

In this way we can discern what the proper course should be to lead us out of the crisis. The advantage of looking back is that we can see the means by which everything was resolved. Hindsight, as they say, is 20/20. 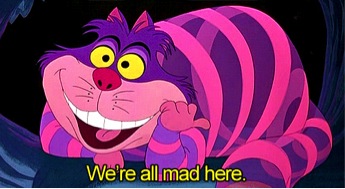 White’s crime? It seems she reported what Pope Francis did without also providing a list of fanciful Neo-Catholic excuses for his scandalous behavior. Unknown to Ms. White at the time, this constitutes a Neo-Catholic Cardinal sin. When one reads what Francis actually did, one sees why:

Reader Begins to Wake Up, Mark Shea Tranquilizes Him

It appears that things are getting a little antsy over in Neo-Catholic land. This Sunday a reader felt compelled to write Neo-Catholic apologist Mark Shea asking for reassurance regarding Pope Francis. He writes:

I'm really trying hard not to get concerned with this stuff. You were kind enough before to ensure me, someone new back to the Catholic Church, that I had no need to be concerned that the Church would change any doctrine. Please forgive me that I need reassurance.

First, the fact that a Catholic is actually writing a lay apologist asking for reassurance that the Church won’t change doctrine, might give a tiny clue that the Church is in an unprecedented crisis. It probably means the reader is afraid to express his concern to the hierarchy for fear of the answer he would get. The same hierarchy, mind you, that is sworn and bound to pass on the Deposit of Faith unchanged from generation to generation. The reader continues:

Published in Fetzen Fliegen
Tagged under
Read more...
Page 13 of 16