Written by  The Remnant Newspaper
Rate this item
(26 votes)

Publication Notice: This issue is dated December 25, 2016, and is currently in the mail.

But you can read it online right now! 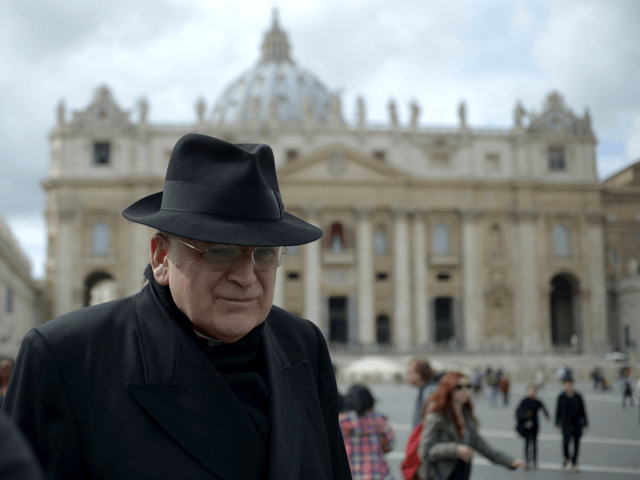 In this wide-ranging interview, learn what Cardinal Burke thinks of the liturgical reforms of Vatican II, the 'Church of Accompaniment,' the ‘Spirit of Vatican II.' Will he lose his red hat? What is his advice for faithful Catholics scandalized by it all? What’s a “formal correction” of a pope look like? This and so much more about the history-making dubia of the Four Cardinals.

Plus, a Remnant Update: No publishing changes, no subscription price increase as the Remnant’s print-edition surges ahead with new writers and an influx of new subscribers. (Thank you, Your Holiness!)


Avellina Balestri: And Thy Word Broke Their Swords: The Empowering Depth of Christmas

“One of the most moving and powerful Christmas reflections I’ve ever read.” – Michael J. Matt


Patrick Archbold: A Spark from Poland

We have both the Church and Government of Poland, against all odds and opinion, courageously responding to a direct request of heaven and enthroning Our Lord as King. What’s the connection between this and a prophesy of Sr. Faustina’s from 1938?

This is the largest statue of Christ in the world --the recently-completed Christ the King of Poland. 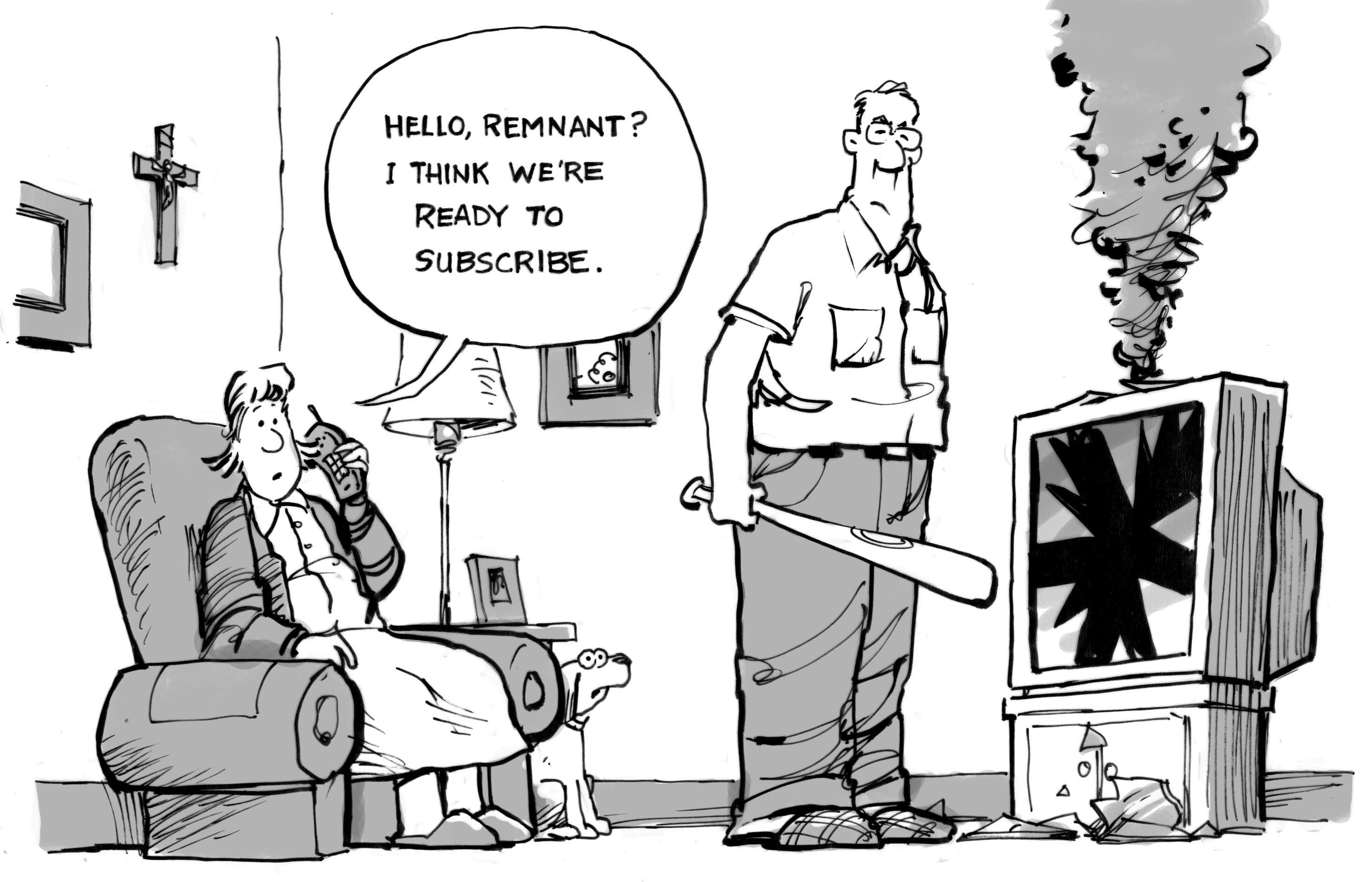 Susan Claire Potts: All Things Visible and Invisible: A Christmas Gift of Faith

Another soon-to-be-classic Christmas story from the author of “The Glory of the Olive.”

The Ghost of Christmas Future appears to you and me as a spectral but not grim figure, nothing like the ghost that appeared to Scrooge, because this ghost is none other than the Holy Ghost, Who is the Third Person of God.


Emmet Scott:   On the Political Front… Russia and the Moral Depravity of the Obama Administration

What’s really going on in Syria?

In our continued quest for gold buried away in the archives of The Remnant and The Wanderer, this one appeared in The Wanderer when Remnant founder, Walter L. Matt, was oversees fighting in the European theater of World War II. Very moving! For example: A stalwart, somewhere in the far Pacific, wrote his sweetheart a request: “I’ll receive Communion at midnight Mass for you. Please do the same for me. It will make me feel so close to home.”

Christians Displaced in Israel and Yugoslavia and remembering Cardinal Stepinac. Written by the founder of The Remnant on December 27, 1951

If You Don’t Like Nativity Scenes, Don’t Have One!


Hilary White: A Hopeful Sign…Sawing Off the Branch 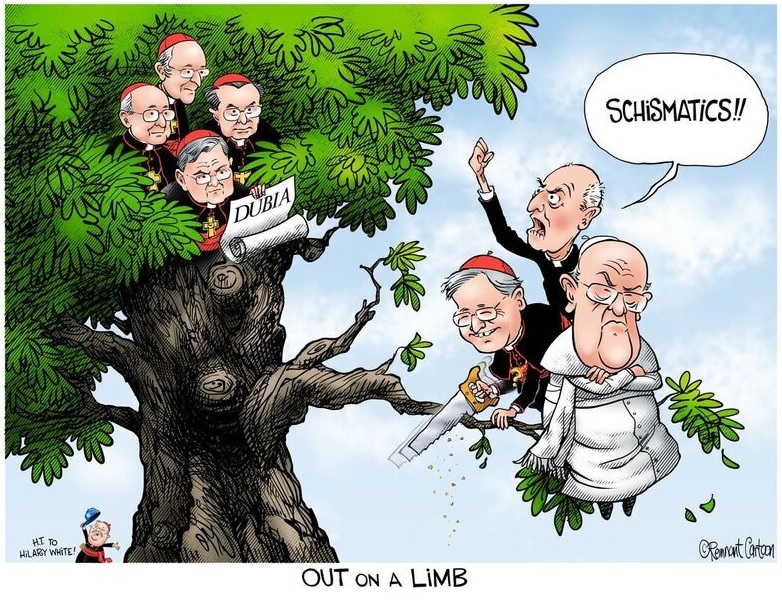 A brief but brilliant essay on the good that Pope Francis is doing by finally cutting off the branch on the whole revolution of Vatican II. Keep smiling this Christmas, and keep the Faith—it’ll soon be over.

Whatever happened to those imprecatory psalms? The elimination of imprecatory prayers has had the two-fold harmful effect of reducing the Catholic arsenal against forces of evil and dumbed down a sense among Catholics of the presence and ferocity of evil in the world. Mission accomplished, Modernists!

The Remnant Speaks Letters to the Editor—

The Church of Accompaniment
Slouching Towards Tradition
Erin Go Bad
Thanks to The Daily Beast, I Subscribed to The Remnant
Greeting from Ireland
The Orthodox Teaching, from an Orthodox Priest
If Luther was Right, then Catholics are Wrong: A Letter from Sweden
Pope Turns 80
Seeking Pilgrimage Partners
Remnant Tours’ Youth Fund

[Comment Guidelines - Click to view]
The Remnant values the comments and input of our visitors. It’s no secret, however, that trolls exist, and trolls can do a lot of damage to a brand. Therefore, our comments are heavily monitored 24/7 by Remnant moderators around the country.  They have been instructed to remove demeaning, hostile, needlessly combative, racist, Christophobic comments, and streams not related to the storyline. Multiple comments from one person under a story are also discouraged. Capitalized sentences or comments will be removed (Internet shouting).
The Remnant comments sections are not designed for frequent personal blogging, on-going debates or theological or other disputes between commenters. Please understand that we pay our writers to defend The Remnant’s editorial positions. We thus acknowledge no moral obligation whatsoever to allow anyone and everyone to try to undermine our editorial policy and create a general nuisance on our website.  Therefore, Remnant moderators reserve the right to edit or remove comments, and comments do not necessarily represent the views of The Remnant.
Read 11631 times Last modified on Monday, December 19, 2016