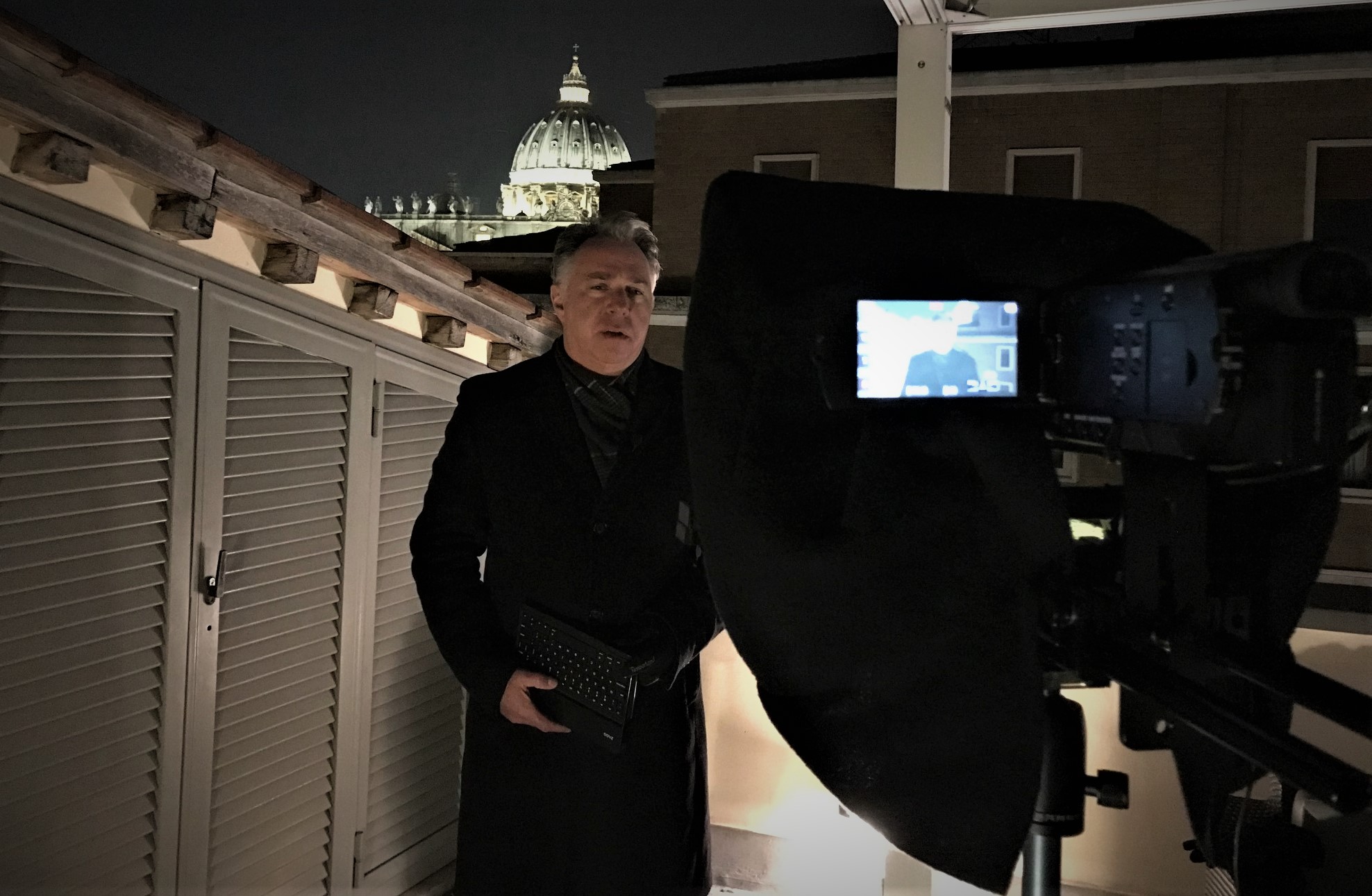 Reporting from Rome, RTV's Michael J. Matt interviews Rome's premier traditional Catholic leader, Roberto de Mattei of the Lepanto Foundation. The two men cover the fall of Francis, the Vatican's sexual abuse summit, homosexuality in the priesthood, Francis's "father and grandfather" (Carinal Martini and Carl Rahner) the revolution of Vatican II and the Catholic counterrevolution. Plus, the role of Our Lady in traditional Catholic resistance. To learn more about Roberto de Mattei: http://www.robertodemattei.it/en/

Walking along the Borgo Pio in Rome, Michael Matt shares some humorous thoughts on what might have been at this week's clerical sexual abuse summit had the Vatican not lost its Catholic mind years ago. It's just wishful thinking at this point:

Reporting from Rome, Michael Matt ends on a positive note. Francis has gone too far. He has no support outside of his inner circle of fools. The media, the abuse victims, the traditionalists -- they're all united on one thing: Francis can't be trusted; Francis is a huge problem. Michael is convinced that now, more than ever before, traditional Catholics need to advance now that it's clear in Rome that the great façade of Vatican II is collapsing before our eyes.

CNN's Delia Gallagher asks Cardinal Cupich the million-dollar question just before Cardinal Cupich loses his red hat. Reporting from the Vatican, Michael Matt comments on what's fast becoming a 'Pink Elephant Summit, with everyone ignoring the real problem but going on and on about 'synodality,' 'collegiality', 'pilgrim church', 'accompaniment', 'path forward', 'radical listening'--pretty much anything BUT the pink elephant in the room. And now these guys claim that because they've been listening to abuse victims here in Rome this week, they now know it's time to get serious about the abuse of minors. Are they joking? In 2019, these grown men had to travel all the way to Rome to figure out how serious abuse is? If this is true, they should resign for simply being way too out of touch with reality to be entrusted with the handing of this worldwide crisis. By the way, when are these men going to get around to apologizing to God for having done nothing while His bride was raped again and again over the course of decades?

Vatican journalist, Sandro Magister, asks the million-euro question today at a major Summit press conference here in Rome: "What about homosexuality?" The Archbishop of Malta's answer was epic -- so epic, in fact, that Michael asks the natural follow-up: "Well, was John Paul 'the Great' homophobic then, too?" Michael Matt offers a late-night follow-up from Vatican City in which he points out how Vatican ineptitude is such that all sides are growing impatient with Francis, including the angry protestors outside of the press hall today calling the Pope and the Summit out. Michael expresses solidarity with sexual abuse survivors who, not unlike survivors of spiritual abuse, have been intimidated over the years, bullied, and harassed by the same abusive shepherds. By the way, why is Cardinal Cupich playing a leading role here at the Summit on Abuse when he recently awarded Uncle Ted McCarrick the "Spirit of Francis Award"? And, finally, what's the point of all this? Both the crisis and the Vatican response, Michael argues, indicated why the Traditional Catholic counterrevolution was right all along.

Michael Matt Before the Vatican Summit on the Sex Abuse Crisis

Michael J. Matt tells us what he expects from the Vatican Summit (current mood: disillusioned), just before attending the press briefing on day 1.

Reporting from the Vatican, Michael Matt explains why Catholics around the world will not leave the Church despite the sexual abuse crisis but, rather, are resolved now more than ever to stay, stand and resist. On the eve of the Vatican Summit on clerical sexual abuse, Traditional Catholics stage a silent demonstration in Rome, followed by the answer to their prayer in the form of an eleventh-hour intervention from Cardinals Burke and Brandmuller. Plus, a major press conference provides opportunity for traditional Catholics to present the Catholic case to the mainstream media.

RTV in Rome: A Press Conference Statement on Clericalism by Michael Matt

This is a preview of tomorrow’s RTV program on the traditional Catholic counter-summit press conference today in Rome. Michael Matt’s opening statement on clericalism to members if the press. Catch our full report tomorrow on the Stop the Silence Demonstration and subsequent press conference:

Reporting from the Vatican, Michael Matt kicks off Remnant TV's coverage of the "Protection of Minors" Summit Meeting between Francis and over 100 prominent bishops of the Catholic Church, Orthodox leaders and representatives of women's groups. Will Archbishop Vigano's allegations come up at all? Or will the Vatican once again say a lot of nice words and do nothing in the face of the most serious crisis in the Church since the Protestant Revolt? Plus, what are the traditionalists going to be doing in Rome this week? Please subscribe to our YouTube channel:

Published in Uncategorised
[Comment Guidelines - Click to view]
The Remnant values the comments and input of our visitors. It’s no secret, however, that trolls exist, and trolls can do a lot of damage to a brand. Therefore, our comments are heavily monitored 24/7 by Remnant moderators around the country.  They have been instructed to remove demeaning, hostile, needlessly combative, racist, Christophobic comments, and streams not related to the storyline. Multiple comments from one person under a story are also discouraged. Capitalized sentences or comments will be removed (Internet shouting).
The Remnant comments sections are not designed for frequent personal blogging, on-going debates or theological or other disputes between commenters. Please understand that we pay our writers to defend The Remnant’s editorial positions. We thus acknowledge no moral obligation whatsoever to allow anyone and everyone to try to undermine our editorial policy and create a general nuisance on our website.  Therefore, Remnant moderators reserve the right to edit or remove comments, and comments do not necessarily represent the views of The Remnant.
back to top
Last modified on Friday, March 1, 2019