Criminal from the Gate 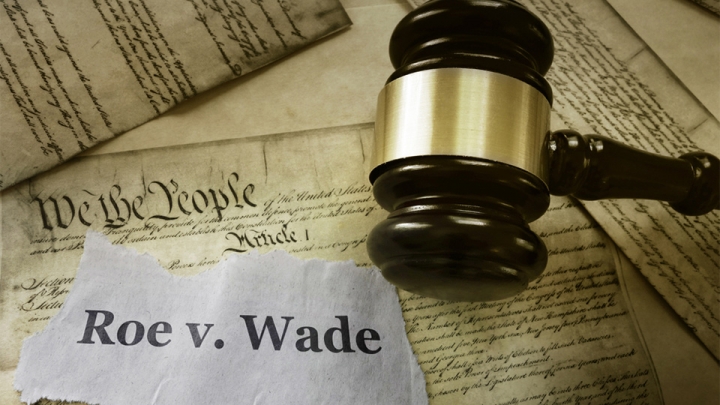 Of all the columns this space has hosted through the years, abortion has received plenty of ink.

Abortion gnaws at the American conscience because Roe v. Wade, which codified this horrific procedure into law, was the most egregious decision ever rendered by the U.S. Supreme Court. As a result, 65 million lives have been lost and counting.  If leftists were honest, they would admit abortion is unconstitutional and a legal abomination – a result of judicial activism – that must be undone.

The left remains in a tizzy over the continued slaughter of babies and considers abortion as American as methadone, shoplifting, and welfare. Leftists claim this gruesome procedure is healthcare for women, when they cannot even define what a woman is.

For the left, life begins not at conception but when you vote Democrat.

For the left, life begins not at conception but when you vote Democrat.

The war on the baby opened up a second front as the nation experiences a shortage of baby formula. A recent News-Item poll found that the majority believe abortion will return to the states, but most disconcerting was the 19% who did not care either way.

Memo to the left: provided the Supreme Court holds fast and overturns Roe, it will not end their most profane sacrament. Rather, abortion will be in the hands of the states and their elected representatives, like many other civil and criminal issues, underscoring how all politics is truly local.

The Supreme Court’s unprecedented leak of Justice Alito’s draft would overturn Roe as his opinion is consistent with Constitutional originalism. Whomever leaked the draft wanted and received the backlash we have been witnessing in the hope of coercing the justices to reverse their decision, which is still an option.

Intimidating and threatening members of the Supreme Court at their homes is straight out of a banana republic.

Intimidating and threatening members of the Supreme Court at their homes is straight out of a banana republic. Such tactics fail the constitutional order and like abortion itself is un-American. What about the life, liberty, and happiness of the unborn, the most innocent among us?

The vandalism of several Catholic churches and pro-life centers nationwide occurred ironically during Mother’s Day weekend. They underscore how the Catholic Church has stood steadfast in defending the unborn. Anti-Catholicism is alive and well in 21st century America. Leftists are today’s exemplars of the 19th century’s Know Nothing Party.

Commenting on Alito’s opinion, President Biden remarked: “The idea that we’re gonna make a judgment that is going to say that no one can make the judgment to choose to abort a child … goes way overboard.”  Biden, in his own jumbled and twisted way, admits that abortion kills a child. Those in cognitive decline tend to speak truths they comprehend.

Abortion is not a “Constitutional right,” but the poisoned fruit of the Sexual Revolution run amok.

How long does God bless a nation that aborts the most innocent among us?

Senate Majority Leader Chuck Schumer called Alito’s opinion a “dark and disturbing day for America,” while trying to codify Roe into federal law. From Schumer this is expected, but from Pennsylvania Democrat Sen. Robert P. Casey Jr., who has scandalously masqueraded as pro-life right up until he voted for the bill, it was not.

The bill did not pass.

Perhaps the pro-aborts who made it this far can answer a few questions. The consequences of ending Roe will save more babies, so why is this such a terrible thing? Why are Democrats like Biden and Casey who both claim to be practicing Catholics so driven to defend abortion?  Provided most Americans supposedly support abortion, why are you opposed to having each state vote on the issue? How long does God bless a nation that aborts the most innocent among us?

The right to control over our bodies is all the rage – except when it comes to vaccines, wearing masks and promoting adolescent transgenders.

Provided Roe is overturned women would not lose the right to vote, nor will the chains of slavery return. Alito’s spot-on opinion reconditions the Supreme Court to its founding role: an impartial arbiter of the law, rather than an activist judiciary beholden to the left.

The fight for life in the womb is far from over.

Abortion will remain legal in some form throughout our fruited plain for now. Provided Alito’s opinion holds, however, it is a large step in the direction of life and has leftist ideologues terrified.

[Comment Guidelines - Click to view]
The Remnant values the comments and input of our visitors. It’s no secret, however, that trolls exist, and trolls can do a lot of damage to a brand. Therefore, our comments are heavily monitored 24/7 by Remnant moderators around the country.  They have been instructed to remove demeaning, hostile, needlessly combative, racist, Christophobic comments, and streams not related to the storyline. Multiple comments from one person under a story are also discouraged. Capitalized sentences or comments will be removed (Internet shouting).
The Remnant comments sections are not designed for frequent personal blogging, on-going debates or theological or other disputes between commenters. Please understand that we pay our writers to defend The Remnant’s editorial positions. We thus acknowledge no moral obligation whatsoever to allow anyone and everyone to try to undermine our editorial policy and create a general nuisance on our website.  Therefore, Remnant moderators reserve the right to edit or remove comments, and comments do not necessarily represent the views of The Remnant.
Last modified on Friday, May 20, 2022