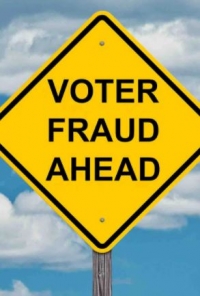 There are some Americans who have received numerous ballots in the mail over the past month that you’d think they were already deceased.  Who among us has not read or heard about mail-in voting shenanigans occurring throughout our fruited plain?

For Democrats there are no wrong addresses, only misplaced and uncounted ballots.  Covering elections years ago, the standard refrain throughout the Pennsylvania Coal Region was the Democrats always had a 500-vote advantage before the polls ever opened their doors.

Recently, military members from Pennsylvania had their ballots recovered along the side of a road, while trays of ballots were found trashed along a highway in Wisconsin.  The Newark, N.J. Star-Ledger reported a mail carrier was arrested by the FBI after being caught on camera tossing ninety-nine ballots in the garbage.

Supposedly all those ballots cast were for Republican Richard Nixon. Okay, they weren’t for Nixon, but the point is this election could be another 2000 Florida-election fiasco on steroids.

Project Veritas, a non-profit organization of investigative journalists, reported stolen ballots from senior citizens and public housing in Minnesota were confiscated among supporters of Democrat Rep. Ilhan Omar. They also released a video documenting a Hispanic woman in Texas, who claimed she was “bringing at least at least 7,000 votes to the polls.”

?? BIDEN ADMITS TO VOTER FRAUD! ??@JoeBiden brags about having the “most extensive VOTER FRAUD organization” in history‼️

Judicial Watch president, Tom Fitton, reports eight states including Pennsylvania have registered voters totaling in excess of 100% of those eligible, which violates the National Voter Registration Act of 1993.  Accordingly, the counties of Chester, Delaware and Bucks have failed to make reasonable efforts to remove ineligible voters from their rolls.

A federal judge in Wisconsin has allowed for an extra week to count mail-in/absentee ballots.  Another judge did the same for Michigan, but consenting for two weeks — both states in 2016 were won by razor-thin margins by Donald Trump.

According to David Becker, director of the Center for Election Innovation & Research, Nongovernmental groups have inundated Pennsylvania voters with mail ballot applications, contributing to a deluge of duplicates sent to dead folks, prior home owners and stray cats.

Pennsylvania Republicans have filed an emergency request with the U.S. Supreme Court hoping to undo a State Supreme Court ruling mandating that state election officials accept all mailed ballots up to three days after the election. With 20 electoral votes of the 270 needed to win the presidency, Pennsylvania, like Michigan and Wisconsin are among the most hotly contested states, with Trump winning Pennsylvania last time by 44,292 votes out of more than 6 million cast.

These ballot tales are as numerous as the votes they supposedly represent.

Properly applied for and submitted, absentee ballots are legitimate, but are often not counted unless in sufficient numbers.  Normally, one percent of mail-in ballots are disqualified.  According to the Wall Street Journal, in April’s Wisconsin Democratic primary, 2.5% of ballots were disallowed – the equivalent of three times Trump’s victory margin in 2016, where 134,000 Wisconsinites voted by mail.  This year, 1.8 million ballots are expected.

By voting in person, your vote is much more likely to count.

The risk of not getting counted is higher for absentee and mail-in ballots that are subject to challenge and disqualification that include questionable signatures and witnesses.  Who marked that mail-in ballot and were you unduly influenced or mentally competent when you did? What about your elderly mother’s ballot at the nursing home?  Did she really make the choice, or was she helped?  When mailing, did they offer to help others as well, or perhaps accidentally forgot to deposit them?

If Democrats lose the election, they will blame someone besides themselves.

Will it be a mere coincidence, or a calculated “discovery” of missing ballots in heavily Democrat areas, where the race is just too close to call?  Expect an army of Democrat lawyers to file lawsuits as these “missing ballots” are ripe for harvesting.

Examples of such subterfuge have existed before, and it defies logic to think that unscrupulous players will not be at it again.

Many voters have been influenced to believe that you should skip voting at the polls for fear of contracting COVID-19.

When the sanctity of casting one’s ballot becomes increasingly questionable voter fraud escalates, resulting in a direct threat to any election’s integrity and tainting the democratic process.

The most important civic duty one can do is vote – and vote in person if at all possible.

[Comment Guidelines - Click to view]
The Remnant values the comments and input of our visitors. It’s no secret, however, that trolls exist, and trolls can do a lot of damage to a brand. Therefore, our comments are heavily monitored 24/7 by Remnant moderators around the country.  They have been instructed to remove demeaning, hostile, needlessly combative, racist, Christophobic comments, and streams not related to the storyline. Multiple comments from one person under a story are also discouraged. Capitalized sentences or comments will be removed (Internet shouting).
The Remnant comments sections are not designed for frequent personal blogging, on-going debates or theological or other disputes between commenters. Please understand that we pay our writers to defend The Remnant’s editorial positions. We thus acknowledge no moral obligation whatsoever to allow anyone and everyone to try to undermine our editorial policy and create a general nuisance on our website.  Therefore, Remnant moderators reserve the right to edit or remove comments, and comments do not necessarily represent the views of The Remnant.
Last modified on Friday, October 30, 2020