Puer natus est in Bethlehem: Christmas Greetings from The Remnant 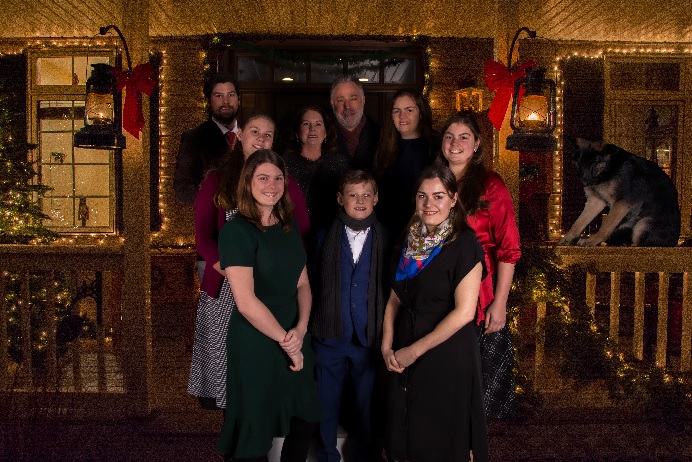 I WOULD LIKE to extend Christmas greetings to friends of The Remnant all over the world. I suppose we are all a bit more apprehensive about the future this year than last, and yet here at The Remnant, we feel closer to the “clans” this Christmas than ever before.

Whatever the future holds, one thing is certain: The army of God is stronger and more united now than it ever was in my lifetime, as Christ’s awesome presence is made manifest through its absence in the hearts and minds of sad and godless men.

Without Christ, Christians know to expect and anticipate only chaos, and so it’s hardly surprising that even Bethlehem would seem more enshrouded and difficult to find this Christmas, as new Herods plot to slaughter the childlike innocence of what's left of holy Christendom.

First they came for the Light of the World, and now they hunt the children of light. So be it! It is an honor, not a curse, to face the wrath of the godless in His Holy Name.

The very foundations of our Church are the catacombs of old, the walls of which are piled high with the bones of martyrs, heroes of the Colosseum, immortal reminders of the sainted giants on whose shoulders we seek to earn the right to stand.

Ever since Christ hung from the Cross, bracing for persecution has been a part of the Christian experience. And when it begins anew, as is happening now, we can have confidence that Hell has again failed to find and destroy the Child of Bethlehem, Who finds shelter in the hearts of the children of light.

This Christmas, as we defy the new Herods’ lockdowns, let us recall how perilous the path to Bethlehem must have seemed on that first Christmas. The world order then must have seemed just as tyrannical and Christophobic, as God Himself was made to comply with the executive orders of another benighted globalist regime.

As part of her “new normal,” Christ’s Own mother was made to travel through the night on the back of an ass, sleep in a barn and wrap her Child in rags.

There was no place for the Holy Family to sleep then, just as there is none now, apart from the stables of the children of light. The mother and foster father of God had to social distance, avoid large crowds, cover themselves in darkness and huddle with animals to stay warm.

But then, as now, God was in charge, and the hardships of that first Christmas were but the beginning of the redemption of the world, the foreword to the Greatest Story ever told.

That Baby wrapped in swaddling clothes was soon to be proclaimed King of the Universe, while the Caesars that persecuted Him were doomed to end their days in the company of Eden’s serpent, awaiting the heel of the virgin from Nazareth.

Our Lady’s trust in God would transform Bethlehem’s rude stable into Christendom’s nursery, and from that awful darkness, God lifted the most glorious sunrise the world has ever seen.

And today? Nothing has changed. COVID, the Great Reset, the New World Order — like pagan Rome, these will become the forgotten footnotes of history, while Christ will reign forever.

Christmas is here again, and we are off to Bethlehem. There is nothing Bill Gates or George Soros or Pope Francis can do to stop us from following the star. They have nothing but desolation and empty worldly ambition this Christmas, whereas we, huddled in the shadows of the stable, have that for which the whole human race waited for thousands of years.

Take heart, Christians! The encroaching darkness of Christlessness only makes the desert caravan of children of light that much easier to find. Clinging to each other, to humble shepherds and to a family bathed in the Light of the World, once we reach Bethlehem we'll happily choose the Pax Christi over the endless warfare of a New World Order.

Forget COVID. Let Biden be. Damn the New World Order! It’s Christmas time, and the men of Christendom will choose life over death, light over darkness and Christ over chaos now and until the end of time.

The holy war in which we must enlist is not easily won, nor will it be short lived. But neither should it be looked upon as a curse, for this is the greatest thing we have ever done, and indeed an honor conveyed upon us by God Himself...if we have the courage to accept it.

Dear Remnant Family, my wife and I, along with our seven children, are honored to walk with you to Bethlehem's stable where everything will be made new again and God Himself awaits our arrival.

Christ is born in Bethlehem, Alleluia!

[Comment Guidelines - Click to view]
The Remnant values the comments and input of our visitors. It’s no secret, however, that trolls exist, and trolls can do a lot of damage to a brand. Therefore, our comments are heavily monitored 24/7 by Remnant moderators around the country.  They have been instructed to remove demeaning, hostile, needlessly combative, racist, Christophobic comments, and streams not related to the storyline. Multiple comments from one person under a story are also discouraged. Capitalized sentences or comments will be removed (Internet shouting).
The Remnant comments sections are not designed for frequent personal blogging, on-going debates or theological or other disputes between commenters. Please understand that we pay our writers to defend The Remnant’s editorial positions. We thus acknowledge no moral obligation whatsoever to allow anyone and everyone to try to undermine our editorial policy and create a general nuisance on our website.  Therefore, Remnant moderators reserve the right to edit or remove comments, and comments do not necessarily represent the views of The Remnant.
back to top
Last modified on Friday, December 25, 2020
Tweet

More in this category: « CRASTINA DIE: A Meditation on the Nativity of Our Lord No Room at the Globalist Inns »