OPEN
OPEN
Search the Remnant Newspaper
Subscribe to this RSS feed
Monday, May 2, 2022

Interview with Fr. Murr, Author of "Murder in the 33rd Degree: The Gagnon Investigation into Vatican Freemasonry" 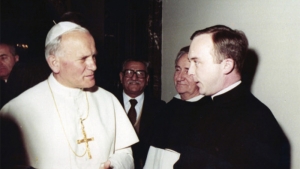 Fr. Charles Murr has just released his long-awaited book about an investigation into Vatican Freemasonry made by Archbishop Edouard Gagnon during the 1970’s. Murder in the Thirty-Third Degree covers the years Fr. Murr worked in Rome, including his time as assistant to Archbishop Gagnon, particularly focusing on 1975 - the “year of three popes.”

I first made contact with Fr. Murr after reading his delightful The Godmother: Madre Pascalina, A Feminine Tour de Force, and had the honor of speaking to him by Skype recently to ask some questions about his fascinating new book:

Kathy Clubb: Thank you for agreeing to speak to me, Father. Although you’ve written books on diverse topics, this is the second one you have written with a theme of intrigues swirling around the Vatican during the 1970’s. What led you to write this one that focuses on the controversial topic of Freemasons among the Roman Curia?

Fr. Murr: Strangely, it was Fr. Malachi Martin who encouraged me to write it. He and I had dinner together several times in New York, and I told him what I knew about Archbishop Gagnon’s investigation. He told me that if I didn’t write it, then he would! After that, I felt I had an obligation to contribute what I knew to the annals of the Crisis in the Church.

I realized the implications of having a Freemason as the architect of the New Mass. —Fr. Murr

Kathy Clubb: There have been rumors for many years that Archbishop Bugnini and Cardinal Baggio were involved in Freemasonry, but some doubt always remained. Even the great Michael Davies believed that their involvement could not be proven. Your book puts that doubt to rest - but was it only Archbishop Gagnon and the three Popes in whom he confided who knew the truth?

Paul VI was first told by Cardinals Staffa and Oddi in 1975, several years after his famous “smoke of Satan” comment. At that time, Cardinal Staffa was Prefect of the Apostolic Signatura (The Vatican’s “Supreme Court '') and heard that Bugnini was a Freemason in the Italian lodge. Using his contacts at Interpol and in Italian government intelligence, Staffa was able to verify Bugnini’s involvement. Both Cardinals went to Paul VI with the evidence, and this led to Bugnini being sent to Iran as Nuncio - a “sideways promotion” according to the Vatican’s perhaps misplaced policy of always employing the utmost diplomacy.

Staffa and Oddi were quite vocal about Bugnini’s ties with Freemasonry, so much so that a disinformation campaign was begun to try and discredit them. A list of more than one hundred alleged Vatican Freemasons was published around that time: among that long list of false Freemasons were the three or four true ones. 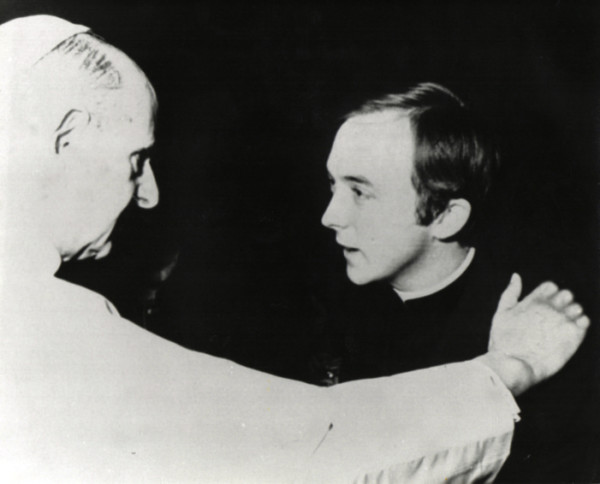 Kathy Clubb: Can you explain how the investigation was conducted and how it was received by members of the Curia?

After the Cardinals’ revelations, Paul VI asked his Deputy Secretary of State, Cardinal Giovanni Benelli, to further investigate the claims. Cardinal Benelli was able to confirm that Bugnini was a Mason and suggested that the pope authorize an investigation of the entire Curia. He recommended that Archbishop Gagnon undertake the inquiry, which Gagnon did, on condition that he was given complete independence in the matter.

Gagnon’s rooms at the Canadian College were broken into and ransacked about halfway through the investigation. —Fr. Murr

Gagnon was a very conscientious man and was extremely discreet. Although the investigation, officially known as an “Apostolic Visitation”, was announced by Pope Paul, only Gagnon and the Pope were aware of its ultimate aim - to find out who was involved with Freemasonry. Gagnon spent three years working on it full-time; he interviewed every single employee in the Vatican - even those who manned the doors.

It must have upset someone, as Gagnon’s rooms at the Canadian College were broken into and ransacked about halfway through the investigation. Gagnon wasn’t worried for himself but he was concerned about security for the other residents. That led to him moving to the Lebanese residence, where I was staying, because it had the tightest security in Rome.

Kathy Clubb: Of all the implications of having Freemasons at the highest level of the Vatican, what was Archbishop Gagnon’s primary concern?

Gagnon’s main worry was that Cardinal Baggio had named all the world’s bishops from 1972 to 1984. You see, in 1975, Pope Paul VI had decreed that bishops should retire at the age of 75 which meant that many needed to be replaced in a short amount of time. So Baggio was able to appoint many liberal-minded bishops during those years, including Theodore McCarrick.

During the conclave, there was a stalemate, as none had the two-thirds majority needed. Something that isn’t widely-known among traditionalists is that Cardinal Siri refused to give up his votes to Benelli. —Fr. Murr

Kathy Clubb: What would you say is the most important part of the book?

For me, the most important part is when I realized the implications of having a Freemason as the architect of the New Mass. My book mentions a conversation I had with my friend, Monsignor Marini -- and you must remember, this was in the days before the Code of Canon Law was revised. I remarked to Marini, “In other words, the new Mass, the Novus Ordo, was created by a Freemason, an excommunicate who, if he dies unrepentant, will appear before God already damned to hell.” Monsignor Marini replied, “No, not ‘in other words’ --  those are the very words!”

Kathy Clubb: It certainly is shocking to think that a Freemason designed the rite that has accompanied a widespread loss of faith, a disastrous decline in vocations and the disappearance of reverence for the Blessed Sacrament. You also pointed out that Bugnini had a hand in altering all of the sacraments. Perhaps you could explain how we almost ended up with the Freemason sitting on the Chair of Peter?

After the death of Paul VI in 1978, there were three strong contenders for the papacy: Cardinals Benelli, Siri and Baggio! This wasn’t really surprising since Baggio had appointed many of the bishops who had gone on to become Cardinals with voting rights.

At one point during the conclave, there was a stalemate, as none had the two-thirds majority needed. Something that isn’t widely-known among traditionalists is that Cardinal Siri refused to give up his votes to Benelli. He had become belligerent and wanted to win. So in order to stop Baggio from winning, Benelli lent all his support to Luciani (Pope John Paul I) and that gave him the papacy.

After he was shot and invited Gagnon back to work for him in Rome, John Paul continued to keep Baggio at the Vatican for another two years, even knowing that he was a Mason. —Fr. Murr

Kathy Clubb: It is quite disconcerting to learn that Archbishops Gagnon’s report was ignored by three successive popes: Paul VI, John Paul I and John Paul II. Which caused you the greatest disappointment?

The most disappointing thing for me was seeing the inaction of Pope John Paul II. He was in the best position to do something, but refused to take action. All his efforts went into his travels, and traveling is not a Pope’s primary obligation. Before every trip, he would spend three months preparing: learning a new language, familiarizing himself with bishops from the destination country and so on. The unsavory element within the Vatican loved it.

After he was shot and invited Gagnon back to work for him in Rome, John Paul continued to keep Baggio at the Vatican for another two years, even knowing that he was a Mason.

Kathy Clubb: Father, although your book is entitled, Murder in the Thirty-Third Degree, you don’t believe that Pope John Paul I was murdered. Can you explain the significance of the title?

As you know, Pope John Paul I reigned for only thirty-three days, and although in fairly good health, was known to have had some heart problems. After his coronation, the Pope asked Cardinal Benelli to become his Secretary of State. Benelli agreed on condition that John Paul personally sack Cardinal Baggio. Baggio agreed to see the Pope, after insolently refusing to do so.

Swiss guards who had been stationed outside the door testified to hearing Baggio shout at the Pope during the interview, and Baggio was in fact the last person to see the Pope alive. —Fr. Murr

The meeting took place in the evening -- something unheard of at the Vatican. Swiss guards who had been stationed outside the door testified to hearing Baggio shout at the Pope during the interview, and Baggio was in fact the last person to see the Pope alive. So although Baggio didn’t lift a hand against the Pope, the stress heaped on John Paul during the disastrous meeting led to a heart attack. Thus the Freemason Baggio was indirectly responsible for the Pope’s death.

Kathy Clubb: Father, it would seem that God’s hand was behind your close friendships with Archbishop Gagnon, Monsignor Marini and the other great men who worked in the Curia during the ‘70’s. It really is providential that you were able to witness these events first-hand then go on to enlighten the faithful about the Vatican’s Masonic infiltration.

I have had an extraordinary life and an extraordinary priesthood. This will be my last book, so it is part of my legacy to have let the world know that Paul VI initiated an investigation into Freemasonry, in the hopes that it will lend some clarity to the mess in which the Church now finds itself.

Catch the Latest at RTV — ELON MUSK: A Lost Boy in Post-Christian Neverland