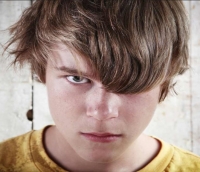 In the wake of the Parkland school shooting, while most of the media’s passionately clamoring against guns, one woman makes a far shrewder point:

By Suzanne Venker | Fox News:  My most recent article about the Parkland school shooting and its connection to fatherlessness prompted a tsunami of emails. In one of those emails, a man named Fritz asked what I considered to be the root of fatherlessness. I decided to write a follow-up article to answer that question.

The subject of “The Desperate Cry of America’s Boys” is a difficult one. To point out that boys need their fathers is to shine a spotlight on divorce and single mothers; and that is, admittedly, uncomfortable. But there’s no way to address fatherlessness comfortably.

The fact is, divorce and family breakdown—which, to answer my emailer’s question, is the root of fatherlessness—is catastrophic for children. There’s more than one reason why, but an obvious one is that in the majority of cases, divorce separates children from their fathers.

This is destructive to both boys and girls, but each sex suffers differently. Girls who grow up deprived of their father are more likely to become depressed, more likely to self-harm, and more likely to be promiscuous. But they still have their mothers, with whom they clearly identify. Boys do not have a comparable identification and thus suffer more from father absence. They also tend to act out in a manner that’s harmful to others, which girls typically do not

…When boys don’t have this model, they suffer. And when they suffer, society suffers. A majority of school shooters come from fatherless homes; and a study of older male shooters (think Steven Paddock of the Las Vegas massacre) produces similar results. Indeed, the consequences of fatherlessness are simply staggering.

The root of fatherlessness is deep and wide, but it ultimately rests in two things: our culture’s dismissal of men as valuable human beings who have something unique to offer—on the one hand, we tell them to ‘man up,’ and on the other we tell them manhood is the problem—and its dismissal of marriage as an institution that’s crucial to the health and well-being of children. This long-standing belief has been supplanted by the notion that marriage is about the emotional fulfillment of adults.

It is not. Marriage is about the needs of children, pure and simple. That’s how it began, and that’s how it remains. Children’s needs are the same today as they were one hundred years ago. It is we, not they, who have changed. Read her excellent article HERE

The Remnant will not be getting into the guns debate here. We've said our piece. We support Second Amendment rights. But this is so much bigger than that. If we don't address the fundamental problems that have developed in our society since we ran Christian Morality out of town and told God to go to Hell, it won't matter if we put the nation's schools in lock down, arm all the teachers with AR-15s and put state-of-the-art metal detectors in every doorway. The evil will continue to come in, the madness will only increase, and the pungent stench of death will continue to permeate the streets and classrooms of our precious New World Order.

You cannot possibly gun down all the monsters we're mass producing in progressive laboratories from sea to shining sea. Only God can save us now.

Published in Headline News Articles
[Comment Guidelines - Click to view]
The Remnant values the comments and input of our visitors. It’s no secret, however, that trolls exist, and trolls can do a lot of damage to a brand. Therefore, our comments are heavily monitored 24/7 by Remnant moderators around the country.  They have been instructed to remove demeaning, hostile, needlessly combative, racist, Christophobic comments, and streams not related to the storyline. Multiple comments from one person under a story are also discouraged. Capitalized sentences or comments will be removed (Internet shouting).
The Remnant comments sections are not designed for frequent personal blogging, on-going debates or theological or other disputes between commenters. Please understand that we pay our writers to defend The Remnant’s editorial positions. We thus acknowledge no moral obligation whatsoever to allow anyone and everyone to try to undermine our editorial policy and create a general nuisance on our website.  Therefore, Remnant moderators reserve the right to edit or remove comments, and comments do not necessarily represent the views of The Remnant.
back to top
Last modified on Thursday, February 22, 2018
Tweet