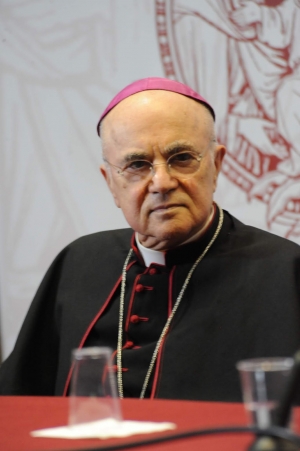 “If it is possible for this Pope to be for all practical purposes schismatic – and I would say also heretical – why could not that  Council also have been so?” - Archbishop Viganò

Introduction by Michael J. Matt: If in the long history of the Catholic Church there has been an event more vigorously contested among faithful Catholics than the Second Vatican Council, I’d like to know what it is. Some would argue that, some fifty years after the fact, the Council is emerging as the most polarizing event in Church history.

That the Council has been at the center of so much division and indeed confusion since its close in 1965 will be, perhaps, reason enough to prompt a future pope to declare its novel teachings null and void. But until that happens, faithful Catholics on both sides of the debate are left to rummage through the scattered fragments left in the wake of Vatican II explosion and try to make a Church out of them again.