Joe Dumbkirk and the Afghanistan Disaster 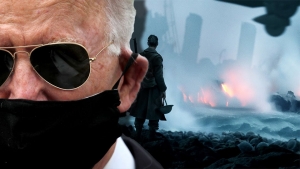 It was theatrical in its design and a Shakespearean tragedy in its unfolding. As the 20th anniversary of 9/11 approached, President Biden desperately desired a historical and symbolic end to the nation’s longest war.

Biden’s vision turned out to be nothing short of a ‘70s era U.S. military and intelligence debacle taken to an unprecedented scale paid for in American blood, fortitude and treasure.

Where are the resignations of all the generals and admirals who argued against capitulation?