Lies and Falsehoods: SSPX Under Fire 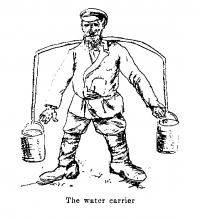 This just in from a certain prominent website: "The powerhouse organization of the radical traditionalist Catholic world is a sprawling international order called the Society of St. Pius X (SSPX), founded by the late French archbishop, Marcel-François Lefebvre, in 1970. Although there have been recent attempts by the Vatican to pull SSPX back into the Catholic mainstream, the organization, all of whose priests were excommunicated in the late 1980s, has continued to... reject any reconciliation with the Catholic Church.

"Lefebvre was on an advisory committee to the Second Vatican Council (1962-65), which enacted several liberalizing and modernizing reforms within the church. But the archbishop refused to sign the council's final reports on religious liberty and the modern church, the first sign of a rebellion that would only grow in later years. In 1970, he founded SSPX as a seminary in Ecône, Switzerland.

"In 1974, Lefebvre publicly denounced as heretical the Vatican II reforms and the subsequent adoption of the new Mass, celebrated in local languages instead of traditional Latin. As a result, Pope Paul VI ordered the archbishop to shut down his Swiss seminary. But Lefebvre refused to comply, leading the Vatican to suspend his right to perform priestly functions (a step short of excommunication) in 1976.

"In 1988, Lefebvre took his most radical step yet, consecrating four bishops in defiance of the Vatican. Pope John Paul II responded by excommunicating Lefebvre and all SSPX priests, and declaring SSPX in formal schism with the church.

"In recent months, the Pope has extended an olive branch to SSPX members, inviting them to return to the church. But the sect's leaders rejected the suggestion outright..."


REMNANT COMMENT: I'd be happy to link to the rest of this lying piece of leftist propaganda but I'm not in the habit of sending more web traffic to the notoriously far-Left Southern Poverty Law Center.  Yes, that’s right—this slanderous rot has been recycled by the SPLC since 2006 when they first launched their "Intelligence Report" against so-called "radical traditional Catholicism".  The SPLC's full report against the Society of St. Pius X was again regurgitated in 2015 in an "Intelligence Report" that was sent to law enforcement agencies all across the country. Ironically enough, it was sent to me just yesterday and, for a moment, I mistook it for one of Michael Voris’ newly launched attacks on the SSPX.

The SPLC is attempting to coerce government agencies into listing the SSPX as a hate group and to equate the battle for orthodoxy in Christianity in general today with hate and hate groups. To this end, they have targeted the American Family Association, the SSPX, The Remnant, and countless other pro-life, pro-family, pro-Latin Mass groups.

So why is Michael Voris and Church Militant TV spending this entire week trying to vilify the largest traditional Catholic priestly fraternity in the world by conducting a so-called “FBI investigation" of the "schismatic" SSPX? That's a good question. Perhaps we should ask Mr. Voris, especially now during the run-up to the Synod on the Family which promises to blow the human element of the Church into full-blown schism. Michael has nothing better to do? Really?

From our point of view and whether he realizes it or not, Mr. Voris is carrying water for the most dangerous secularist enemies of the Catholic Church today. In attempting to isolate the SSPX as a “radical” fringe group that is “outside the Catholic Church” he becomes a star witness for the SPLC, and thus ultimately aids those who threaten the freedom and wellbeing of large families, hundreds of priests who adhere to the old teachings on marriage and homosexuality, tens of thousands of children, and so many good and faithful Catholics whose only "crime" is to seek refuge in the SSPX and try to save the souls of their children during the worst revolution in history.

The last thing these folks need--the last thing any of us needs at this dangerous anti-family, anti-God and anti-Catholic moment--is Michael Voris trying to boost his ratings by publicly and loudly stabbing traditional Catholics of any sort in the back and playing directly into the hands of the infamous Southern Poverty Law Center.

For heaven's sake, Michael, knock it off! Stop carrying water for the bad guys.

[Comment Guidelines - Click to view]
The Remnant values the comments and input of our visitors. It’s no secret, however, that trolls exist, and trolls can do a lot of damage to a brand. Therefore, our comments are heavily monitored 24/7 by Remnant moderators around the country.  They have been instructed to remove demeaning, hostile, needlessly combative, racist, Christophobic comments, and streams not related to the storyline. Multiple comments from one person under a story are also discouraged. Capitalized sentences or comments will be removed (Internet shouting).
The Remnant comments sections are not designed for frequent personal blogging, on-going debates or theological or other disputes between commenters. Please understand that we pay our writers to defend The Remnant’s editorial positions. We thus acknowledge no moral obligation whatsoever to allow anyone and everyone to try to undermine our editorial policy and create a general nuisance on our website.  Therefore, Remnant moderators reserve the right to edit or remove comments, and comments do not necessarily represent the views of The Remnant.
back to top
Last modified on Thursday, September 17, 2015
Tweet

More in this category: « Christmas Stamps? Hell No! (Christophobia Alive and Well at the U.S. Postal Service) First Things Nails It (CLOWARD-PIVEN GOES TO ROME) »