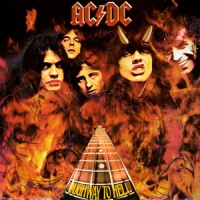 “Implacable, immutable, irreplaceable”, alliterate fans of the late Malcolm Young of AC/DC.  In the wake of his death, tribute after glowing tribute are surfacing on the web:

Young devised many of the band’s best-known guitar riffs, marking out tracks such as Back in Black, Highway to Hell and You Shook Me All Night Long and establishing them as one of the biggest rock acts of all time. Read The Guardian’s full tribute HERE

The Rolling Stones: "As rhythm guitarist for the legendary rock band, Malcolm Young served as an indispensable foil to Angus Young's arena-stuffing riffs."

Kiss' Paul Stanley: "The driving engine of AC/DC has died. A tragic end for a sometimes unsung icon. One of the true greats. RIP."

REMNANT COMMENT: On the Facebook page of a prominent neo-Catholic college, I happened to catch the following:  "As we approach our weekly celebration of the Paschal Feast, please keep in your prayers the repose of the soul of Malcolm Young, one of two guitar players from AC/DC, who died today. Malcom's contribution to his art and the evolution of music, especially Rock, was monumental and undeniable. We can only hope that he is now playing before the Throne of God, or awaiting his turn in Purgatory. RIP, Malcolm Young. The world is now without a great conduit of thunder."

He's just a kid, and I don't mean to beat up on him. But this strikes me as an almost amusing (in its absurdity) indicator of the diabolical disorientation that affects us all. That a bright, young Catholic fellow from one of the most Catholic colleges left in this country would actually hope this guy is playing before the Throne of God:

That’s right, folks, you heard it here first: Heaven, according to the Neo-Catholic best and brightest, is now going to be populated by the very cultural marauders their own grandparents believed were ushers of the Antichrist.

My apologies for that bit of video, by the way, but I’m beginning to suspect we're among the very few on the face of the earth who still see anything amiss here. Everyone else sees only fun-loving rockers having a good time.  And if you want to be taken seriously as a priest or Catholic commentator, say nothing about the legions of degenerates molting behind the screens to which your kids are addicted. What do you want to be, the Church Lady?!

Young neo-Catholics may be praying that we'll all be greeted at the pearly gates by Malcolm Young rather than St. Peter, or that the celestial hymn of angels may be drowned out by screaming AC/DC riffs for all eternity—but some of us are left to wonder why old Malcolm wouldn’t be riding that "highway to hell" he celebrated so famously in life. After all these years of devil’s horns, satanic salutes, drugs, sex and anthems to satanic license, he actually had no free will at all in the end? God’s just going to whisk him off to heaven anyway?

If degenerates who spend their lives promoting sex, drugs and rock 'n' roll can, at the end of the day, float merrily up to the happy place, then what's the point of the Church? The Sacraments? Everything for which we Catholics claim to be ready to die rather than deny? What's the point of any of it?

Malcolm Young was indeed a "conduit of thunder" whose wretched lifestyle and diabolical music negatively impacted entire generations of kids.  But nobody cares about that anymore. Nobody’s burning records these days. We’re Vatican II Catholics, and we’ve grown up.  You just wait for the Pope’s newspaper, L’Osservatore Romano, to come out with a glowing eulogy for Malcolm Young as they did for gender-bender rocker David Bowie. That’ll be awesome, dude!

And won’t The Remnant’s “hateful extremism” look silly then!

The dumbed-down theology and liturgy of Vatican II have evidently taken us all the way down the rabbit hole—to the place where unrepentant public adulterers receive Communion, unrepentant AC/DC rockers are numbered among the Communion of Saints, and faithful Catholics are no longer in full Communion with Rome.

Is it any wonder the old Latin Mass is all but outlawed on most of these Neo-Catholic college campuses, by the way? It's entirely too Catholic, it makes way too much sense, and it's got not place for AC/DC in heaven and public adulterers at the Communion rails.

Yes, sure, pray for poor Malcolm Young. You never know…miracles can happen.  And here's another point of view that, where the Neo-Catholics are concerned, might as well have been presented in Greek:

[Comment Guidelines - Click to view]
The Remnant values the comments and input of our visitors. It’s no secret, however, that trolls exist, and trolls can do a lot of damage to a brand. Therefore, our comments are heavily monitored 24/7 by Remnant moderators around the country.  They have been instructed to remove demeaning, hostile, needlessly combative, racist, Christophobic comments, and streams not related to the storyline. Multiple comments from one person under a story are also discouraged. Capitalized sentences or comments will be removed (Internet shouting).
The Remnant comments sections are not designed for frequent personal blogging, on-going debates or theological or other disputes between commenters. Please understand that we pay our writers to defend The Remnant’s editorial positions. We thus acknowledge no moral obligation whatsoever to allow anyone and everyone to try to undermine our editorial policy and create a general nuisance on our website.  Therefore, Remnant moderators reserve the right to edit or remove comments, and comments do not necessarily represent the views of The Remnant.
back to top
Last modified on Monday, November 20, 2017
Tweet