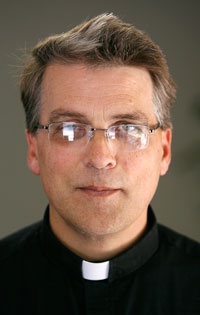 It would seem quite fitting for the Third Summorum Pontificum Pilgrimage to Rome to field three senior Cardinals as main celebrants of the three extraordinary rite pontificals scheduled for late October: H.E. George Pell in the traditional parish church of Santissima Trinità dei Pellegrini on Friday, October 24th; H.E. Raymond L. Burke on Saturday, October 25th in St. Peter’s Basilica; and H.E. Walter Brandmüller on Sunday, October 26th, in the Benedictine community in Norcia on the feast of Christ the King, October’s last Sunday in the Tridentine calendar.

The unprecedented development on the occasion of this third traditional pilgrimage is the fact that the religious services will be ushered in H.E. George Cardinal Pell, generally regarded as the highest-ranking prelate in the Vatican after his appointment in February 2014 as the first Cardinal-Prefect of the newly created Secretariat for the Economy to oversee the Vatican finances. But the former archbishop of Melbourne and Sydney is also known for his sensitivity in favour of the traditional liturgy, which he himself celebrates from time to time.

Interestingly, an increasing number of Anglophone clergy, including top prelates, feel attracted by the traditional Latin liturgy, and in this regard especially the US can be seen as a bastion of Catholic liturgical traditionalism, as is evidenced in the following interview with Father Timothy Davison, pastor at the Saints Peter and Paul Parish in Tulsa, Oklahoma.

Father Davison will be the chaplain of a US contingent from his diocese and graciously granted us an interview during a recent stopover in Rome. This third SP pilgrimage to Rome is again being organized by the "Coetus internationalis Summorum Pontificum", the worldwide network of lay and ecclesiastic associations that are busy seeking to implement in their own areas the motu proprio Summorum Pontificum whereby Benedict XVI in 2007 reinstated the pre-conciliar liturgy according to the 1962 missal.

Q. Thank you, Father. Can you please give our readers an idea of what motivated you to join the SP pilgrimage to Rome?

A.I have only been celebrating the traditional mass for about one and a half years, not very long. And when I was invited to join the pilgrimage to Rome as chaplain of the US group I had to think about it, because I have a parish, I have a school. I’m very busy; but after thinking about it I decided I needed to go, I need to be with other people who are experiencing this liturgy and its riches and that’s basically the motivation behind my acceptance of the offer to go along as a chaplain. I wanted to be with people to celebrate this event in the life of the Church, especially since I have been interested in the traditional liturgy for a long time.

So, in a nutshell, I decided to come along in this pilgrimage to find support and to also support those who are celebrating the traditional liturgy.

Q. What are the circumstances which led you to the decision to start celebrating the traditional rite?

A. My spiritual director for a time was a Benedictine, Father Mark Kirby, who is also known for having written the book “Abuse Of The Holy Eucharist Is A Cancer At The Heart Of The Church!” He had a big influence on my appreciation of the liturgy and its history, and the traditional liturgy especially. So through that influence and that of the monks in a monastery in our diocese, I decided that I would like to learn this liturgy and to celebrate it. Another motivation was my mother, who is ninety-four years old and who has asked me to do the traditional liturgy for her funeral.

All those reasons came together, and then I asked the Fraternity of Saint Peter to teach me to say the old Mass. They taught me and as I started celebrating I became more interested and very happy to learn it because it has given me a much deeper understanding of our Catholic liturgy and its tradition that I could not really have had from the Novus Ordo, even though I have been celebrating the Novus Ordo for my first seven years as a priest. But the experience of the traditional liturgy has deepened my appreciation of the mystery involved in the Eucharist, of the reverence and respect that naturally goes along with the gestures and so forth.

Q. Can you also tell us something about your parish and how your decision to start celebrating occasionally the TLM has impacted its life?

A. My parish has three distinct groups, starting from the English-speaking group served by priests celebrating the Novus Ordo in English. These parishioners tend to be older people, not too many young ones among them, and they are not too interested in the traditional liturgy; then we have the Hispanic portion which makes up the majority of the parish, but there is not a whole lot of interest there either; and then we have the third group, which is attached to the Latin Mass, but they were already going to another Latin Mass before, and so when they came over I ended up with servers, schola and everything I needed for the High Mass. So, I have these three distinct groups, and so far they have been staying pretty distinct. Some of the first two groups occasionally went to the Traditional Mass, but not too many seem all that interested.

Q. Unlike what many detractors of the old rite claim, it does not seem that your parish is experiencing a particular “spirit of division”…

A. Not at all. Everything is very peaceful and there is no problem, apart from trying to stretch myself to take care of the three groups. And celebrating the Latin Mass. Two low Masses a week on Mondays and Fridays and the High Mass every Sunday, takes more energy and time because it requires more work to celebrate it well, and learning the old calendar, the traditional and the ordinary form of the mass

Q. And what does the bishop say?

A. Our Bishop, Bishop Edward Slattery, is very traditional and, as far as we know, is the only bishop who celebrates the ordinary rite ad orientem and celebrates himself the Traditional Latin Mass. So, he is very open and favourable, I would say. In fact, on April 24, 2010, he celebrated a Pontifical High Mass in the extraordinary form to honor the fifth anniversary of the elevation to the papacy of Pope Benedict XVI at the National Shrine of the Immaculate Conception in Washington, DC. It was the first Solemn High Mass celebrated at the National Shrine in more than forty years, before a reported audience of 3,500 including dignitaries such as Cardinal William Baum, as well as nearly 100 priests and seminarians. Moreover, Bishop Slattery brought the Fraternity of St. Peter into the diocese, who are based in the Most Precious Blood Parish, formerly known as the Parish of St. Peter.

Q. You are very blessed to have such a traditional bishop. Could you tell us a bit more about his background?

A. Yes, you are absolutely right. He is seventy-four and soon approaching the retirement age of 75. He originally comes from the Diocese of Chicago and it is no coincidence that this city has played and is playing such a prominent role in the development and spreading of the TLM, thanks to the presence there of the parish of St John Cantius under the guidance of Father Frank Phillips, who in 1998 founded the Canons Regular of St. John Cantius, a Roman Catholic religious community of men dedicated to the restoration of the sacred in the context of parish ministry.

Q. Could you elaborate on this?

A. Well, St. John Cantius stands as an unique parish in the Archdiocese of Chicago. It’s here where the above Canons Regular are based, helping many Catholics discover a profound sense of the Sacred. As one can read in their website, their mission is precisely that of helping Catholics rediscover a profound sense of the sacred through solemn liturgies in both the ordinary and extraordinary forms of the Mass in Latin and English, devotions, treasures of sacred art, and a rich program of sacred liturgical music, thereby permeating their lives with a renewed faith. Its mission is reflected in the community’s motto: Instaurare Sacra (Restoration of the Sacred).

In particular they are also offering training to those clergy wishing to celebrate the TLM and it’s here where my parish comes back into the picture, in the sense that we have here a Mexican priest and when he came to my parish to be my assistant, he saw that we were saying the Traditional Mass and asked if he could learn it. So I sent him to St. John Cantius in Chicago and he was number 1000 that they trained. If we consider that the Fraternity of St. Peter has trained probably another thousand, there may be some two thousand priests who are saying the Traditional Latin Mass in the US.

Q. Has the extraordinary form also influenced the way you celebrate the ordinary rite?

A. Yes, certainly. The biggest influence is the spirit, the silence, the reverence, the extreme care with which everything has to be done, to make sure for example that no particle of the Eucharist falls on the ground and/or remains on the celebrant’s fingers, or the need for him to keep his index finger and thumb together until these have been rinsed. I don’t think it would be a bad idea for the new rite to recover traditional discipline in this matter, a discipline fostering reverence and awe at what we are privileged to do. In a nutshell, the whole Traditional Rite of Mass from the beginning to the end draws us into the transcendent mystery of God.

Q. Are you hinting at differences, if any, between the two rites?

A. Exactly. It’s almost as if with the gestures, the silence, the words you can’t help but to be drawn into the mystery and contemplation. It comes out very strongly. With the novus ordo I never had the same sense. I try to celebrate it as well as I can, I do it at orientem, I don’t give communion in the hand, I do not have extraordinary ministers—but even here it is definitely still not the same thing. In my parish I have to celebrate both forms, in order to cater for the majority, who do not understand and are not that interested to know the history of our liturgy, how the liturgy was celebrated throughout almost the entire life of the Church. But we are working on that and certainly we are not giving up. For example, as of August we have introduced on Sunday a low mass at seven o’clock with the reading and preaching in Spanish, so we may have some of the novus ordo Mass people come to that Mass and maybe through that to the High Mass with preaching in English, and maybe actually it will have an enriching effect on the whole parish. To put it frankly, I think it is already having just such an effect, because the people who come to the Latin Mass come dressed appropriately, they have to keep silence and reverence in the church, so the other people see that and as a result their own behavior is also being positively influenced.

Published in Remnant Articles
back to top
Last modified on Monday, September 22, 2014
Tweet

More in this category: « Has Burke just been freed from Curial restraint by Pope Francis? The Last Letter from London: Remembering Michael Davies »