Dear pilgrim: Right now, the closing mass of the Chartres Pilgrimage is being celebrated by Mgr. Descourtieux in the Basilica of Saint Peter in Rome on the altar of Saint Petronilla.

The video is only 40 minutes long, and if you begin to watch it you will I’m sure find your heart longing to hear the music of the mass again.

Do not give up hope we will overcome.

Our Lady of Christendom pray for us.

AMERICA BURNING: Trump, Francis and the War on God 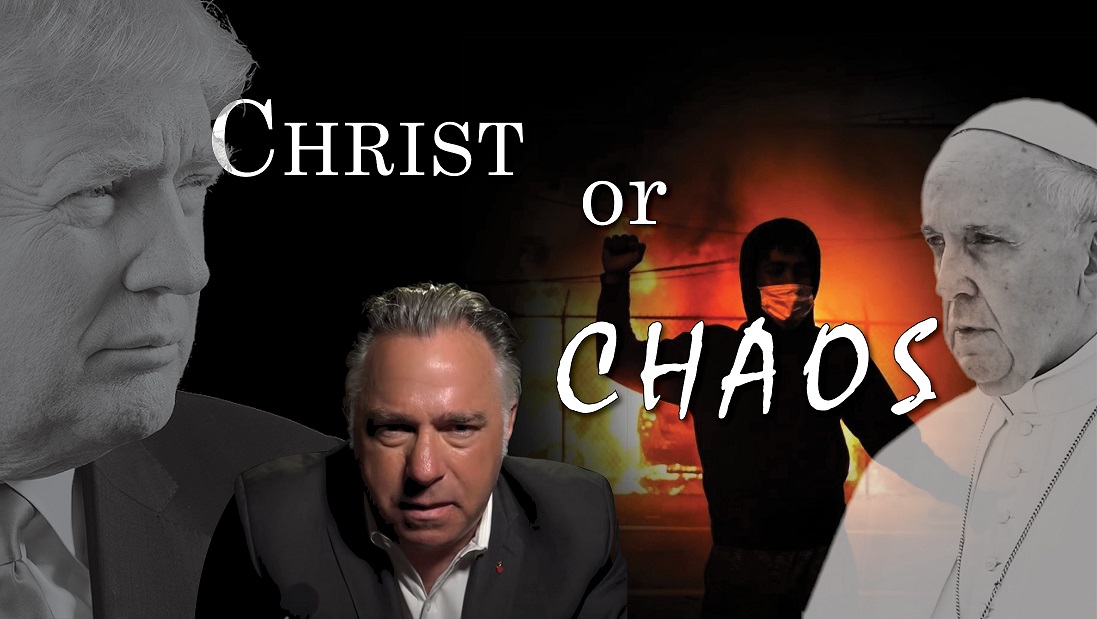 As the cities of St. Paul and Minneapolis descend into a state of emergency, Michael Matt discusses the root cause of this Godless madness--the total rejection of His moral law. The vile tragedy of George Floyd's murder is herein set in the context of the international lockdown which left millions (including Mr. Floyd) unemployed, desperate and addicted.

Plus, as professional leftist agitators descend upon our city and make a mockery of the tragedy that happened here, the liberal Democrat mayor of the city is decrying the violence and loss of respect for life and property. This is the same guy, by the way, who designated March 10 as "Abortion Providers Appreciation Day" here in Minneapolis.

Post-Covid Home Schools to Slow the Spread of Public Schools

An interesting part of the Covid silver lining is that people are beginning to look at a lot of things in an entirely different light: From the real agenda of the globalists, to the "Church of Accompaniment" (which has abandoned us), to the “humble pope” who couldn’t possibly be more self absorbed, to the real motivations behind the attempted destruction of the Latin Mass, to the importance of family interaction and less dependence on big government and now to home schooling.

Studies now show, in fact, that many parents who were dragooned quite unexpectedly into educating their children at home, have in recent weeks begun moving much closer to choosing the homeschool option even after the lockdown.

At what, please God, will be the last Sunday morning Parking Lot Mass here in St. Paul, Minnesota, Father John Echert expresses his gratitude to the Minnesota bishops who publicly defied their State's continued lockdown order by announcing that public Mass would resume on Pentecost Sunday, with or without the governor's permission.

Father explains why this extended lockdown was unjust, given that restaurants, bar and malls were being reopened. And he thanks President Donald Trump for essentially standing with the Minnesota bishops by calling for all governors to let us all go back to church, back to Mass and back to the Sacraments.

RESISTANCE is NOT FUTILE: Minnesota Governor Backs Down to Bishops' Defiance

They say the essence of statesmanship is compromise. Trouble is, I don't like compromise.  I prefer the damn-the-torpedoes-and-full-speed-ahead approach, which is probably why I'm publishing a Catholic journal of opinion rather than running the Catholic Church.

So when the bishops of my state united in public defiance against the heavy-handed lockdown extension order of the governor of Minnesota—an order which, through ignorance or malice (I don’t’ know which) was biased against religion—I was more than pleased and, in fact, pledged my newspaper (owned and operated here in Minnesota for 53 years) to stand with them in the face of whatever secular retaliation might be forthcoming.

TRUMP to GOVERNORS: "Open Up the Churches RIGHT NOW, this Weekend... or I Will Override the Governors" 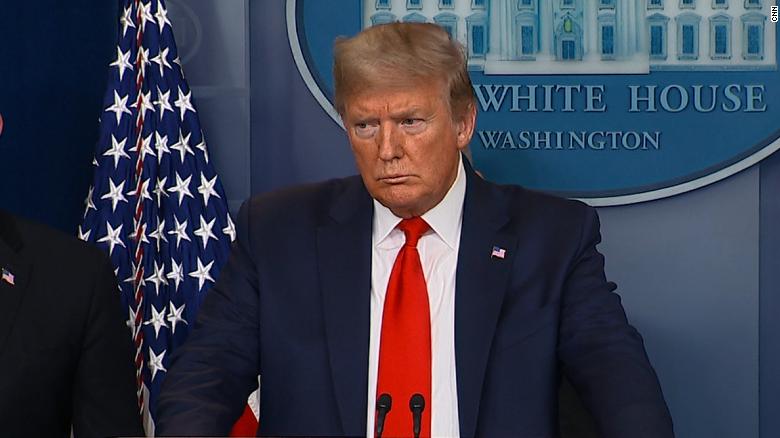 Today I identify houses of worship and synagogues and mosques as essential places that provide essential services.

Some governors have deemed liquor stores and abortion clinics as essential, but have left out churches and other houses of worship. It’s not right.

So I’m correcting this injustice and calling houses of worship essential!

The Remnant has long been an outspoken critic of the false ecumenism and pointless dialogue (for dialogue's sake) that seek to bury doctrinal differences between the various Christian denominations, in the name of tentative and oh-so-human unity.

That situations may arise, however, where religious groups with serious theological differences may nevertheless be obliged to stand together against an existential common threat to all religions, should not be included in the illegitimate and dangerous understanding of theological and false ecumenism.

At a moment when the spiritual leadership of our shepherds has been drastically curbed by secular authority, and yet where it is also more essential than ever, we are proud to announce that the Bishops of Minnesota have decided to defy the State of Minnesota’s increasingly draconian lockdown of Minnesota's religious houses.

Led by the Archbishop of the Archdiocese of St. Paul and Minneapolis, Most Rev. Bernard A. Hebda, the bishops of five other diocese have cosigned a respectful but firm letter of defiance, announcing that they will reopen Minnesota’s Catholic churches for public Masses on the 26th of May, in order to allow parishes time to prepare for the celebration of Pentecost on May 31, 2020.

UP UNTIL RECENTLY, those who opposed the slaughter of the unborn in their mothers’ wombs held a monopoly on the pro-life philosophy. For years, pro-abortion Democrats have been grappling with the ghoulish reality that in order to win elections, they must defend the inalienable “right” to terminate the lives the most vulnerable people in the world: unborn babies. The more squeamish among them didn’t exactly cotton to this, for the obvious reason that it rather handily transformed them into bedfellows of monsters. And so they waged war over vocabulary, insisting that they are not “pro-abortion” but rather “pro-choice,” not “pro-death” but “pro reproductive rights”.

Anything, but that which best conveyed the bloody truth of the matter.

In your charity, please pray for the repose of the soul of a dear friend and ally of The Remnant who passed away on May 2, 2020 at 99 years of age.

One of General Douglas MacArthur’s actual ‘old soldiers’, Major Robert K. Dahl spent his last days battling the Covid19 virus after having spent a lifetime battling Modernism in the Church and its bastard child: The New World Order.

Having distinguished himself in the US Marine Corps in the Pacific Theater, including the liberation of the Philippines, Robert Dahl was an American soldier and patriot, but he was a Catholic first.

I was honored to interview Mr. Dahl in the pages of The Remnant a couple of years ago, when he shared his opinion that the Democrats of his day had exploited Pearl Harbor in the war against the America First movement: “The circumstance of the 1941 Japanese attack on the U.S. Fleet at Pearl Harbor, Hawaii, served Roosevelt’s anxious design to find a way to enter World War II. It also served to quiet the ‘America-First’ antiwar political movement, very much alive since 1920, especially in midland America.”

I have no doubt that Mr. Dahl would vigorously oppose the Democrat’s political exploitation of the Covid pandemic to serve their own war against the America First movement of our day, currently headed up by Donald J. Trump.

Published in Headline News Around the World
Tagged under
Read more...
Page 1 of 252