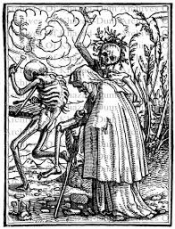 Triple marriages, polygamy, homosexual unions—oh my! How horrible! Of course anyone with faith and sense would oppose them unless opposing the ideas concerned, and offending the people espousing them, might mean disturbing a pope or a bishop.

Chris Ferrara’s recent posting on Karl Keating reminded me that I wanted to weigh in on the dull, drab subject of Catholic “conservatives” just once more before the year’s end. In doing so, I would like to insist, yet again, and in all seriousness, that what we are dealing with in addressing this matter is a severe psychological problem; a particular illustration of the general mental illness from which all the varied representatives of “enlightened” modernity suffer.

Reason is ultimately of no value in confronting the phenomenon. Traditionalists are wasting their breath trying to pin these tragic victims down with Aristotelian logic. And since the patients in question will not seek out a traditionalist Catholic psychiatrist’s couch, it is better that Remnant readers employ their valuable breath in prayer to help such souls in torment.

In one manner or another, all “conservative” Catholics suffer from a commitment to “first things” that amounts to “one thing”: a single-minded, smug, and totally mindless dedication to the defense of the Anglo-American religious and cultural mentality inherited from the Glorious Revolution and passed on to the Founding Fathers. The method they adopt is always the same: 1) avoid taking theological and intellectual discussion of profound contemporary problems to its fully logical and inevitably divisive moral consequences; 2) deny that the errors of a long-lasting – and thereby supposedly “traditional” –historical Zeitgeist (coming from1688, from 1776/1787, and from the One and Only Ecumenical Council of the 1960’s), as well as the missteps of the legitimate authorities responsible for creating and perpetrating it, have played and continue to play a crucial role in shaping our current religious and cultural lunacy; 3) satisfy oneself that the discovery of a few words uttered by modernist- but Founding Father-friendly prelates on behalf of something superficially Catholic provides an adequate defense of Apostolic Tradition; 4) ridicule from Olympian heights the petty lamentations of the Traditionalist hoi poloi who obstinately refuse that escape route from iron-clad judgments on doctrinal and moral matters offered to all reasonable gentlemen by the Gospel according to St. John Locke; and, almost always, 5) ensure that nothing disturbs what is really most important in life—namely, protection of one’s donors and their hedge funds. I’m sorry for resorting to this sophomoric term, but I cannot think of anything other than The Stupid Party to designate what sincere foot soldiers of such a methodology represent in the hopelessly divided Catholic contemporary environment.

Anyone interested in the history of conservative involvement in this historically “Whig” approach to the dumbing-down of those crucial issues of Faith and Reason that alone give meaning and dignity to human life and all its tragic suffering should look to Blanford Parker’s The Triumph of Augustan Poetics (Cambridge University Press, 1998). Here, he will find ample proof of the unchangeable way in which honest seekers of the fullness of Catholic Truth labor under exactly the same insufferably petty, ferociously anti-intellectual, and spiritually insipid assaults in 2014 as those concocted by the smug men of the Moderate Enlightenment of the late 1600’s. A direct line leads from the Restoration mockery of “divisive” religious, intellectual, and moral “exaggerations” to be found in Samuel Butler’s Hudibras (1663-1678) to that of the “masters of them that know” in the conservative Catholic religious Establishment in our day.

Triple marriages, polygamy, homosexual unions—oh my! How horrible! Of course anyone with faith and sense would oppose them! No Yellow Brick Road to religious and social disorder for us! Unless, that is to say, opposing the ideas concerned, and offending the people espousing them, might mean disturbing a pope or a bishop! Or, perhaps, blocking the taking of a toast, a tea, and a good cigar—not to speak of the sealing of a donation or a profitable Deal—with those of Suitable Station to whom one has been Properly Introduced. A little Common Sense please! Surely no one could deny allowing a modest pathway to a prudent accommodation with the spirit of the times! How socially inept! And what a danger to the bank account!

What makes Catholic Whig conservatives mentally ill is their schizophrenia. Yes, some of the people involved in this camp know exactly what they are doing—emasculating Faith and Reason for base political and material motives. But the vast majority of the foot soldiers are victims who suffer from what St. Cyril of Alexandria called dypsychia. They have two souls. They really do believe in the Catholic Faith, but are driven by the Zombie Platform of the Stupid Party subtly to destroy everything that they sincerely cherish. They are condemned by their smug Whiggishness to permanent participation in a dance macabre preventing them from taking a break to recognize that they have been driven stark raving mad (See my article “Pluralia and the Danse Macabre” for further discussion of this sad topic http://jcrao.freeshell.org/Pluralia.html ).

Whig conservatism has proven to be the most effective means of pushing Catholics over the edge since its unfortunate birth. It is so much “cleaner” to praise a religious toleration putting Catholicism on the same level as aerobic spiritualism and prevent public moral judgments than banning church services outright. It is so much more pleasant annihilating Sunday by turning it into just another shopping day leading from church to bargain than striking the horrid feast entirely from some new revolutionary calendar.

Still, lest we forget, all of modernity promotes mental illness—its radical and violent French and Russian revolutionary forms as well as its moderate and smiling Anglo-American variety. It does so because it is all founded upon a naturalism that refuses to admit that sin has flawed God’s glorious Creation, and that natural man needs help, not only to gain eternal salvation, but also to use his rational faculties properly. These three quotations from Luigi Taparelli d’Azeglio (1793-1862), a magnificent Catholic counterrevolutionary whom conservative Catholics are now using and distorting to promote their absurd program, sums this truth up perfectly:

Once they abolished the supernatural realm and returned to pagan rationalism, the modernizers of society found that they could not stop. They had to continue their demolition, beginning with the moral truths that serve as a foundation for the existence and order of society, and then society’s whole natural organic structure….All that remains to do now is to have the individual unlearn all the essences of things, deny all the laws of logic, and burrow into the Night of complete ignorance in order that he be said to reach the apex of perfect liberty.” (“The State and the Fatherland”, La Civilità Cattolica, Series I, Volume 7, 1851, 45; “The Guests of Casorate”, Ibid., I, 1, 1853, 31.)

Starting with the words “I am free” and their new-found spirit of independence, men began to believe in the infallibility of whatever seemed natural to them, and then to call “nature” everything that is sickness and weakness; to want sickness and weakness to be encour- aged instead of healed; to suppose that encouraging weakness makes men healthier and happy; to conclude, finally, that human nature [conceived of as sickness and weakness] possesses the means to render man and society blissful on earth, and this without faith, grace, authority, or supernatural community . . . since “nature” gives us the feeling that it must be so. (“Modern Representative Orders,”Ibid., 1, 61851, 497–98.)

The truth is that the universe is the work of an infinite wisdom of which no man can change the nature, although he may be free to deny it. The nature that is denied by man through thought and doctrine is then denied by him also in practice. A man’s struggling with nature is an insane war against God, wherein the mortal cannot hope to triumph, but, rather, is certain to be defeated. To concede, therefore, to all men the freedom to wage this war, to blindfold their eyes so that they may not see their sores, their defeats; to concede the freedom of error to oppress the truth, may well be the momentary delirium of blinded intellects and the suicide of frenetic societies; but it can never be the durable basis of civilization, never the hoped-for foundation of a new society. (“Blind Man’s Bluff,” Ibid. 3, 5 (1857), 17).

I rest my case—for the remainder of this year.

Some friends tell me that a few “conservative” Catholics of renown are so disgusted by recent events that they are changing their tune. If so, welcome back to the land of the living! And beg St. Pius X, patron of divisive righteous conclusions and actions, to pray for your colleagues still dancing the danse macabre.

Published in Fetzen Fliegen
back to top
Last modified on Tuesday, November 4, 2014
Tweet

More in this category: « Would Pope Francis Canonize a Non-Catholic? As the Bishops Turn Up the Heat, Should the SSPX Sign a Deal? »