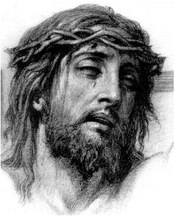 Seemingly every news item and controversy today, both secular and in the Church, comes down to the topic of this essay.  People today are engaging in all manner of hand-wringing and self-delusion, trying desperately to reconcile what they are told are “necessary contradictions” in every facet of life: interpersonal, secular governmental and Ecclesial.

Many people today, especially among orthodox, believing Catholics, seem to struggle with questions like these, seemingly unable to process the correct course of action when an authority – be it within the hierarchy of the family, the workplace, the state or The Church – tries to convince, compel or coerce them into doing something that is clearly against the Natural Law, Divine Law or Magisterium of the Church.

These questions are NOT difficult.  They only become difficult when two dynamics come into play:

1.)  The heresy of Americanism and

2.)  The lack of a personal relationship with Jesus Christ

I sit here chuckling to myself as I write this, because the two items above are guaranteed to alienate pretty much every single person who reads this.  All of the secular readers, and those not just outside of The Church, but outside of the Traditional, Fundamentalist (that’s for you, Fr. Longenecker) remnant, will be horrified by my denunciation of Americanism as a heresy.  Just to make sure you all know exactly what the Americanist heresy refers to, it is that which we have all been taught is the greatest thing evah, the thing that made ‘Merica and its Constitution the New Jerusalem dropped down from heaven itself: the separation of Church and State. Two of the most well-known Americanists today you may have heard of: Archbishop Charles Chaput and Neo-Catholic Wannabe Aristocrat, George Weigel.

And, of course, all of the Trad Catholics will despise me for using the term “personal relationship with Jesus Christ”, because it is a phrase coopted by Protestants, and/or because it conjures thoughts of John Paul II personalist phenomenology.  As a snarky aside, whenever I think of personalist phenomenology, I always remember the Dennis Miller stand up bit from back in the day about the stoner trying to get all deep and philosophical, asking, “Hey man, is the color blue to you, the color blue to me?” The riposte, “I dunno.  Why dontcha check the crayon box, moron.”  Indeed.

By “personal relationship with Jesus Christ” I simply mean remembering, believing and actually acting like The Triune Godhead is a personal deity.  Not an abstraction. Not a symbol.  Not an anthropomorphized philosophy. Not the excuse someone cooked up to create a matrix for liturgical fetishism. Not a legal code and nothing more. God is a Person – a Triune Person, of which the Second Person is Incarnate – True God and True Man.  Many Catholics, including some Trads, get really squirmy and uncomfortable when such talk comes up.  “Oh, she’s a convert…”  “Don’t mind her, she’s one of those keeners…”

So now that EVERYONE is offput, let’s get to the point of the essay.

A wife cannot give her husband permission to cheat, because if the husband violates the Sixth Commandment, even if the wife truly does not care, Christ does, and Christ stands at the Pillar and takes the stripes for the mortal sin of adultery. Permission CANNOT be given to flog until skinned Our Sweet Lord.

Sodomites cannot give each other permission to engage in their perverse activities, because it is Christ who asphyxiates on the Cross for it.

There is no such thing as a “harmless lie” because every declaration of untruth as truth, mocks The Truth Himself as He hangs on the Cross.

And so, when a state enacts laws that are contrary to the Natural and/or Divine Law, those laws are, as St. Thomas Aquinas said, “no law at all”.  Lex iniusta non est lex.  To argue otherwise is to argue that the State is superior to God, and that the State can not only give dispensation or permission to the individual to torture, mock and kill Christ, but that the state can licitly coerce and compel such.

America, under its Freemasonic Constitution lasted for 236 years only because it dared not openly declare itself to be ABOVE God, but existed in a state of winking détente, and Natural and Divine Law still informed secular law – although the delinkage and evanescing of the bond began almost immediately, and really picked up steam in the early 20th century.

Today as we see on a daily basis, the former United States is in open war against God, His Church and both the Natural and Divine Law.  Any state that demands and coerces its citizens to flagellate, mock and crucify Jesus Christ, the Sovereign King, has forfeited its legitimacy and power of governance.

And, sadly, as we must also point out in these extremely dark days, neither can a Pope give permission to torture and kill Jesus Christ.  The current Pope has spent the past three years implying that very thing – that “mercy” is nothing less than permissiveness. Permission to do what? Torture, mock and kill Christ – and in doing this monstrous act of psychopathy, we will then prove that we have “faith” – or so they tell us.  But they are liars, and murderers, as is their father.

Discerning these questions really isn’t difficult when one simply acknowledges that Jesus Christ is in fact the King of the Universe, and we love Him as Our Sovereign King with all our hearts, souls and minds, and not as the democratically elected president of the church-which-is-a-401c3-completely-separate-and-apart-from-this-or-any-other-state-because-the-constitution-tells-me-so-amen.

I hope this helps.

Furthermore, I consider that Islam must be destroyed.

[Comment Guidelines - Click to view]
The Remnant values the comments and input of our visitors. It’s no secret, however, that trolls exist, and trolls can do a lot of damage to a brand. Therefore, our comments are heavily monitored 24/7 by Remnant moderators around the country.  They have been instructed to remove demeaning, hostile, needlessly combative, racist, Christophobic comments, and streams not related to the storyline. Multiple comments from one person under a story are also discouraged. Capitalized sentences or comments will be removed (Internet shouting).
The Remnant comments sections are not designed for frequent personal blogging, on-going debates or theological or other disputes between commenters. Please understand that we pay our writers to defend The Remnant’s editorial positions. We thus acknowledge no moral obligation whatsoever to allow anyone and everyone to try to undermine our editorial policy and create a general nuisance on our website.  Therefore, Remnant moderators reserve the right to edit or remove comments, and comments do not necessarily represent the views of The Remnant.
back to top
Last modified on Wednesday, April 6, 2016
Tweet

Ann Barnhardt spent 15 years in Denver as a commodities broker, specializing in cattle and grains and serving small-to-medium sized livestock and grain producers in the former United States and Canada.  After shuttering her firm in the face of massive, systemic corruption in the financial markets and government, Barnhardt declared a federal tax strike, liquidated her estate, and now lives "off the grid". She blogs at www.Barnhardt.biz on matters pertaining to the Church, politics, islam, and economics, including monetary theory, banking theory, derivatives and arbitrage. She was born into Jesus Christ and His Holy Church at the Easter Vigil of 2007.  She found the Gregorian Rite in July of 2008, and never looked back. She wears, on occasion, trousers.

More in this category: « Should Civil Law Forbid Abortion? If So, Should It Punish Those Who Violate the Law? More Theological Confusion Follows Pope's Meeting With Methodists »