Written by  Christopher A. Ferrara
Rate this item
(17 votes) 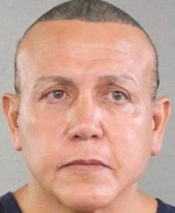 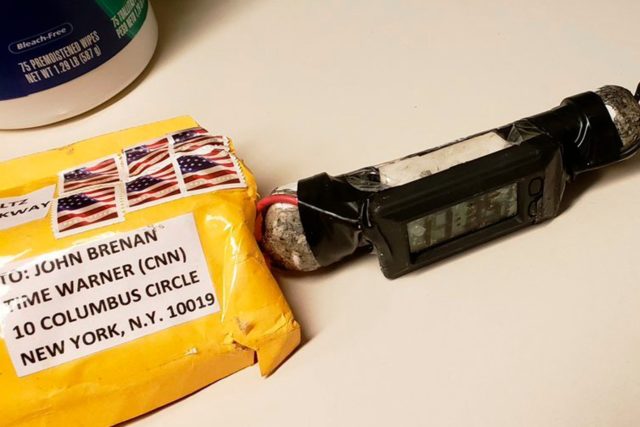 Scott Stewart, a private risk management consultant who was a special agent with the State Department's Bureau of Diplomatic Security, where he worked in counter-terrorism and “post-blast investigations,” concludes that  “the images and other details released regarding these devices make it very clear that they were intended more to alarm than harm” and that “the devices were not intended to detonate, but to be discovered and create panic and mayhem. What better way to ensure your prop devices receive lots of attention than sending them to prominent individuals, such as a former president and a former secretary of state, and a media company?”

Designed to be discovered! Not intended to detonate! Prop devices! Stewart’s recognition of the hoax prompted a fusillade of fury in the comment box from enraged Democrats along the lines of “How dare you diminish the importance of our precious bombs!”

Also seemingly intent on maximizing the “threat” posed by Sayoc’s props was FBI director Christopher Wray.  Having failed to execute Peter Strozk’s “insurance policy” for the ouster of President Trump by framing him for the non-existent, non-crime of “colluding with the Russians,” the Federal Bureau of Insurrection now clearly has a motive to exploit Sayoc’s supposedly pro-Trump hoax as the Deep State’s latest to bid delegitimize the Trump presidency.

Accordingly, Wray gave this laugh-inducing lawyerly description of “bombs” that cannot explode: “[E]ach device consisted of roughly six inches of PVC pipe, a small clock, a battery, some wiring and what is known as” —get this — “energetic material, which is essentially potential explosives and material that give off heat and energy through a reaction to heat, shock or friction…”

Potential explosives!  Just the thing if one is building a “potential bomb”—meaning not a bomb. Now, there is a technical term “energetic material”, which embraces three categories: explosives,  propellants and pyrotechnics.  Tellingly, Wray did not say that the fake bombs contain explosives as such, given that the “bombs” did not and could not explode.  Nor did he specify what type of “energetic material” they do contain.  He also chose very carefully the phrase “heat and energy” to describe what might happen if someone tried hard enough to induce a chemical reaction in whatever the “energetic material” is, which he isn’t about to tell us lest the revelation provoke more laughter. It seems that one of Sayoc’s “pipe bombs,” if shaken vigorously enough, might be useful in relieving low back pain.

Also tellingly, Wray failed to explain what function the small clock, the battery and “some wiring” are supposed to have. That is because—as he knows but will not say—these features have no function at all, being merely visual adornments of prop devices incapable of producing any sort of explosion.  And it was rather sneaky of Wray to mention “a battery” without also mentioning that the battery was inside the useless “small clock.”  Better to imply falsely that the battery was part of a triggering device.  But Wray conspicuously failed to claim that the “bombs” had triggers because it is obvious they have none, being merely prop devices.  Hence the fake bombs lack any internal means even to administer “friction” or “shock” to the mysterious “energetic material” in order to emit “heat and energy.”

Obviously, Sayoc must be prosecuted and punished for his mailed threats.  And we should welcome a prosecution and trial, as opposed to a quick plea bargain, because the legal proceedings might well reveal some interesting details about his defenses, true motives and modus operandi.  Details THEY don’t want you to know.

Meanwhile, what is to explain the determined effort to make infinitely more of Sayoc’s fake bombs than, say, the actual bullets that nearly killed Congressman Scalise and wounded three other members of Congress, or the actual deadly poison, ricin, that was mailed to President Trump and Defense Secretary Mattis, or the white powder actually received by Vanessa Trump, who had to be rushed to the hospital—or, for that matter, the innumerable assaults on Trump supporters by deranged leftists?

Of course, the question is rhetorical.  It is self-evident that Sayoc’s hoax is very useful to the Deep State and its media accomplices in their relentless campaign to eradicate the Trump presidency and return power to those from whom Trump so improbably snatched it away, just when they thought they were on the cusp of an irreversibly final triumph.

But it hasn’t worked.  And now the media jackals are frothing with rage over the apparent failure of Sayoc’s clumsy hoax to peel off any Trump voters in the final days before the midterm elections.  At the latest Trump rally in North Carolina, the crowd chanted more lustily than ever before that CNN you-know-what.  Trump supporters understand that no matter what the stickers on his van might say, Sayoc is really CNN’s fake bomber.  He is just another item of the fake news CNN and the rest of the mainstream media breathlessly report 24/7 in a ceaseless storm of anti-Trump hysteria that may well outlast Jupiter’s dwindling Great Red Spot.

[Comment Guidelines - Click to view]
The Remnant values the comments and input of our visitors. It’s no secret, however, that trolls exist, and trolls can do a lot of damage to a brand. Therefore, our comments are heavily monitored 24/7 by Remnant moderators around the country.  They have been instructed to remove demeaning, hostile, needlessly combative, racist, Christophobic comments, and streams not related to the storyline. Multiple comments from one person under a story are also discouraged. Capitalized sentences or comments will be removed (Internet shouting).
The Remnant comments sections are not designed for frequent personal blogging, on-going debates or theological or other disputes between commenters. Please understand that we pay our writers to defend The Remnant’s editorial positions. We thus acknowledge no moral obligation whatsoever to allow anyone and everyone to try to undermine our editorial policy and create a general nuisance on our website.  Therefore, Remnant moderators reserve the right to edit or remove comments, and comments do not necessarily represent the views of The Remnant.
back to top
Last modified on Saturday, October 27, 2018
Tweet

More in this category: « DAY of the DUDS: Fake Bombs for Fake News Uncomfortable Lessons: How I learned the difference between “conservative” and Traditional, the hard way »