The Son of God in the Land of the Rising Sun: A New Book on the Catholic Church in Japan 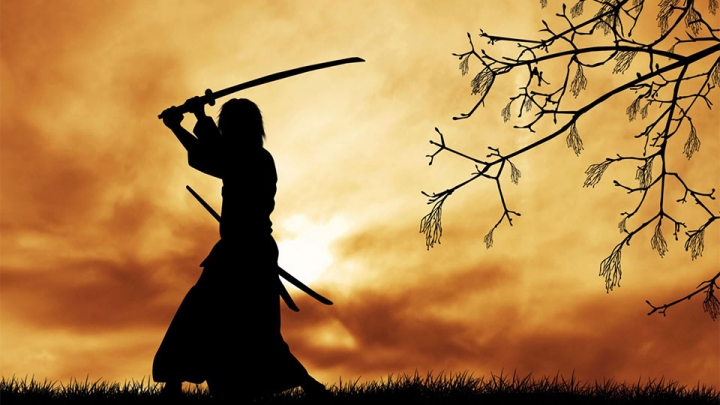 "In a manner reminiscent of Clavell’s Shogun, Masaru transports the reader to medieval Japan with realism that delights the senses, offering up a blend of history, philosophy and adventure. Based on events little known to those in the West, Masaru artfully presents the faith with a compelling synthesis of action and dialog. Calling upon his own heritage and experiences living in Japan, the author brings to life with vivid textures the characters and settings of the tale. Timeless truths of the faith are presented with fidelity, yet in a manner that is both refreshing and provocative. This is a must-read for anyone who appreciates Japanese culture, lovers of history and philosophy, or those who simply enjoy an exceptionally well-told story."  —Jeffrey Bond, PhD, The University of Chicago

Reader review:
Reviewed in the United States on November 27, 2021

"I haven't encountered a book like this in years - a blend of adventure, rich characters, history, language, and cultural traditions. It was hard to put down, and many of the scenes and scenarios lingered in my mind throughout the day. These historical events and the bravery and sacrifice of so many deserve to be more widely known. What an inspiration for our times! I've ordered numerous copies as gifts for friends and our school." —Nick

In the mid-16th century AD, Christianity arrived in Japan. Heralded by daring Jesuits from Spain and Portugal zealous to bring the Gospel of Jesus Christ to the four corners of the earth, Christianity soon took root in that distant land. At that time, Japan was fractured among warring states as feudal lords known as daimyo vied for supremacy. From the first day, the Catholic faith found surprising acceptance among Japanese of all social status and within fifty years, Japanese converts known as Kirishitans numbered in the hundreds of thousands.

But with the advent of a unified Japan under the powerful Tokugawa shogunate in the early 17th century, things began to change. While the Tokugawa shoguns appreciated European weapons and trade goods, they had little use for the foreign religion, whose success came to be viewed with increasing suspicion and hostility.

Shiro Nakagawa comes from a family of recent converts living near Hitoyoshi castle on the island of Kyushu. A young man of the samurai class, Shiro studies to be a healer, but has also heard the call to become a Catholic priest. His plans for the future, however, are disrupted when the Shogun in Kyoto orders all churches closed throughout Japan. All gaijin priests are to be expelled from the country. All Christian practices and images are summarily banned. This order leads to widespread persecution, abuse and even slaughter of Christians throughout the islands.

When the small church of Saint Michael in Hitoyoshi is closed, its priest Fr. Olivera arrested, and his friend Kumiko brutally attacked, Shiro knows he must take action. Along with his boyhood friend, Tomi, Shiro embarks on a mission to rescue Fr. Olivera and defend the helpless Kirishitans of southern Kyushu. Along with an army of ronin and outraged villagers, Shiro captures the castle at Yatsushiro, sheltering tens of thousands of Christian refugees. But even as the spark of justified resistance begins to burn, Shiro and his comrades realize that it's only a matter of time before the Shogun’s army descends upon Yatsushiro in full force deploying new and terrifying European weapons.

Masaru is an historical novel which paints the travails of the first Japanese Christians in brilliant colors. Author Michael T. Cibenko utilizes his expert knowledge of Japanese culture and language to create a memorable and authentic epic of early Christian Japan which entertains the reader while effortlessly conveying a lesson on this fascinating and complex period of history.

A graduate of the University of Montana, Michael T. Cibenko spent his early 20s teaching English in Kumamoto Prefecture, Japan. During that time, he became enthralled with the local culture and the devotion of the close-knit community of Japanese Catholics. It was here that his own Catholic faith revived and also where he met his wife, a native of Yatsushiro. A student of history, Michael became interested in the Shimabara Rellion of 1637—an ultimately unsuccessful uprising of Japanese Christians led by Catholic samurai Shiro Amakusa. It was this research that would flower into the historical novel, Masaru. 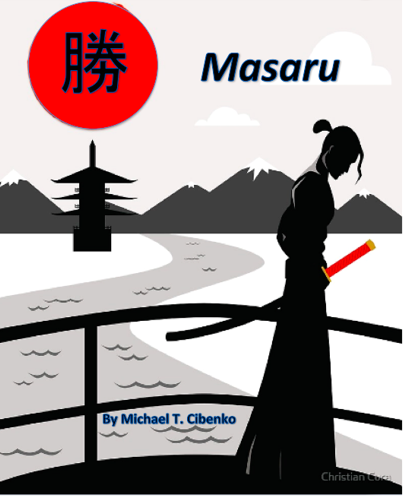 “Be like wheat whereas the taller you grow, the lower you bow your head to the ground.” (Japanese proverb)

The warm drops upon his head brought Shirō back to the moment of his baptism. He and his mother had received the rite of Christian initiation on the very same day in the small church near the headwaters of the Kuma River. It was six months after her thirty-third birthday, and five months after his fifteenth. Ritual had been nothing new to Shirō. In the first month of that same year, he had gone through the genpuku, the rite of passage in which a samurai received his helmet, armor, and sword. The meticulously crafted and deadly katana, along with its shorter companion, the wakizashi, was more than a weapon. It was an extension of a warrior’s soul.

Shirō Nakagawa was, in many ways, very much like any other boy growing up in the rural region of central Kyūshū, the southernmost of Japan’s main islands. He enjoyed the company of friends, and afternoons spent fishing along the banks of the Kuma. He was tall for his age, something about which he was more self conscious than proud. He had a tendency to slightly slouch, something that his grandmother, Obaasan, was continually correcting. She would poke him with one bony finger in the back, just hard enough to cause a little discomfort, and chide him saying, “Shisei, shisei! — posture, posture!”

He believed himself too skinny, and attempted constantly in vain to gain weight by eating onigiri rice balls as quickly as Obaasan or his mother could make them. He even tried to get them to make chanko nabe, the protein-rich stew consumed in large quantities by the sumo wrestlers of Edo, Nagoya, Osaka, and Fukuoka. But meat was not so easy to come by. Neither the rice balls nor his daily ritual of physical training did much to add girth to his slender frame, something he inherited from his mother. Still, he was healthy and strong, and, while generally regarded as attractive, there was an almost feminine quality in the features of his face. In this regard also, he had the look of his mother about him. From the age of twelve, he had allowed his hair to grow, and he wore it most times in a ponytail that he kept tied high at the back of his head.

Shirō was in many ways like the other boys in his village of Watari, but not in all ways. He liked to spend considerable, what some believed to be inordinate, time alone. Many mornings he would wander off to one of the hillsides, simply to walk and be alone with his thoughts, or find an isolated meadow where he would lie and stare up at the clouds. Though his family harbored some degree of concern about him, Shirō always made sure to be home before dark and in time for bangohan, the evening meal.

His father, Hiromu Nakagawa, was of the warrior class and served under Lord Yanazume, master of Hitoyoshi Castle and its surrounding lands. Yanazume had become one of the many converts to the new religion that arrived with the men from Spain and Portugal on the big ships with their billowing sails. They arrived with the man called Francis in the year 1549 A.D., the twenty-third year in the reign of the emperor Tomohito, about seventy years before Shirō was born. Upon his own conversion, Yanazume had encouraged all his subjects to become followers of The Way, and they did so by the thousands. He had even enjoined all warriors wishing to remain in his service to be baptized. Should they choose not to, they would be fairly compensated before being released.

[Comment Guidelines - Click to view]
The Remnant values the comments and input of our visitors. It’s no secret, however, that trolls exist, and trolls can do a lot of damage to a brand. Therefore, our comments are heavily monitored 24/7 by Remnant moderators around the country.  They have been instructed to remove demeaning, hostile, needlessly combative, racist, Christophobic comments, and streams not related to the storyline. Multiple comments from one person under a story are also discouraged. Capitalized sentences or comments will be removed (Internet shouting).
The Remnant comments sections are not designed for frequent personal blogging, on-going debates or theological or other disputes between commenters. Please understand that we pay our writers to defend The Remnant’s editorial positions. We thus acknowledge no moral obligation whatsoever to allow anyone and everyone to try to undermine our editorial policy and create a general nuisance on our website.  Therefore, Remnant moderators reserve the right to edit or remove comments, and comments do not necessarily represent the views of The Remnant.
back to top
Last modified on Wednesday, December 15, 2021
Tweet
More in this category: « A Politically Incorrect Guide to Celebrating 500 Years of Catholic Mexico World War Woke »